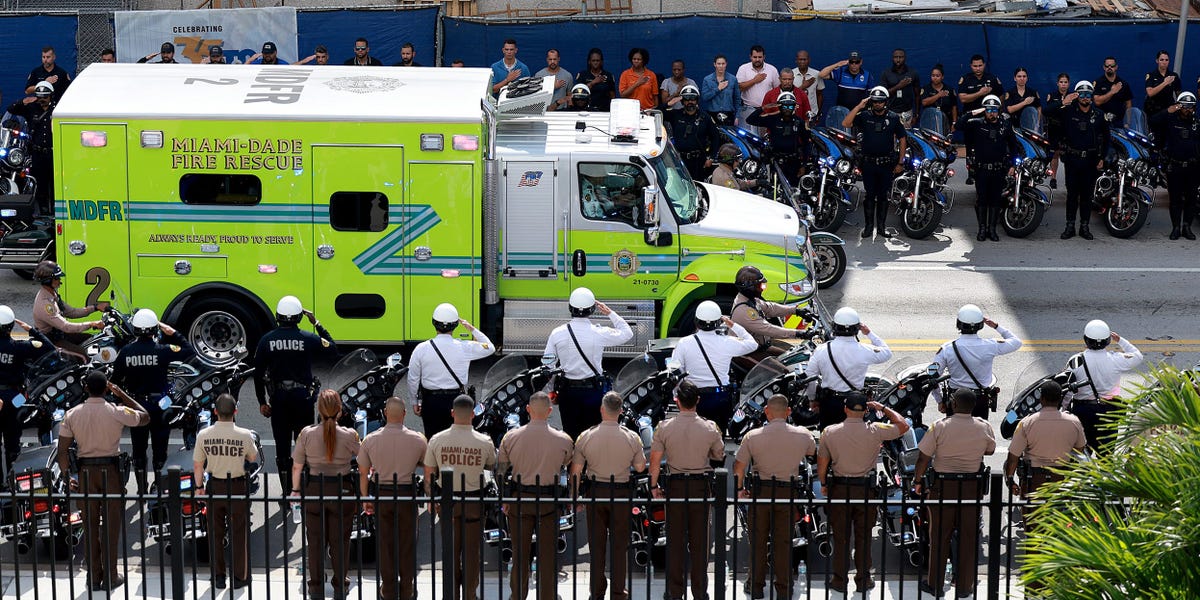 A Miami firefighter has been fired after text messages surfaced of him harshly criticizing law enforcement following the death of a Miami-Dade police officer.

Kevin Newcomb of the City of Miami Fire Rescue was removed from duty and then fired on Friday following “antagonistic” messages he sent in a group chat about fallen Miami-Dade Police Officer Cesar Echaverry, a spokesperson told WSVN 7News.

Echaverry, 29, was critically injured in a shooting on Monday, and he died in the hospital two days later, 7News reported.

“Who cares? Another dead cop, probably against gun control. They didn’t give an [expletive] when kids were dying in that school shooting they stood outside,” Newcomb wrote in a group chat, per 7News. He appeared to be referring to the elementary school shooting in Uvalde, Texas, where hundreds of law enforcement officers were criticized for waiting over an hour before confronting the shooter, who killed 19 students and 2 teachers.

Newcomb’s text message continued: “Cops exist for the government to exercise its monopoly on violence. They want the whole world to stop when one of theirs goes down. How many idiots I had to transport with honor guard their dead bodies from coronavirus because they all were too stupid to wear masks or get vaccinated? All cops are good for is protecting the rich property owners and the status quo. Everything else is a farce. [Expletive] the police.”

Miami Fire Rescue Chief Joseph Zahralban said Newcomb’s texts make it “impossible” for him to “carry out his duties as a first responder in the City of Miami,” according to 7News.

“We have confirmed that the firefighter in question authored a written statement using a social media platform that demonstrated a disregard for human life, demonstrated a violent and antagonistic stance towards civil servants and represented conduct unbecoming of a Miami Firefighter,” Zahralban said in a statement, per 7News.

In a statement to 7News, Newcomb apologized for writing the text messages.

“I am writing this to apologize for the statements that have been circulating that I made earlier this week with some friends in a private chat,” Newcomb told 7News. “I sincerely apologize to those closest to officer Echaverry who have been made to feel more pain because of my words. I wish I could take them back.”

He added: “I hope that my actions do not continue to distract from the mourning of Officer Echaverry, who did not deserve any of this.”