What to Know About the New Booster Shots 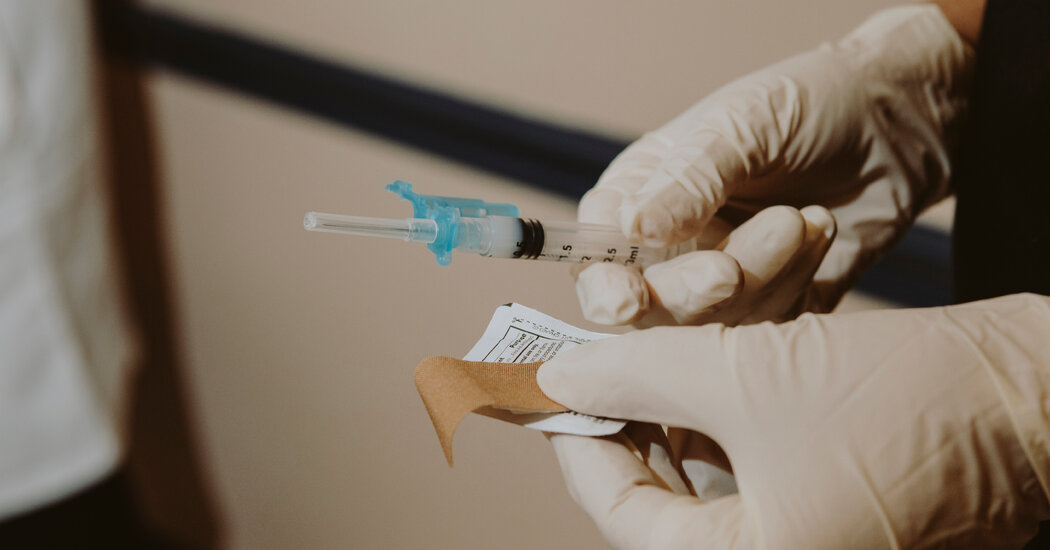 With fall and winter looming, along with an anticipated seasonal surge in Covid cases, the Food and Drug Administration has authorized a new tool for battling the pandemic: updated booster shots.

The new shots target the Omicron subvariant BA.5, the dominant version of the virus. These retooled boosters could be available as soon as next week. Here’s what you need to know.

When will new boosters be available?

An advisory committee to the Centers for Disease Control and Prevention is expected to meet later this week to offer recommendations for the new shots. The updated boosters could roll out just after Labor Day.

It typically takes around one to two weeks after you get the shot for your antibodies to “kick in,” Aubree Gordon, an epidemiologist at the University of Michigan, said.

Where can I get the new booster shot?

The new vaccine will most likely be available at pharmacies, doctors’ offices and community health centers. Many mass-vaccination clinics across the country have closed, so you may have to seek out a new vaccination site. You can search a directory of sites at vaccines.gov.

Read More on the Coronavirus Pandemic

What is the difference between the Pfizer and Moderna boosters?

Beyond the difference in age criteria, there is no practical difference between shots, said Dr. Peter Chin-Hong, an infectious disease specialist at the University of California, San Francisco. “From your body’s immune system perspective, it doesn’t remember which brand it is,” he said.

Will this Omicron-specific booster entirely replace the other boosters?

The new booster shot is a bivalent vaccine, meaning that it targets two versions of the coronavirus: the original strain, and the Omicron subvariants BA.4 and BA.5. The previous booster shot targeted only the original version of the virus.

The new shots will most likely become the only available boosters. The F.D.A. no longer authorizes the previous booster doses for people 12 and up. People who have not received their first doses of the vaccine will still receive the original vaccines that were rolled out in late 2020.

How long should I wait to get the new booster if I recently had a shot or got Covid?

The F.D.A. authorized the updated boosters for people who were at least two months out from their last shot (whether that was the original vaccine or a booster), but you might want to wait longer. Experts said that in general, people should wait three to six months after immunization or infection.

That’s because your body will probably not generate much of an immune response so soon after a previous encounter with the virus, Dr. Gordon said. “Your immunity level is so high that you’ll just neutralize immediately the antigen that’s being produced — you kind of reach a ceiling,” she said. “You don’t have that much higher to go.”

Does the new booster offer better protection than past ones?

The previous booster shots provided robust protection against severe disease. There were, however, people who had breakthrough infections even shortly after receiving booster shots, including President Biden.

Doctors expect the newest iteration of boosters to offer more protection against breakthrough infections, but they won’t be bulletproof. “It’s not a game-changer,” Shane Crotty, a virologist at the La Jolla Institute for Immunology, said. “But it is going to be better.”

There is not yet real-world data on how these bivalent vaccines perform in humans. Infectious disease experts compared the process of creating the new boosters to that of the annual flu shot, which is updated each year and primarily tested on animals, not humans.

Will there be more boosters in the future?

It’s unclear whether this will be the last Covid booster offered, or whether there will be new boosters on a regular basis. The United States could offer the vaccine each year around the fall, similar to the flu vaccine, if the virus surges become predictable, Dr. Chin-Hong said.

But the pandemic’s trajectory has been anything but straightforward, and it’s hard to anticipate the state of the virus over the next few months, let alone the next few years. If the virus had not evolved, we probably would not need any new shots now, Dr. Crotty said, adding, “It’s really up to the virus.”