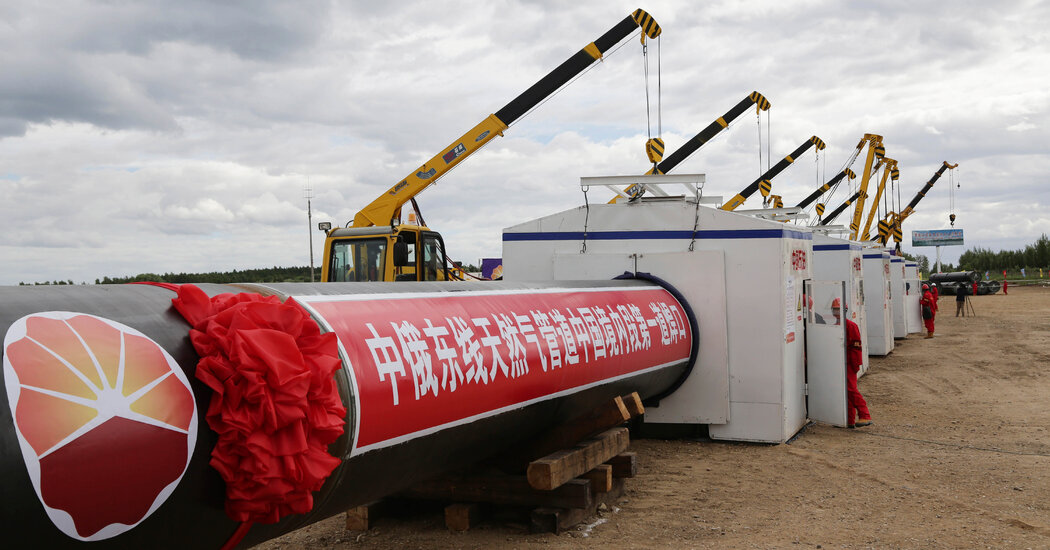 President Vladimir V. Putin of Russia met Xi Jinping of China on Wednesday, displaying a united front against what the two autocratic leaders consider to be American hegemony.

Mr. Putin was also looking to China as a lifeline at a time of weakness: Russian forces have suffered significant losses on the battlefield in Ukraine, and as Western sanctions continue to inflict damage on the Russian economy, Beijing has emerged as a major buyer of Russian products.

But Mr. Xi expressed caution in his public remarks, and avoided even mentioning Ukraine. China released a statement saying the two countries would support each other on issues “concerning their respective core interests.”

Mr. Putin — who is also looking to close a deal on a critical pipeline that could allow Moscow to export more Siberian natural gas to China — most likely went into the meeting looking for something more substantial than a statement of ongoing support, analysts said.

Temur Umarov, a fellow at the Carnegie Endowment for International Peace who researches Russia, China and Central Asia, said he expected China to try to back its neighbor, but the meeting was not crucial for Beijing.

“By contrast,” Mr. Umarov said before the meeting, “for Vladimir Putin this is the most important thing he’s doing in Uzbekistan.”

The issue of Ukraine is a fraught one for Beijing, analysts said. Providing additional help to Russia, either economically or militarily, risks running afoul of Western sanctions and imperiling China’s economy.

“I don’t think Xi Jinping is ready to show much support for Vladimir Putin,” Mr. Umarov said. “But for Russia it is very important to show it has friends, it’s not isolated and that it is still welcome in some parts of the world.”

Share
Facebook
Twitter
Pinterest
WhatsApp
Previous articleI’m a Canadian who’s lived in the US for 24 years. Here are the 10 foods I still miss every day.
Next articleThe Woman King Review: A Decent Historical Epic

‘Magic in Her Hands.’ The Woman Bringing India’s Forests Back to Life