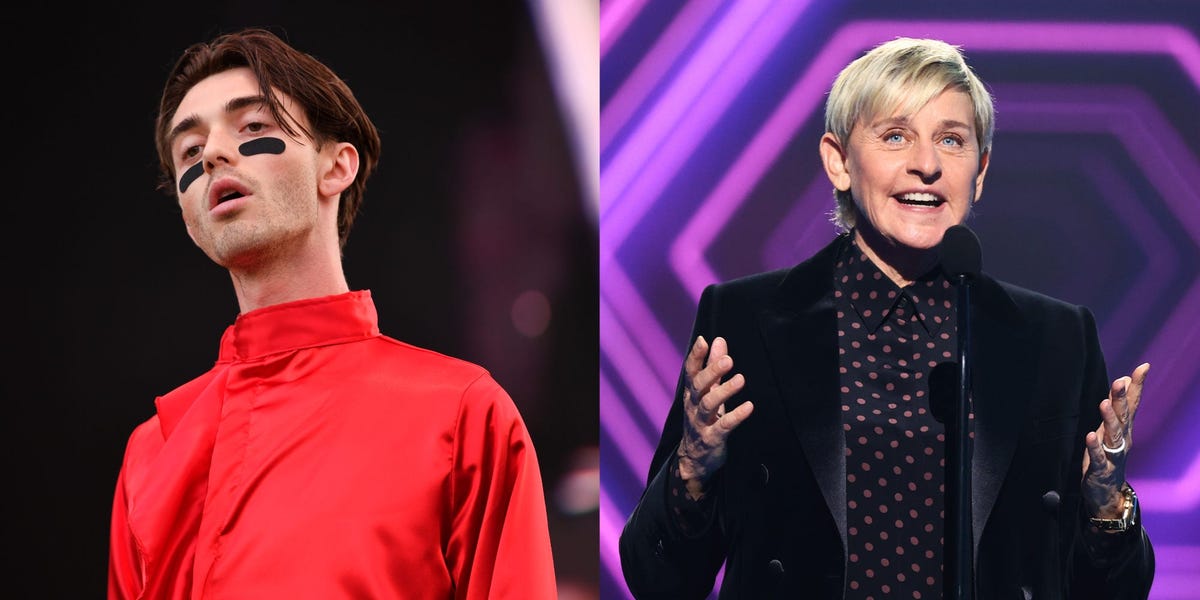 A spokesperson for DeGeneres did not immediately respond to Insider’s request for comment.

DeGeneres is partially credited with Chance’s 2010 rise to fame, after a video of the then-12-year-old singing and playing Lady Gaga’s “Paparazzi” on piano went viral. A week after the video went viral, DeGeneres reached out to Chance and asked him to be on her show, Rolling Stone reported.

Chance told Rolling Stone that when he and his mother arrived in Los Angeles, DeGeneres told his mom she’d never have to work again in her life.

“I’m going to protect you. I’m going to be here for you. We’re going to do this together,” Chance said DeGeneres told him.

Rolling Stone reported that DeGeneres gave Chance $10,000, a new piano, and signed him to her then-new record label, eleveneleven.

Chance told Rolling Stone that he recalled DeGeneres having tight control over his career in 2010 and 2011, and said that she once yelled at him and his mom because he said he did not want to watch an advance copy of Justin Bieber’s “Never Say Never” documentary after 14-16 hour touring days.

He added that she would make last-minute decisions about his engagements and performances and would decide what he would wear.

When Chance’s stardom started to fade in 2012, he told Rolling Stone that DeGeneres disappeared.

And after he released a second project on DeGeneres’ label, she “completely abandoned” him and wouldn’t answer his calls, he told Rolling Stone.

“I couldn’t get ahold of her. Couldn’t talk to her,” Chance said, adding that DeGeneres’ label later dropped him.

Still, Chance returned as a guest on Degeneres’ show multiple times after the second project was released, Rolling Stone reported.

“Whenever I would come on the show, it was such a fake smile. She wouldn’t even ask, ‘How are you doing? How are you holding up?’ It was just like, ‘Here’s what we’re going to talk about. We’ll see you on there,'” Chance recalled.

In 2020, former guests and staff members of DeGeneres’ “The Ellen DeGeneres Show” accused her of being entitled and unpleasant to be around. Further, current and former employees told Buzzfeed News they faced “racism, fear, and intimidation”  while working on the show.

In 2021, DeGeneres said the toxic-workplace allegations were “too orchestrated” and “too coordinated.”

“For me to read in the press about a toxic work environment when all I’ve ever heard from every guest that comes on the show is what a happy atmosphere this is and what a happy place it is,” she said.

Share
Facebook
Twitter
Pinterest
WhatsApp
Previous articleRyan Grantham, an actor on ‘Riverdale’ and ‘Diary of a Wimpy Kid,’ sentenced to life in prison for murdering his mother
Next article30 Most Underrated Football Movies You Need To Watch