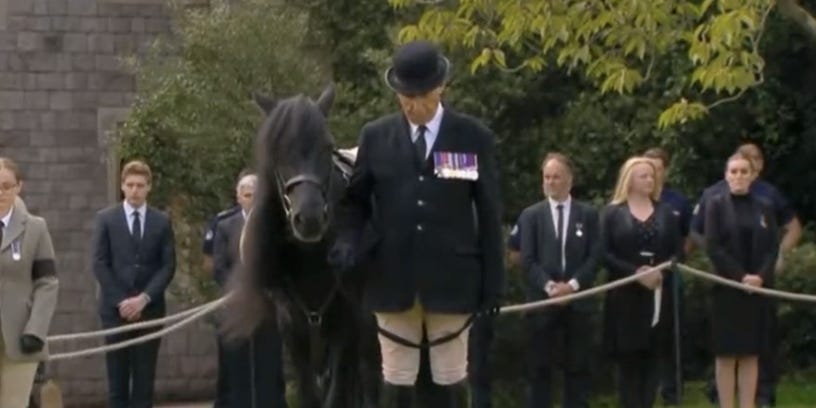 As the world says goodbye to Queen Elizabeth II, special moments have also been given to the animals that were important to Britain’s longest-reigning monarch.

The Queen’s beloved corgis were waiting for her funeral procession at Windsor Castle on Monday, and her favorite horse, Emma, was also at the entrance.

A video showed the moment when Terry Pendry, the Queen’s head groom, stood alongside the horse and bowed his head as the State Hearse passed them by.

The Queen had a lifelong passion for horses and owned more than 100 before her death on September 8, according to The New York Post.

She attended every Royal Windsor Horse Show since it began in 1943, even making an appearance in May despite health concerns.

The Queen was still riding as recently as June, going for a ride on her pony at Windsor Castle.

The Queen’s coffin has made its final journey from London to Windsor following her funeral at Westminster Abbey on Monday morning.

Once at Windsor Castle, the Queen will be buried at an intimate ceremony attended only by the closest members of the royal family at St. George’s Chapel.