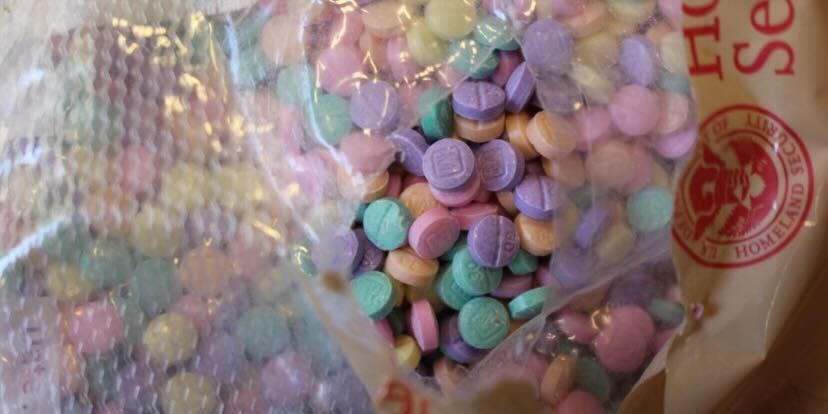 Border authorities seized thousands of pastel-colored fentanyl pills from the Arizona-Mexico border twice in one week.

More than 250,000 of the pills, which have a “similar to the appearance of candy” were found in a vehicle on Wednesday, said Michael W. Humphries, Director of the Port of Nogales, Arizona border. Additionally, agents seized 10 pounds of meth and 11 pounds of heroin.

The official said that the candy resembling drugs was also found by officers the next day attached to a person’s legs.

“Second consecutive day colored fentanyl pills with the appearance of candy seized,” Humphries tweeted Thursday. “This could be the start of a trend with Transnational Criminal Organizations targeting younger users.”

Fentanyl, a synthetic opioid used to manage pain, is significantly more potent than morphine, according to the Centers for Disease Control and Prevention. The drug, which is sold through the black market, can have a heroin-like effect on the user, per the agency.

The CDC said that illegally made fentanyl is the cause behind most of the cases linked to “fentanyl-related harm, overdose, and death” in the country.