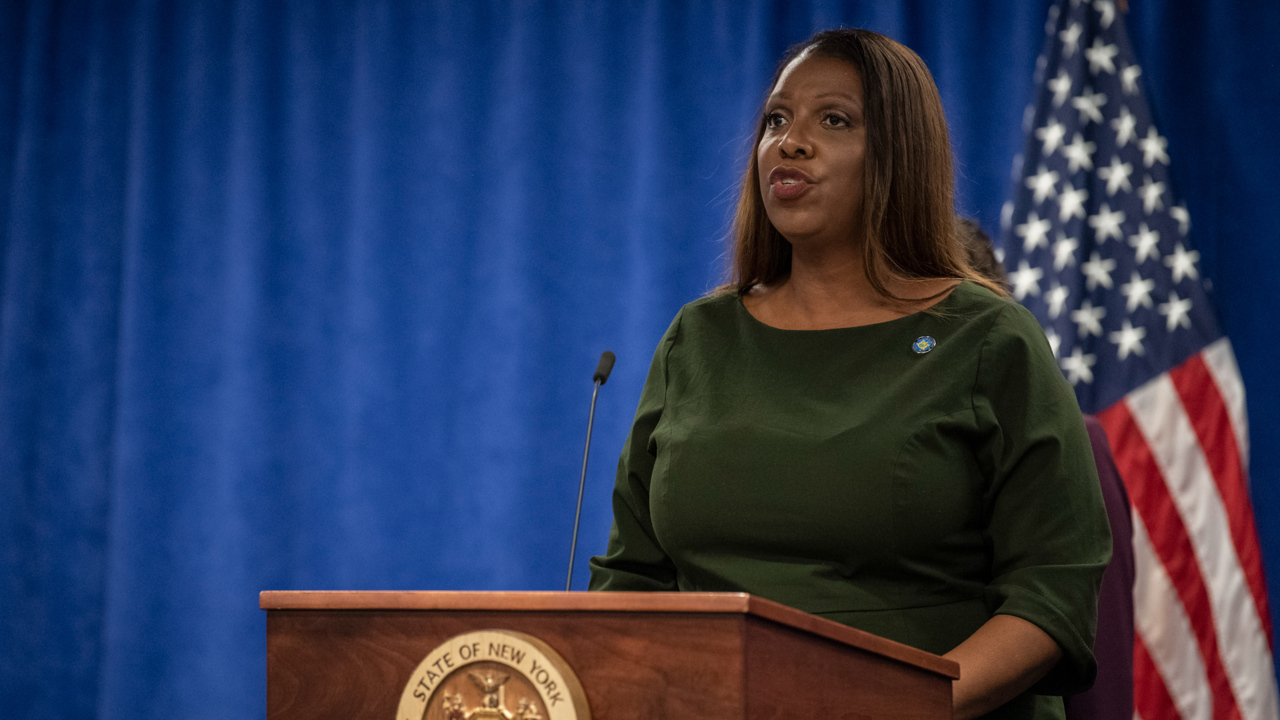 James’ suit relies on a special statute for repeat instances of alleged violations of the law, stemming from real estate transactions. She is also filing a criminal referral to federal prosecutors in Manhattan and a separate tax fraud referral to the IRS for the same underlying allegations.

“I’m announcing that today we’re filing a lawsuit against Donald Trump for violating the law as part of his efforts to generate profits for himself, his family, his company,” James said, as she announced the action at a press conference in Manhattan Wednesday morning. “The complaint demonstrates that Donald Trump falsely inflated his net worth by billions of dollars to unjustly enrich himself and to cheat the system, thereby cheating all of us.”

“The pattern of fraud that was used by Mr. Trump and the Trump organization was astounding,” James added.

Trump has repeatedly asserted that James, a Democrat running for a second term in November, is on a political vendetta, noting that during her 2018 campaign for AG she repeatedly vowed to pursue legal action against Trump and said he should be “scared” if she was elected. During her campaign, James promised to target Trump for investigation and told voters her election would bring pressure on him similar to that posed by Special Counsel Robert Mueller.

On Wednesday, his legal team reiterated that contention.

“Today’s filing is neither focused on the facts nor the law – rather, it is solely focused on advancing the Attorney General’s political agenda,” said Trump attorney Alina Habba. “It is abundantly clear that the Attorney General’s Office has exceeded its statutory authority by prying into transactions where absolutely no wrongdoing has taken place. We are confident that our judicial system will not stand for this unchecked abuse of authority, and we look forward to defending our client against each and every one of the Attorney General’s meritless claims.”

James is accusing Trump and his children of creating more than 200 misleading evaluations of the company’s finances and other forms of misrepresentation, including by falsely inflating the square footage of his own apartment from 11,000 to 30,000 in financial filings. As a result, Trump declared the apartment to be worth $327 million, an amount James said is significantly greater than any apartment ever sold in New York City.

James also alleged that Trump repeatedly counted cash controlled by Vornado Partnership Interests — in which Trump had a limited partnership but no access to the funds — as if it were his own. Trump also inflated the value of “anticipated income” from golf club membership fees, she alleged.

“For example, at Mr. Trump’s golf course in Westchester, the valuation for 2011 assumed new members would pay an initiation fee of nearly $200,000 for each of the 67 unsold memberships, even though many new members in that year paid no initiation fee at all,” the lawsuit alleges.

The lawsuit includes dozens of examples of allegedly false financial filings, from contending that Trump inflated his net worth as part of a scheme to purchase the Buffalo Bills to his successful bid to build a hotel in the Old Post Office Building in Washington, D.C. — which became a prominent hive of pro-Trump activity during his presidency and netted $100 million when it was sold in May.

“The examples I laid out are just scratching the surface of the misconduct that we have uncovered,” James said. “The pattern of fraud and deception that was used by Mr. Trump and the Trump Organization for their own financial benefit is astounding.”

While the sweeping relief James is seeking — subject to approval by a state court judge — would cripple many of Trump’s businesses, James acknowledged at her press conference that Trump’s lawyers recently proposed a settlement, which her office rejected. But she said her team would consider future proposals to resolve the case.

“Our door is open,” the attorney general said.

James’ action is the latest in a mushrooming pileup of legal threats to Trump and may not even be the former president’s most acute legal headache as a series of other probes and trials close in on him and various figures in his orbit.

The new suit from the New York attorney general came during a week in which the former president’s attorneys were fighting in federal court to block the Justice Department’s effort to investigate the discovery of highly sensitive national security records at his Mar-a-Lago estate. Federal prosecutors are also hauling in former Trump aides and allies to a grand jury probing his efforts to subvert the 2020 election, and an Atlanta-area grand jury is reaching a critical phase in its own election-related probe.

Manhattan District Attorney Alvin Bragg is preparing to try a criminal fraud case against the Trump Organization next month and recently secured a guilty plea and agreement with the company’s former CFO Allen Weisselberg to testify in the trial. The former president was not charged in that case, but James said her new suit is based in part on evidence about Trump’s directives to Weisselberg to inflate various financial statements.

Bragg’s effort to bring criminal charges against Trump appeared to fizzle earlier this year, after the newly-elected district attorney reportedly balked at filing such a case and the high-powered prosecutors who’d led that probe resigned. However, Bragg insisted Wednesday that the probe is far from stagnant.

“Our criminal investigation concerning former President Donald J. Trump, the Trump Organization, and its leadership is active and ongoing,” the DA said.

Trump had fought efforts to force his deposition in the NY AG’s case, but lost a series of court challenges on the issue. When he finally appeared for questioning last month, he invoked his Fifth Amendment right against self-incrimination more than 440 times, an aide to James said.

“When your family, your company, and all the people in your orbit have become the targets of an unfounded, politically motivated Witch Hunt supported by lawyers, prosecutors, and the Fake News Media, you have no choice,” Trump said in a statement explaining why he took the Fifth despite numerous past comments he’d made about such a move signaling guilt.

Opinion | Twitter Will Tame Elon Musk, Not the Other Way Around

Australians share 15 things they want tourists to know before visiting

NFL Week 5: Sports betting picks against the spread for every game

‘Harry Potter’ star Tom Felton remembers being scolded by Alan Rickman on set after stepping on his cloak: ‘I’ll never forget those words’