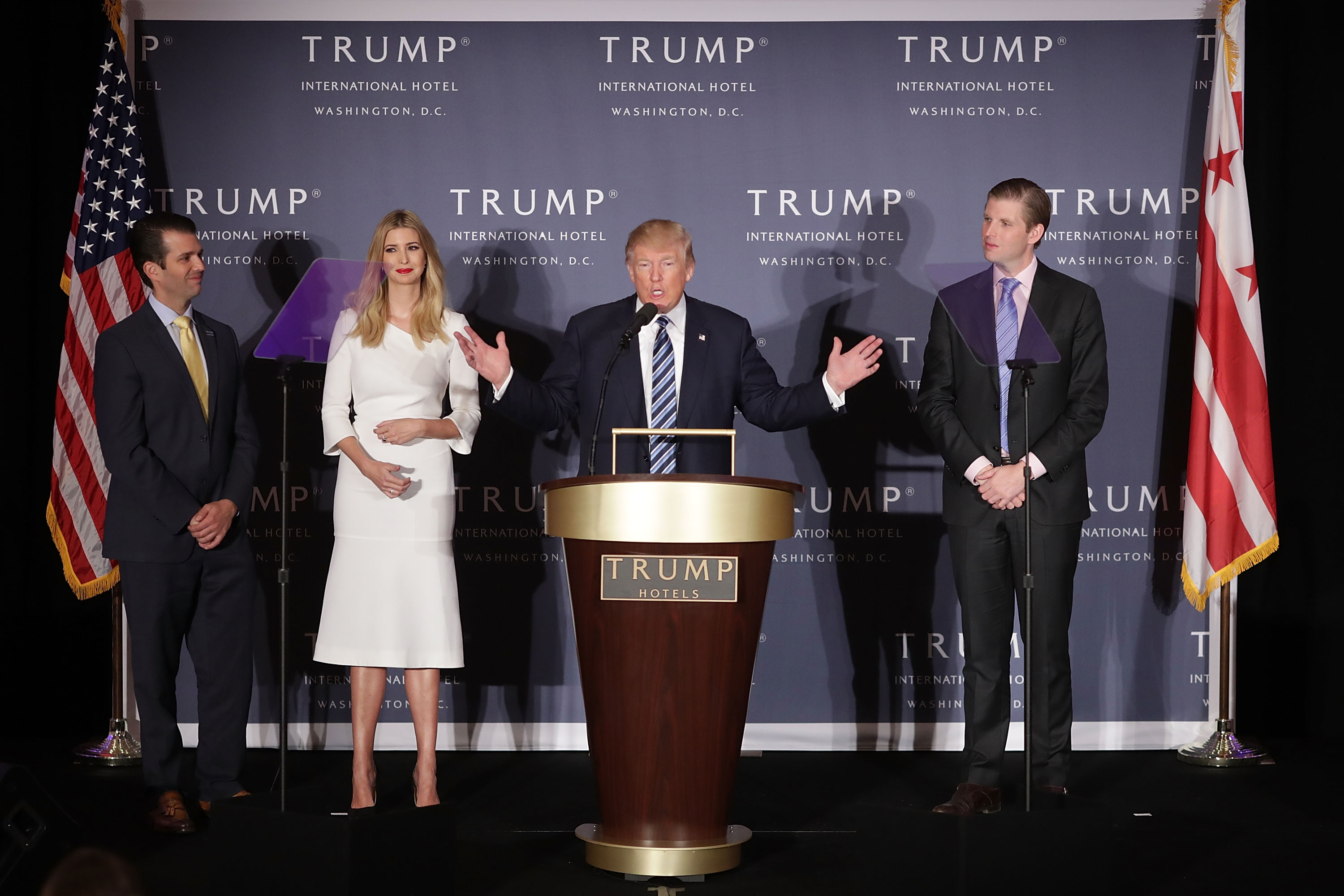 The attorney general’s suit seeks roughly $250 million in restitution, a five-year ban on Trump, Donald Trump Jr., Ivanka Trump and Eric Trump from buying any real estate in New York, and a permanent ban on the former president and his three eldest children from serving on any corporate board of New York companies or any business licensed in the state. | Chip Somodevilla/Getty Images

An attorney for Donald Trump on Wednesday called the New York attorney general’s lawsuit against the former president and the Trump Organization a product of the office’s “political agenda” and said she looks “forward to defending our client” against the claims.

“Today’s filing is neither focused on the facts nor the law — rather, it is solely focused on advancing the Attorney General’s political agenda,” Alina Habba, a Trump attorney who has represented the former president in New York-based and Trump Organization litigation. “It is abundantly clear that the Attorney General’s Office has exceeded its statutory authority by prying into transactions where absolutely no wrongdoing has taken place. We are confident that our judicial system will not stand for this unchecked abuse of authority, and we look forward to defending our client against each and every one of the Attorney General’s meritless claims.”

Inside the GOP’s heated, leaky race to lead a powerful House panel