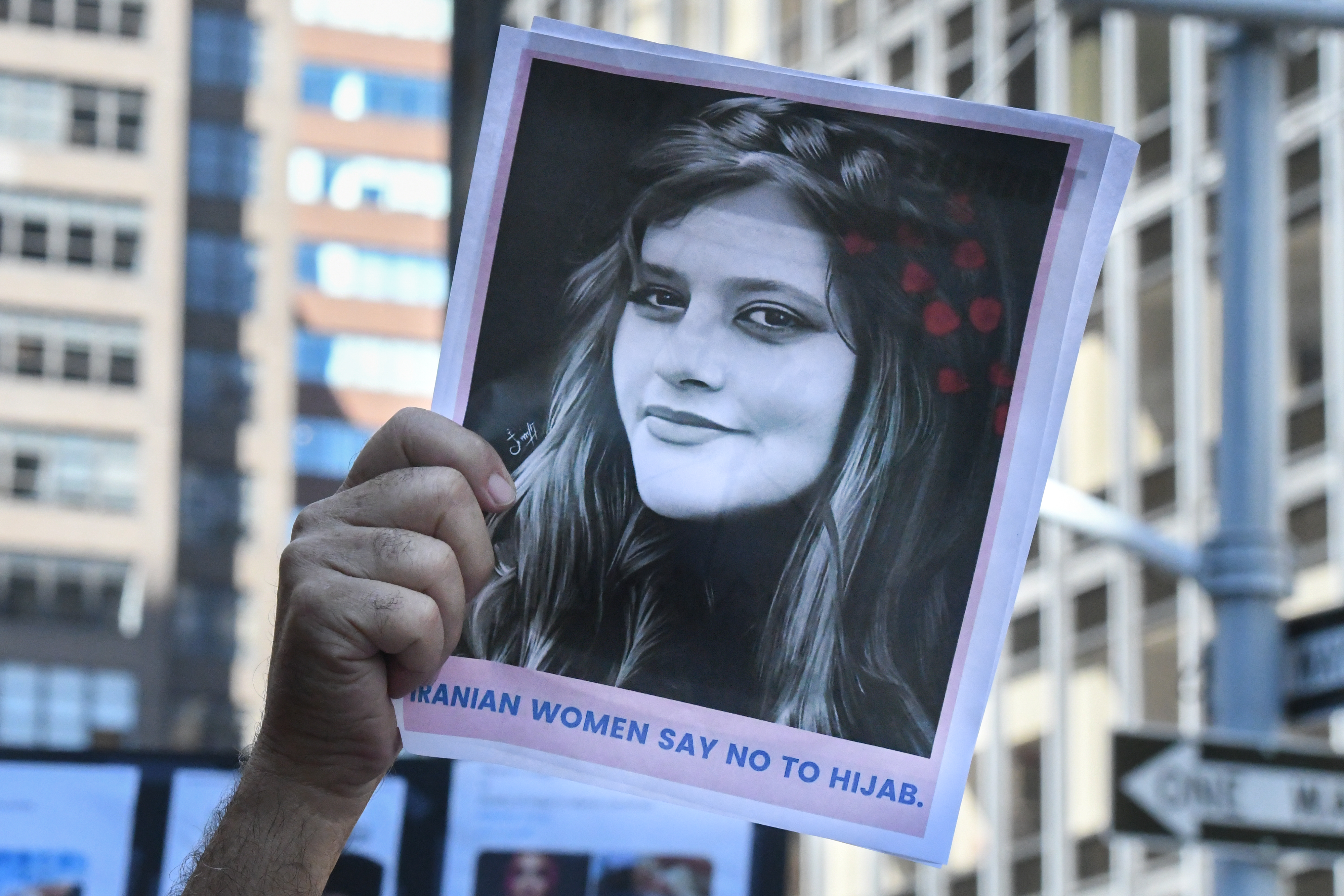 People hold up a photo of Iranian woman Mahsa Amini as they participate in a protest against Iranian President Ebrahim Raisi outside of the United Nations on September 21, 2022 in New York City. | Stephanie Keith/Getty Images

The Treasury and State departments on Thursday announced new sanctions on Iran’s Morality Police and other senior security officials following the death of Mahsa Amini, a 22-year-old Iranian who died while being held by authorities for allegedly violating the country’s strictly enforced dress code for women.

Amini, whose death has sparked protests across Iran, was arrested Sept. 13 for purportedly wearing a hijab too loosely. Iranian officials claim Amini’s death at Kasra Hospital in northern Tehran three days after her arrest was the result of a heart attack, but hospital officials reported that Amini arrived with severe brain trauma caused by “multiple blows to the head.”

In addition to the Morality Police, the Treasury’s Office of Foreign Assets Control announced sanctions in a press release on seven senior leaders from a number of Iran’s security organizations, including the country’s Ministry of Intelligence and Security, the Army’s Ground Forces, Basij Resistance Forces and Law Enforcement Forces, accusing them of “abuse and violence against Iranian women and the violation of the rights of peaceful Iranian protestors.”

Share
Facebook
Twitter
Pinterest
WhatsApp
Previous articleThe Buffalo Bills might run away with the league — and where every other team stands in our Week 3 NFL Power Rankings
Next articleTrevi Moran became an internet star at 13. After a decade of fame, partying and rehab, she’s starting a new chapter.

Florida fortifies Tampa amid threats of flooding from hurricane

Are Donald Glover And Danny Pudi From Community Friends In Real Life?