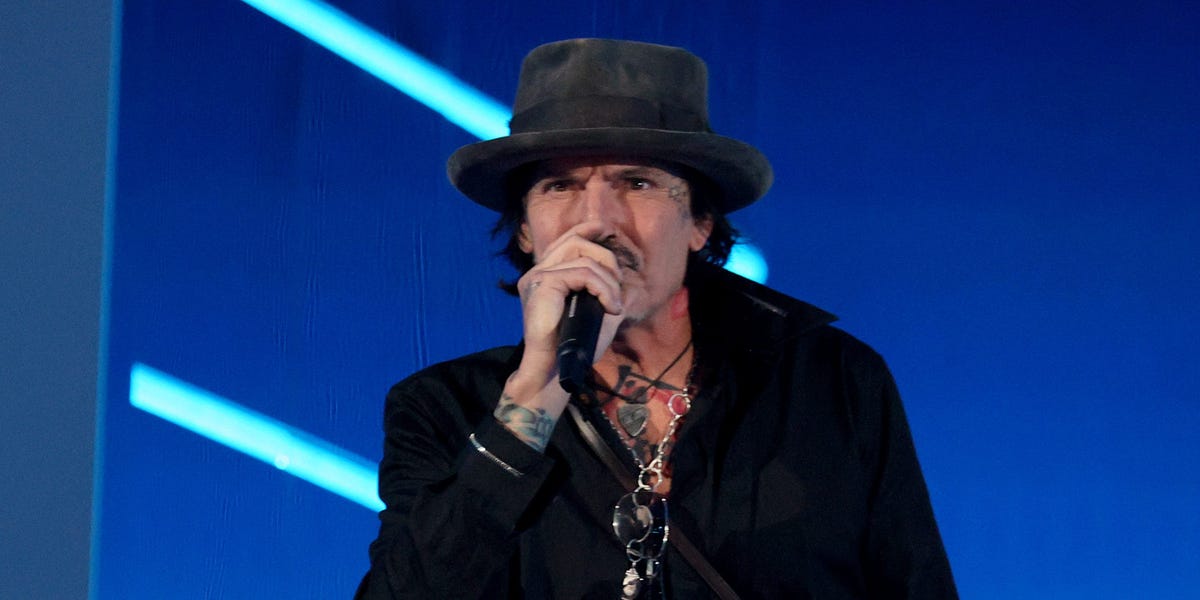 Tommy Lee explained that he was intoxicated when he shared a viral naked picture of himself on Instagram.

Earlier this month, a picture of Lee’s genitals was posted on the social media platform for at least five hours, according to The Metro, before being deleted.

Lee addressed the viral photo during his latest concert in San Antonio, Texas with his band Motley Crue.

“A couple of weeks ago, we had a two-week break off the tour, and I went on a motherfucking bender bro,” he told the crowd in a video posted on his Twitter page on Sunday. “I got fucking sideways as fuck and got naked and posted pictures of my dick.”

Lee continued: “And usually, I mean I’m a titty man, so I like to see titties, but tonight is equal-opportunity night. Tonight I want to see everyone’s dick. C’mon, boys, pull your shit out. Pull your fucking junk out. Let’s go.”

Lee then picked out a fan in a pink shirt and asked him to expose himself. The fan was originally excited to be picked out but declined because he was with his partner.

“The wife says no? Divorce,” Lee said in response.

After the original photo was deleted, Lee shared a photo of an elephant telling a naked man: “How do you breathe through that little thing?”

Many fans have criticized Instagram for having double standards regarding how it treats women who post nude photos or even photos in a bikini.

Journalist Lola Méndez tweeted at the time: “So Tommy Lee can post a picture of his penis on @instagram that’s still up three hours later but a picture of my curvy booty in a thong bikini gets taken down? Cool, cool.”

Rihanna’s Instagram account was briefly suspended in 2014 after she a topless photo of herself on the cover of Lui magazine.

According to Instagram’s community guidelines, nudity is banned except “in the context of breastfeeding, birth giving and after-birth moments, health-related situations (for example, post-mastectomy, breast cancer awareness or gender confirmation surgery) or an act of protest.”

“Nudity in photos of paintings and sculptures is OK too,” the guidelines said.

Share
Facebook
Twitter
Pinterest
WhatsApp
Previous articleAn art student has big dreams to work at Pixar, so she started drawing in front of its headquarters — and got employees’ attention
Next articleAfter my partner transitioned, I was surprised she wore a bikini on a family trip. I learned so much about her that day.

The Heartbreaking Way Frank Sinatra Is Linked To Seinfeld