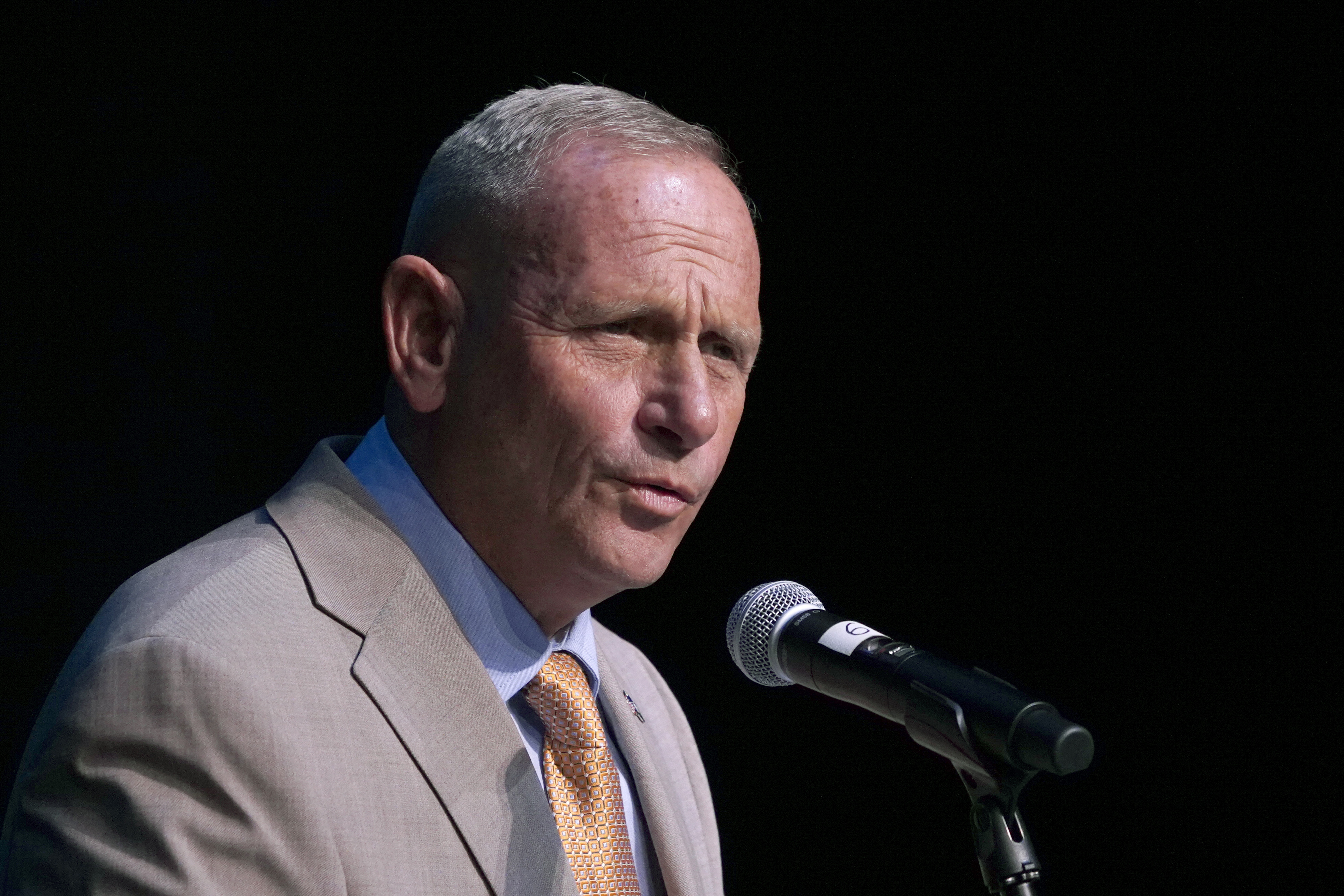 “Having served 10 tours of combat in Afghanistan, General Bolduc relies on his health care from the VA,” Thompson said in an email. “He knows first-hand how important its services are to veterans, and he believes that every American who is eligible should be able to rely on the benefits they have paid into it, including Medicare, Medicaid and Social Security.”

Thompson added that Bolduc “will oppose any effort to privatize these programs.”

Privatizing government entitlement programs has long been a policy goal for some segments of the Republican Party who worry about the federal deficit and the growing share of the federal budget those programs take up.

But they are hugely popular with voters, who plan their retirements around those benefits. And in recent years, particularly during the administration of former President Donald Trump, fiscal conservatives and deficit hawks have seen their issues relegated to the back burner while the party focused its messaging on hot-button social issues like immigration, crime and abortion.

Still, the idea hasn’t totally left the GOP ecosystem, despite the idea’s unpopularity and Democrats’ use of the issue in campaign ads. Some Republicans have continued to advocate for privatizing entitlement programs as a government cost-saving measure, arguing that the programs will become insolvent in a matter of years and may not be guaranteed for future generations.

Bolduc isn’t the only Republican to take aim at the popular programs in recent months; GOP Senate nominees in some of the country’s most competitive races this year have also faced scrutiny over their current or past support for privatizing the programs, in some cases forcing them to recant.

In Arizona, GOP Senate nominee Blake Masters in June floated the idea of privatizing Social Security during a candidate forum: “We need fresh and innovative thinking,” Masters said. “Maybe we should privatize Social Security. Private retirement accounts, get the government out of it.” A few months earlier, he went further, telling Republicans in Sun City the country would need to “cut the Gordian knot” on Medicare and Social Security for citizens his age and younger.

Masters later walked back the comments, saying in August that he may have made a “misstatement” and “I think, in context, I was talking about something very different.”

In Ohio, Republican nominee J.D. Vance this summer clarified that he no longer agrees with comments he made roughly a decade ago calling for major cuts to both programs. Now, Vance said, his position is that “privatizing Social Security is a bad idea.”

Republican Sen. Ron Johnson in Wisconsin, meanwhile, has taken heat for suggesting that funding for Medicare and Social Security should not be automatically renewed each year, but instead become discretionary spending subject to annual congressional review.

His Democratic opponent, Wisconsin Lt. Gov. Mandela Barnes, has continued to raise the issue on the campaign trail, forming a “Seniors for Mandela” group that highlights Johnson’s proposals on Medicare and Social Security. Even Biden has gone after Johnson on the issue, tweeting last month that the Wisconsin Republican “wants Social Security and Medicare on the chopping block every year.”

The reversal on Medicare isn’t Bolduc’s first since he clinched the Republican nomination in New Hampshire’s primary last week. Bolduc, who unapologetically declared over the last two years that he believed the 2020 election was stolen from Trump, announced two days after the primary that he had changed his mind — a clear attempt to appeal to the more moderate and independent voters he’ll need to vote for him in the general election in November.

Elderly voters — many on fixed incomes and relying on government benefits — are a key voting bloc. New Hampshire’s 307,000 Medicare recipients made up roughly one-quarter of the state’s population in 2020, according to the Kaiser Family Foundation, while Social Security recipients totaled 321,000 in the state as of last year.

“He has problems. This doesn’t solve any of them, and perhaps compounds them a little bit,” said Tom Rath, the state’s former attorney general and a former Republican National Committeeman for New Hampshire. “This is a state with a lot of folks over 60 — you’re talking to one — and that matters.”

Rath, who has served as campaign adviser to multiple GOP New Hampshire senators and Republican presidential candidates, said it would be “political malpractice” if Democrats didn’t attack Bolduc on the Medicare issue. He criticized Bolduc for believing he could dramatically change positions from the primary to general election without voters noticing.

New Hampshire, once believed to be a top pickup opportunity for Republicans this year in the fight for Senate control, is looking increasingly safe for Democrats, according to strategists on both sides of the aisle. The Republican Party’s nomination of Bolduc — who narrowly beat a more establishment pick, state Senate President Chuck Morse — puts a candidate on the ballot who has called the popular GOP governor a “communist Chinese sympathizer,” and expressed support for tasking state legislatures, rather than citizens themselves, with electing U.S. senators.

Mike Dennehy, a Republican strategist in New Hampshire who worked on Kevin Smith’s Senate primary campaign this year, questioned why Bolduc has even discussed Medicare privatization when no such proposal is actually looming in the Senate.

“The reality is when any candidate takes a position and then changes it within a short timeframe, it is very difficult to defend,” Dennehy said.

Masters’ change of heart on Social Security hasn’t stopped Democrats from pummeling the Republican nominee with television attack ads on the issue. The Democratic Senatorial Campaign Committee has spent more than $1.7 million on television ads in Arizona specifically highlighting Masters’ comments on privatizing Social Security — a topic they’re still putting money behind on the air. Other Democratic groups have taken out digital ads on the topic.

It appears their messaging is breaking through to voters. During a focus group conducted Thursday by the anti-Trump Republican Accountability Project, viewed exclusively by POLITICO, two of the nine Arizona voters participating — each of whom voted for Trump in 2016 but not in 2020 — brought up Masters’ views on Social Security.

Both men said they intend to vote for Democratic Sen. Mark Kelly this fall, including one who said he plans to split his vote and also vote for the Trump-backed Kari Lake for governor.