‘The Resident’ season 6 premiere exclusive: Watch Conrad comfort Gigi after an ominous nightmare that might foreshadow the future 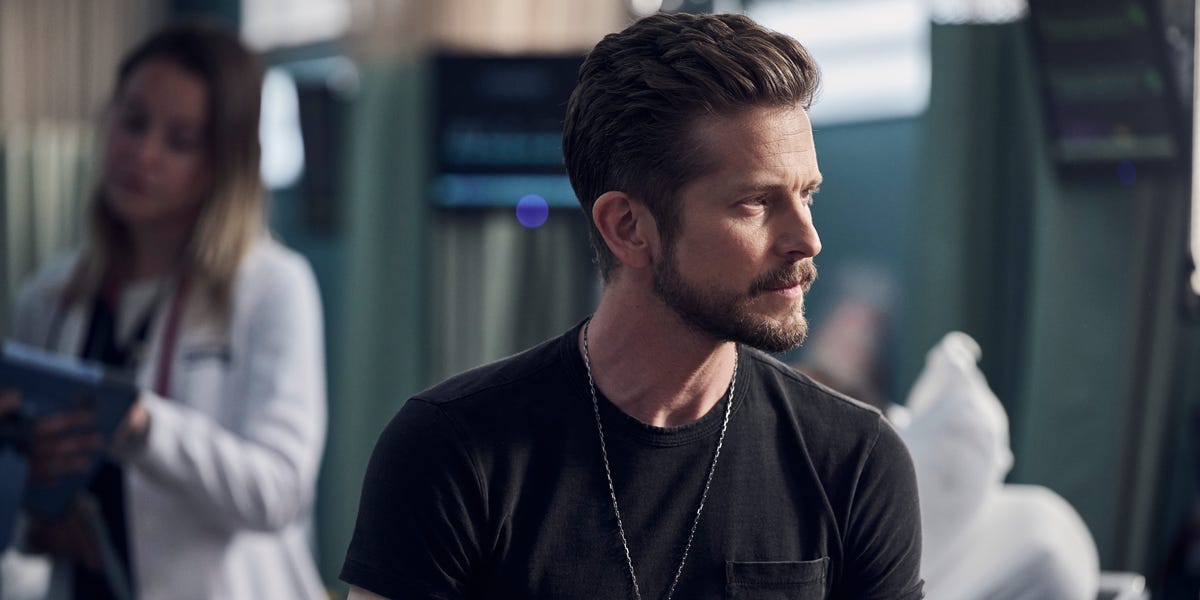 Conrad (Matt Czuchry) has a monumental choice to make on “The Resident” season six premiere, “Two Hearts,” which will air Tuesday. But whether he chooses to pursue a romantic future with Billie (Jessica Lucas) or Cade (Kaley Ronayne), it’s one little lady, his daughter Gigi (Remington Blaire Evans), who will always have his entire heart.

In a clip from the season premiere shared exclusively with Insider, Gigi is in distress after having an ominous nightmare that we hope doesn’t foreshadow trouble for the father-daughter duo in the future.

Gigi wakes up screaming for her dad after dreaming of a dark figure cloaked in black who enters her room and locks the door before approaching her bed.

“There was a bad man here. He scared me,” Gigi says in the clip. When Conrad tries to tell her he’s the only other person in the room she persists, saying “he was gonna hurt me.”

Conrad assures her he won’t let anyone hurt her, but still lets her come sleep in his bed without much of a fight.

We hope she’s indeed just having a bad dream because she senses her dad is about to make a definitive choice about his love life, but on “The Resident,” anything is possible.

Check out the exclusive season six premiere clip below.

“Two Hearts” will also force the doctors of Chastain Park Memorial to come together to perform a “miracle” when Padma’s pregnancy takes a “dangerous” turn, according to Fox’s official synopsis of the premiere episode.

Season six will presumably be the first full season of the show without Emily VanCamp, who played Gigi’s mother and Conrad’s wife, Nic Nevin, on the show. Nic was killed off in season five. In October, VanCamp told Deadline her “priorities shifted” after the birth of her own daughter with husband Josh Bowman and led her to leave the hit medical drama.

At the time, VanCamp called her decision to leave the show “bittersweet” and has since returned so Nic could appear in flashbacks on the season five finale, where she told Conrad she’d want him to find love again if anything ever happened to her.

Season six of “The Resident” airs Tuesdays at 8 p.m. ET on Fox.