The Nazis studied US eugenics and Jim Crow laws as a model for their own policies. When they were criticized they pointed to Mississippi: historians 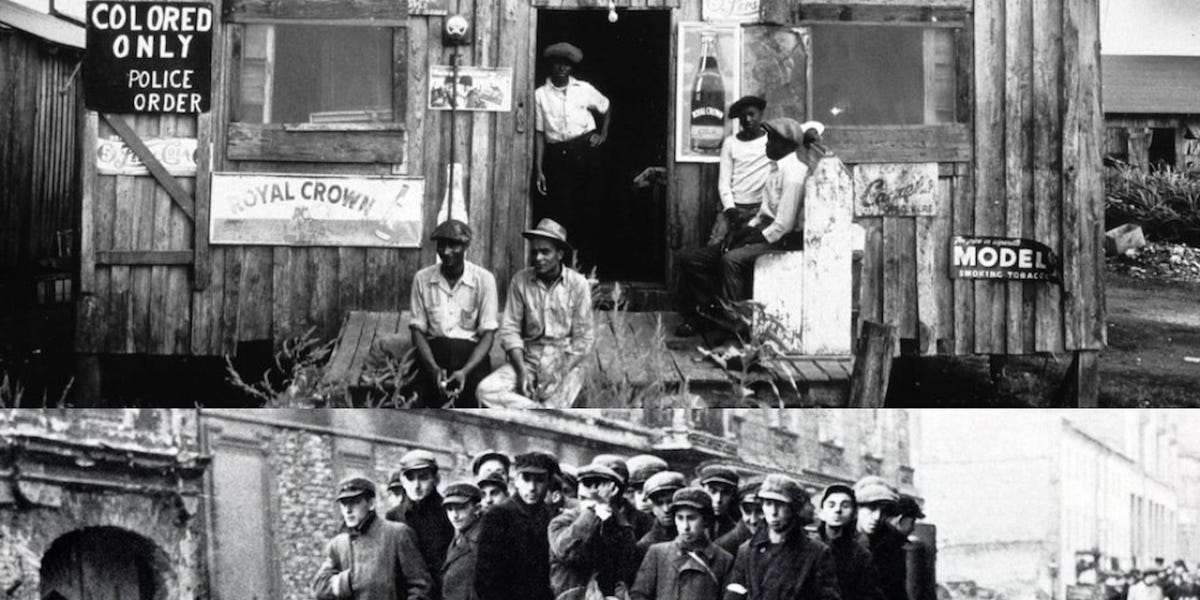 The anti-Semitism behind Nazi policies that led to the death of more than 10 million people were inspired, in large part, by segregationist laws and ideals from the US, a new PBS documentary reported.

Nazi leader Adolf Hitler, who was responsible for the death of 6 million Jews and 5 million other minorities through displacement in ghettos and interment camps, modeled Nuremberg race laws after racist Jim Crow policies and eugenics laws passed in the US, the documentary claims.

The documentary, “The U.S. and the Holocaust,” is a film by Ken Burns, Lynn Novick and Sarah Botstein. It premiered Sunday on PBS. The three-part, six-hour series includes firsthand testimony of survivors of the Holocaust and, with the help of historians, examines the initial public apathy in the US toward the humanitarian crisis and the government’s reluctance to open its doors to those seeking refuge.

It also probed how the German Nazi Party looked to race laws in the US at the time when crafting its own measures.

While imprisoned in 1924 for treason, Hitler learned of new US immigration laws that created quotas to limit the number of immigrants. The documentary highlighted that while the Immigration Act of 1924 did not specifically mention Jewish people, it was fueled by anti-Semitic sentiment in the US as leaders feared they would outnumber white Anglo-Saxon Americans, as more Jewish migrants came from Eastern Europe to America seeking refuge.

In the early 1900s many in America were weary of new immigrants as cities like New York began to be overcrowded and people competed for jobs.

Americans embraced eugenics — and the Nazis picked it up

Historian Peter Hayes said in the documentary that many in the US at the time came to believe that the issues of urbanization, including the spread of disease, were the fault of immigration.

In 1910, for instance, there were over a million Jewish immigrants living in New York City, about a quarter of the city’s population and a growing fear that these new immigrants would eventually replace the Protestant Americans already here.

Some Americans and a growing number of public figures, including Henry Ford, Helen Keller, and Alexander Graham Bell, began championing eugenics — a debunked ideology that claims there are “inferior” individuals in the human gene pool and therefore should be sterilized to prevent offspring.

According to the documentary — around 1914 — President Theodore Roosevelt wrote: “I wish very much that the wrong people could be prevented entirely from breeding; and when the evil nature of these people is sufficiently flagrant, this should be done. Criminals should be sterilized and feeble-minded persons forbidden to leave offspring behind them.”

Many states also passed sterilization laws at the time. Historians said that the eugenics preached in the US gave Nazis a blueprint of sorts.

“The idea was that the bad people have to stop reproducing and the good people need to reproduce more,” historian Nell Irvin Painter said in the documentary, noting the view of the practice in the US.

“Negative Eugenics says sterilize the wrong people — snuff them out — and that’s the eugenics that the Nazis would pick up on.”

Hitler, who also wrote Mein Kampf during his imprisonment, was apparently pleased with the development and was happy the US saw itself to be a “Nordic-Germanic state and had acted to preserve its purity by excluding certain races,” which reflected his own beliefs, according to the documentary.

As Hitler rose to power, the rights of Jewish people were slowly stripped away in Germany. In September 1935, during a Nuremberg Rally, the Nazis issued new and harsher anti-Semitic laws that followed in the footsteps of America’s Jim Crow laws, which created strict segregation between Black and white Americans in the South.

The German laws included stripping Jewish people, and anyone opposed to the current German government, of their citizenship and considering them “subjects,” the documentary said. Additionally, the new laws banned Jews and those of “German or kindred blood” from getting married or engaging in sex as a way to maintain racial purity — mirroring miscegenation laws in the US.

“Even as the Nazis are writing the Nuremberg laws that stripped Jews of their citizenship at the end of 1935, they’re looking to Jim Crow laws in the United States to understand segregation here,” historian Daniel Greene said, in the documentary.

The documentary added that in some respects the Nazi policies at that time were less harsh than some of the Jim Crow laws implemented in the US.

Hayes, the historian, also added that when the Nazis were criticized for their policies they “pointed to Mississippi.”

“They were able to say ‘you say that we should not treat these people who we regard as inferior badly, but you do it. You have lynchings in the United States. You make it difficult for them to vote. So, how dare you reproach us for this,” Hayes said.

The documentary, “The U.S. and the Holocaust,” airs on PBS.