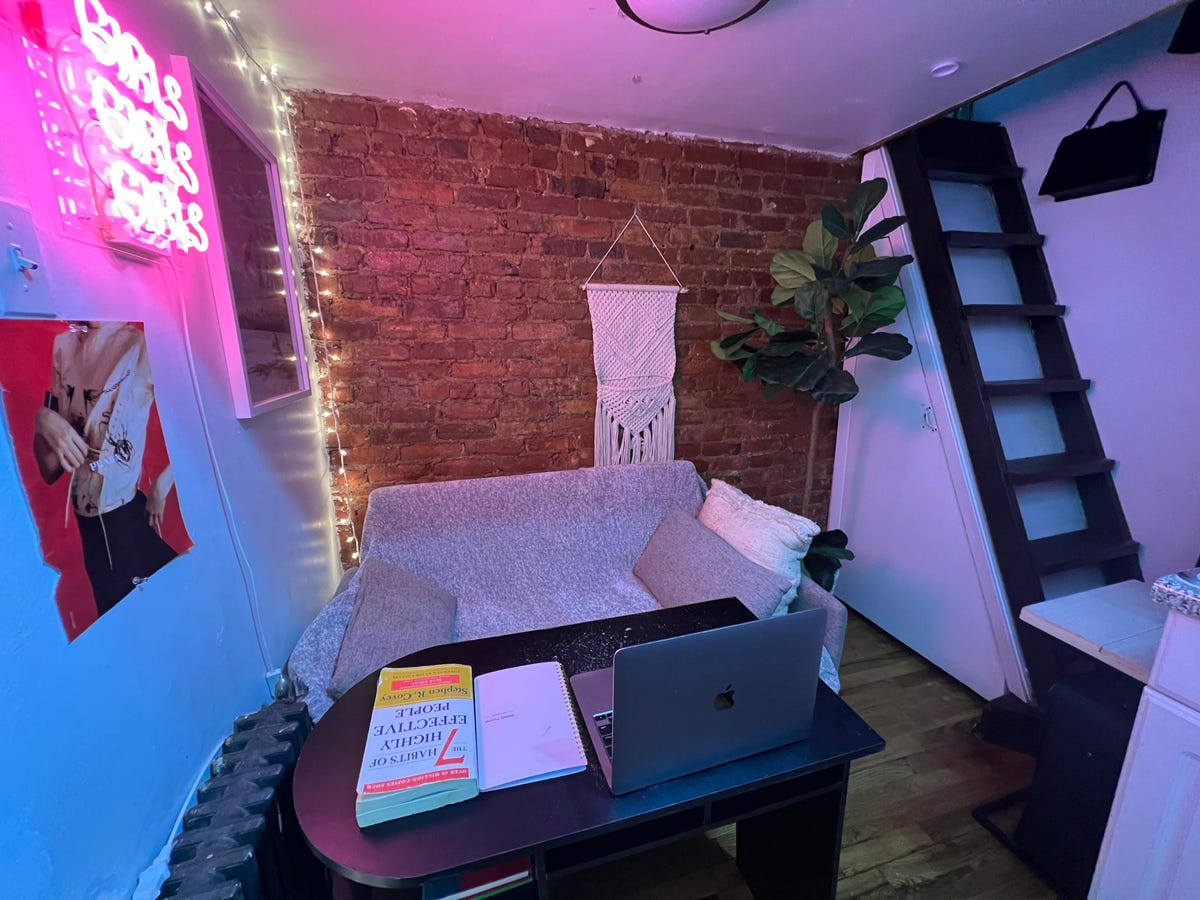 New Yorkers love to complain about living in small apartments, but they’ve probably never lived in a place as small as Alaina Randazzo’s place— which doesn’t even have a bathroom in the unit.

A video from YouTuber Caleb Simpson featuring Randazzo’s 80 feet by 150 feet apartment — the equivalent of a standard parking space — has been viewed by more than 2.3 million amazed (and horrified) viewers, many of whom were shocked that the 25-year-old chose to live in such cramped quarters.

But what it lacks in square footage it makes up for in price — Randazzo pays only $650 a month for the apartment, which is located in Manhattan’s midtown. That’s an impressively small number, given that the median New York rent is now $4,100 per month, according to a report from Douglas Elliman.

Randazzo, who works in fashion media, told Insider she previously sublet a room in a luxury high-rise for $2,500 a month. But she didn’t like the “micromanaging” management at her building — or the fact that she never left the building because it had so many amenities.

So earlier this year she began looking for a new place. She had initially wanted the apartment directly below the one she currently has. “It had a bathroom in the unit, and I think an oven,” she said, but someone snapped it up before she could see it. Despite its small size, Randazzo told Simpson getting her current apartment was actually quite competitive.

“There were so many people touring the apartment when I came, and the agent was just like, you’re really fun, I think you should have it,” she said, calling the unit a “hot commodity.”

The Missouri native moved into the space in February. She said she initially had some reservations about the unit, and her parents worried that it might be a hoax, but so far, so great. She’s saving and investing her money, and with more pocket change, she’s much more likely to bop around the city, exploring local cafes, traveling, and spending money on premium dog-watching services for her dog. “I mean, he’s pampered,” she says.

“I feel like this apartment’s definitely for someone who’s on the go because I honestly will use it just to sleep here,” she said, noting that she often spends time away for work or travel. “Last week was fashion week. I was literally not home.”

Take a look at what might be the smallest apartment in New York City.