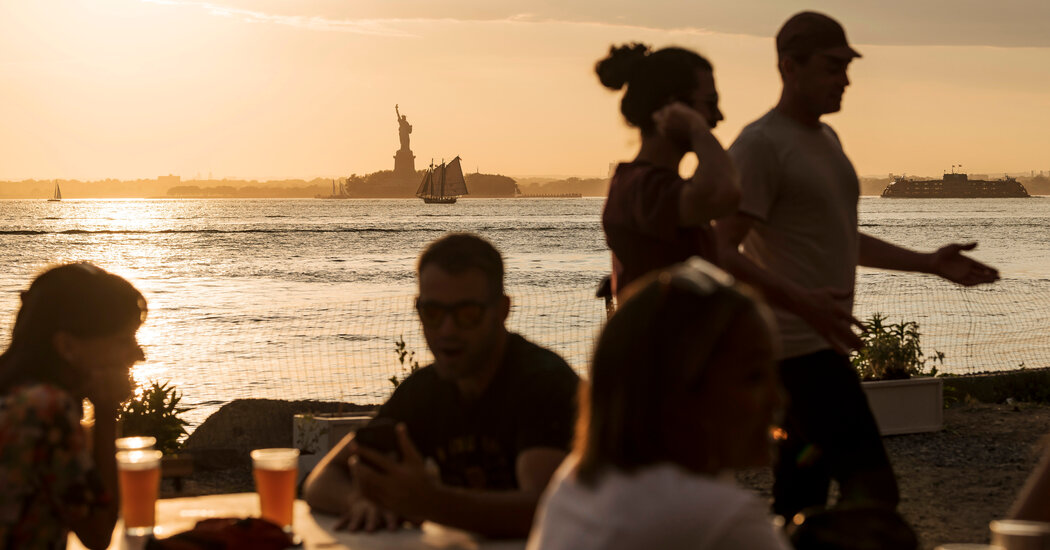 While it’s the last day of August and Labor Day is around the corner, New York City stays warm through the end of September. And even though the sun no longer sets after 8 p.m., that just means those delightfully balmy nights are a little bit longer.

That said, the summer will not last forever, and this is our last edition of Summer in the City for the year. So it is a good time to take stock of the things on your to-do list that you cannot fully take advantage of once sweater weather is upon us.

Back in May, my fellow newsletter writer Julia Carmel kicked things off with their summer bucket list. Then, Julia received a fantastic job opportunity on the West Coast, forcing them to leave New York in July and adding a new urgency to the must-do list that they created.

Julia had this to say on how they spent their abbreviated New York summer:

This summer was … quite different from what I envisioned for myself! Though I got to spend some days roasting at Rockaway Beach and eating Key lime pies in Red Hook, my summer fun was briefly postponed by some of the chaos that comes with moving across the country.

Before moving, I clocked some hours at various farmer’s markets around the city, bocce courts and movie theaters, and I traveled upstate to swim in a few watering holes. And I’m still living out some of my summer bucket list dreams in the opposite coast, even if seasonal changes aren’t quite as dramatic: I’ve found new places to buy fresh produce and sample new foods, and I’ve found new beaches to visit in my used convertible.

All in all, this summer’s completed bucket list included sleeping on Governors Island, partying on a yacht, having a lovely send-off with friends in Prospect Park and hugging several large cows at a nearby rescued farm animal sanctuary. I’m sad I didn’t make it to any sporting events or concerts, but I suppose summer never really ends when you move somewhere that’s always 70 degrees and sunny.

I, of course, cannot say the same. I won’t say I accomplished everything on our bucket list — I spent a lot of time dancing on boats at sunset and not enough time at baseball games or museums — but here are the things I will try to cram into the next few weeks:

Dining Highlights and an End-of-Summer Checklist

While going out in New York this summer meant negotiating a level of risk during a pandemic, folks generally seemed happy to have the chance to be outside again, me included. I was rewarded with some delightful finds.

One evening along Allen Street in the Bowery neighborhood, I stumbled across an impromptu karaoke party. Another night I saw a group of friends dancing while waiting for an order outside of a restaurant. I had fun being part of throngs of nightclub goers lining up at pizza joints or eating fried chicken at Blue Ribbon in SoHo. In Jersey City, where I live, the sight of shaved ice carts being pushed around by vendors was the height of summer. The season carries a sense of fun, freedom and exploration in a city that can often feel focused on hustling and moving from one spot to the next.

Some of my summer activities, like Gotham Jazz Night at Somewhere Nowhere and taking the ferry to Red Hook to spend the day in the Brooklyn neighborhood, are going to be part of my permanent rotation, but there are still a few things I have yet to do that are high on my list.

Feel the wind in your hair with a ride on The Beast, a jet-powered speedboat guaranteed to get you to the Statue of Liberty in a New York minute.

Let Brooklyn show you how to celebrate Labor Day with the West Indian American Day Carnival — returning after a two-year hiatus, bringing Caribbean culture, music and food into the streets on Sept. 5.

Starting Sept. 10, the Museum of Modern Art will be hosting Never Alone, their new exhibit on interactive design. For the digitally averse, head to the Museum of the City of New York’s Analog City and experience a land before computers.