‘Stranger Things’ characters Robin and Nancy were originally going to look ‘hotter’ in a fan-favorite scene, according to the show’s makeup artist 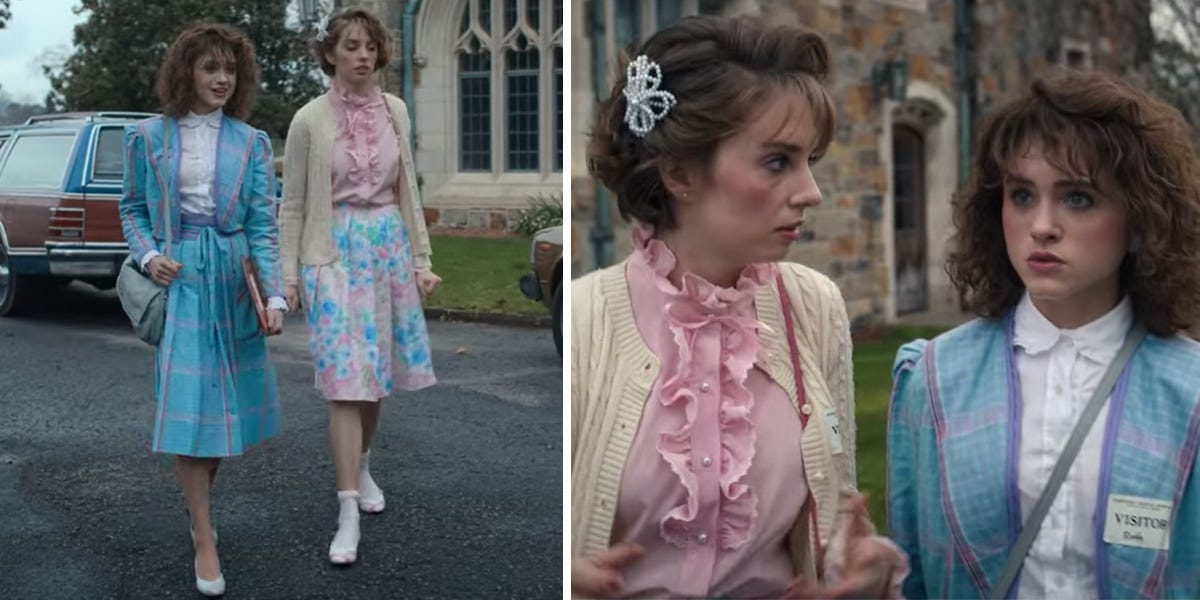 Season four of “Stranger Things” is unlike any other in the show’s history. But according to the lead makeup artists who worked on set, one fan-favorite moment almost looked a lot different.

Insider recently spoke with artists Amy L. Forsythe, the Emmy-nominated makeup lead who’s worked on all four seasons of the Netflix show, and Devin Morales, who joined during season four and was also nominated for an Emmy.

They discussed working with actor Joseph Quinn, the tattoos Forsythe designed for his character Eddie Munson, and the scene in which characters Nancy Wheeler and Robin Buckley disguise themselves as psychology students to speak with a patient at the Pennhurst Mental Hospital.

According to Forsythe, the characters played by Natalia Dyer and Maya Hawke were originally going to be dressed in more mature styles for the scene.

“Natalia, Maya, Devin, and I played around a lot,” Forsythe said about creating the character looks for the “Dear Billy” scene. “We were trying to find what these girls would do when they’re trying to age up. So it was scripted that they were hotter, I guess. But then that version went away and it became more academic.”

Forsythe added that the makeup team and actors were “trying to find this happy balance” for the characters where they would appear older and academic, but not as if they were “modern and who they are on Instagram.”

“We’re not used to seeing these characters bumped up this way,” she continued. “So we have to be very careful to keep things period appropriate, color-palette appropriate, and make sure that the applications aren’t perfect because then they’ll start to look glam and Instagramy.”

Dyer previously discussed dressing as her character Nancy in an episode of Vogue’s Beauty Secrets series.

She said she originally attempted to use beauty products to help get into character, but that one perfume caused her to change course.

“I thought I would buy this perfume from the ’80s,” Dyer said in the video. “I was like, ‘I wonder what this is gonna smell like,’ and sprayed it on before a scene with Joe Keery. It was atrocious. It was so strong and powdery and just not the vibe at all.”

Hawke, on the other hand, has brought “Stranger Things” into her real-life style. For the season-four premiere, for example, she walked the red carpet in a Christian Dior gown covered in subtle nods to the series.