Sources: Jake Paul’s next fight will be against one of the best MMA fighters of all time 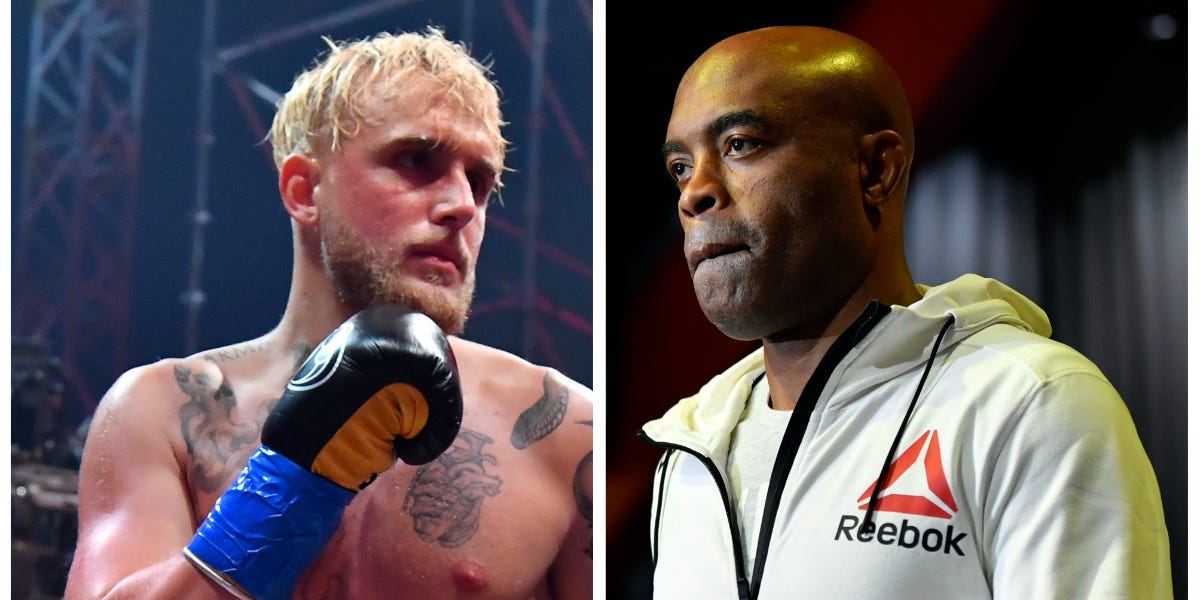 Jake Paul‘s next boxing match will be against one of the best MMA fighters of all time, Anderson Silva, and will take place October 29, according to two Insider sources with knowledge of the situation.

American YouTuber KeemStar was first to report the rumor Monday.

Insider confirmed the 40-year-old’s tweet with people close to the match, who said they could not speak in an official capacity because the fight had not yet been announced.

KeemStar claimed the fight would be confirmed by organizers imminently.

Silva is widely considered one of the UFC‘s best-ever competitors.

As the Las Vegas-based promotion’s middleweight champion, he holds the record for the longest title reign in UFC history at 2,457 days.

Though he finished his UFC tenure with a losing run, Silva reinvigorated his combat sports career with a widely successful foray into boxing, with victories over Julio Cesar Chavez Jr. and Tito Ortiz.

Considering the striking abilities he displayed through his decades in MMA, and his experience in boxing, he is — by quite some distance — the biggest threat Jake Paul will have faced, should the creator fight the Brazilian in the coming months.

But as previously reported by Insider, tough tests are what Paul appears to be seeking out at this stage in his career.

Paul has turned a corner in his boxing career to date

The Fury fight fell apart as the 23-year-old was unable to enter the US because of an apparent Visa issue. The Rahman match, meanwhile, did not take place because of an issue with Rahman’s weight.

It is, as of yet, unclear what weight the prospective Paul vs. Silva fight will take place at, but it will likely be around the 190-pound mark.

If it is announced as soon as KeemStar expects, the fight adds to a healthy offering from premium network Showtime, as it could precede a potential November pay-per-view involving elite welterweight boxers Terence Crawford and Errol Spence Jr.

Crawford vs. Spence could determine the No. 1 boxer in the entire sport

Though the 147-pound spectacle is yet to be announced, an Insider source with knowledge of the situation said earlier this year that November had been earmarked as the likely month for the bout.

A second source told us more recently that expectations remain high for the fight to go ahead that month.

The winner of a Crawford vs. Spence bout — which would be the biggest fight boxing could make in 2022 — could determine the No. 1 fighter in the sport.