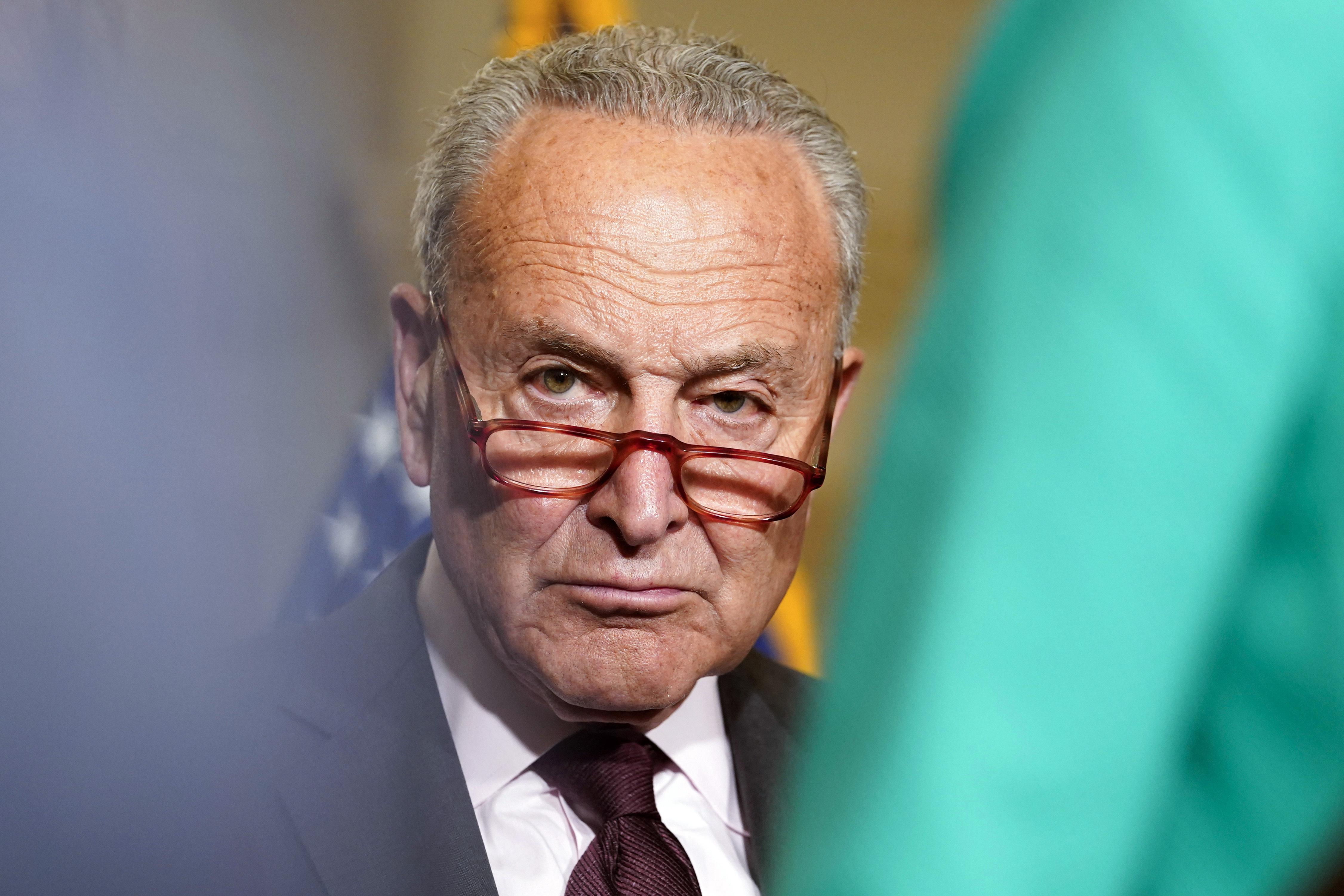 “On this one issue I have to give him credit for playing it in a non-political way,” said Sen. Susan Collins (R-Maine), who’s clashed with Schumer repeatedly after his attempts to defeat her in 2020. “He listened closely to our analysis, and didn’t want to play politics with it.”

After two cycles atop Democrats’ campaign arm, then a role as the party’s top message man who pressed Republicans into rejecting poll-tested bills, Schumer is hitting his stride as party leader — tempering his pugnacity with a deliberative instinct shaped by running U.S. history’s longest 50-50 Senate. While Republicans see his patient approach on same-sex marriage and guns as exceptions to the rule, the past two years have made it more difficult to argue Schumer’s singular focus is making Republicans look bad.

That’s not to say Schumer won’t throw a partisan haymaker. But as he leads his 50-member caucus into the midterms, his record as majority leader is coming into sharper relief after four years leading a Democratic minority whose main aim was foiling former President Donald Trump.

Over the past 20 months, Schumer has notched party-line wins on coronavirus aid and climate, tax and health care with no margin for error. The bipartisan laws inked under his leadership include Schumer’s own microchip legislation and the first major gun safety law in a generation as well as a sweeping infrastructure deal, an effort that bedeviled several previous presidents.

“Whenever I can get something done in a bipartisan way, I do it. Second best thing is if you can’t get it done in a bipartisan way and you have to just [use] Democratic votes to still get it done,” Schumer said in an interview this week. “If the Republicans are intransigent, and there’s no chance of getting done, I believe in accountability. But it’s my third choice, not my first.”

Schumer hasn’t totally abandoned the concept of the Senate floor as a campaign studio: On Thursday he’ll bring up a vote on the doomed DISCLOSE Act, a Democratic-preferred proposal to make political donations more transparent. He also held a failed vote on abortion rights earlier this year and forced a vote on amending Senate rules in order to pass changes to election regulations — a doomed effort that Sinema and Sen. Joe Manchin (D-W.Va.) voted down.

But on two high-profile social issues, firearm access and marriage equality, Schumer consciously stepped away from the most partisan and aggressive approach. Baldwin said in an interview that she was actually pushing to move as fast as she could on same-sex marriage, but that her role in whipping the votes informed her conclusion that it was “way too important to risk losing.”

“Senator Schumer trusted my assessment of where our Republican supporters on this legislation were. Which is: If forced to vote prior to the midterms, we might not have the same number of supporters as we will after,” Baldwin said. “It was always about getting something done, not about losing.”

To Baldwin and other Democrats, Schumer’s move on codifying same-sex marriage protections continued a pattern of him generally reserving failed votes for bills he thinks have no chance of ever becoming law. Yet Republicans say they’ve been puzzling over Schumer’s decision for days, trying to divine whether it’s part of a trend or a one-off moment.

One GOP senator, who requested anonymity to speak candidly, said he would never cross Baldwin, and she deserves the lion’s share of the credit for the delay. Others say the episode highlights the complexities Schumer faces in one of the toughest jobs in Washington.

“I can’t try to read his mind. I took it as a positive sign. I took it as: He wants to actually get a bipartisan bill rather than to use the issue as a message. Which we have clearly done before,” said Sen. Lisa Murkowski (R-Alaska), who is generally supportive of same-sex marriage but hasn’t committed to backing the legislation.

Schumer’s always prided himself on his constant contact with his members. He consulted repeatedly with Sen. Chris Murphy (D-Conn.) when he decided to pull back on forcing a vote on background checks for gun buyers after the devastating school shooting in Uvalde, Texas, instead allowing a bipartisan group to work its will.

That explains another side of a less bellicose incarnation of Schumer: He always consults the senators closest to an issue to inform his strategy, whether that’s infrastructure or guns or marriage. After all, this is the guy who was in the immigration Gang of Eight — he knows how bipartisan groups work from experience.

Baldwin and Sinema, along with Republican partners like Collins, told him in no uncertain terms that they are confident they can break a filibuster on same-sex marriage after the election, but possibly not before then.

“He was really letting us do the work, in the same way that we had to do with the community [gun] safety bill,” said Sen. Thom Tillis (R-N.C.), who worked on both same-sex marriage legislation and the firearms bill. “In spite of all the narrative that was buzzing around in the bubble, it never occurred to us that it was going to be a jam.”

On the Democratic side, however, there wasn’t a consensus at the beginning. Some progressives thought Democrats should force the vote before the election, viewing it as a policy win if it advanced and a political win if it failed. After all, there’s no guarantee that the measure will pass after the midterms, even though Baldwin says she believes it will.

“We debated it back and forth,” said Senate Majority Whip Dick Durbin (D-Ill.).

Both Collins and Sinema said the issue transcended politics for Schumer as well. As Sinema put it: “This issue is personal for Senator Schumer. We all have friends and family who are worried their loving marriages could be in jeopardy.”

Longtime Schumer watchers have noticed a broader shift in attitude, which bypasses any one issue, that allows him to be more focused on a longer game. Though he still pays close attention to the Senate races, it’s become less front-of-mind while he steers the 50-50 chamber and Sen. Gary Peters (D-Mich.) runs the caucus’ campaign arm.

Schumer the political animal, in other words, sharpens his teeth a little bit less these days.

“One of Chuck’s biggest problems, and hopefully we’ve alleviated some of that is … he was always a player within the DSCC. And really it doesn’t help with policy, when you’re on the political side,” said Sen. Jon Tester (D-Mont.), the DSCC chair in 2016. “He’s given Peters far more space than he ever gave me, let’s put it that way.”