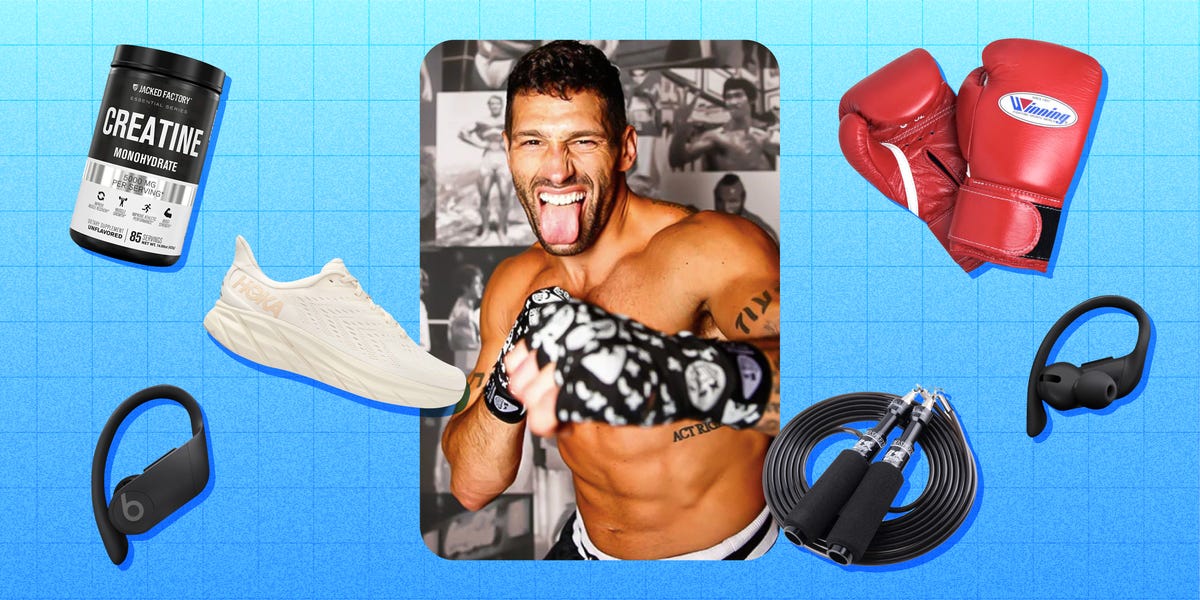 When you buy through our links, Insider may earn an affiliate commission. Learn more.

When Noah Neiman isn’t teaching or training at Rumble Boxing — the line of fitness studios he co-founded that specializes in group boxing and strength-training classes — he’s traveling and working on expanding the franchise across the US.

That’s to say he’s a busy man who’s got fitness on the brain basically 24/7. But as demanding as the entrpreneur’s schedule gets, he always finds a way to squeeze in time for a work out.

Over the past 20-plus years, Neiman says he’s learned to listen to his body when it comes to training. “I don’t schedule rest days,” Neiman says, “but I’ll take it when I feel like I need it.” He typically teaches at Rumble four to five times a week, which serves as strength and conditioning, and hits heavier weights at least three times a week.

Neiman’s advice for those just starting to build an exercise routine? “Be where you’re at.”

He’s a big proponent of focusing on what you can do, and that being enough. We asked Neiman about the speed rope he brings everywhere, the Japanese gloves he uses to train, and the other gear you’d find in his gym bag.