Royals from around the world united for the Queen’s funeral — some were her close friends and others distant relatives. Take a look. 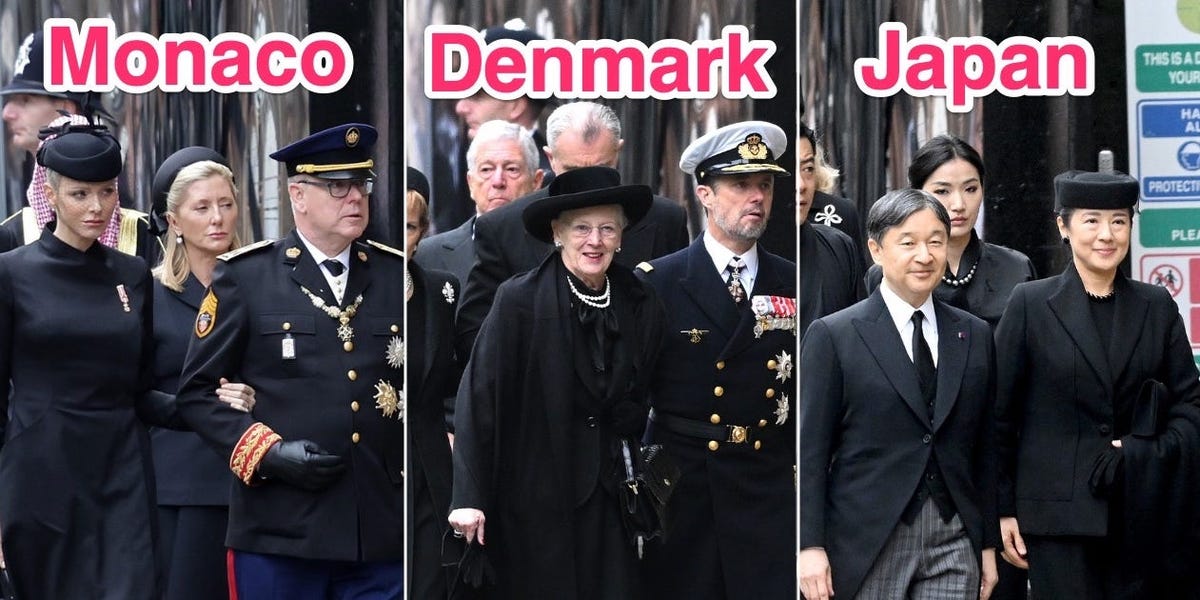 Queen Margrethe II of Denmark, a distant cousin of Queen Elizabeth II, attended the funeral with her son Frederik, Crown Prince of Denmark.

Margrethe II of Denmark, 82, became the longest-living reigning queen in Europe after the death of her friend and third cousin, Queen Elizabeth II, on September 8.

She and the British monarch had a close relationship and referred to each other by their childhood nicknames, Town & Country Magazine reported. Queen Margrethe II said she’d call her “Lilibet,” and that Queen Elizabeth II would call her “Daisy.”

According to the outlet, Margrethe wrote that Queen Elizabeth II was “a towering figure among the European monarchs and a great inspiration to us all” in a condolence book for King Charles III.