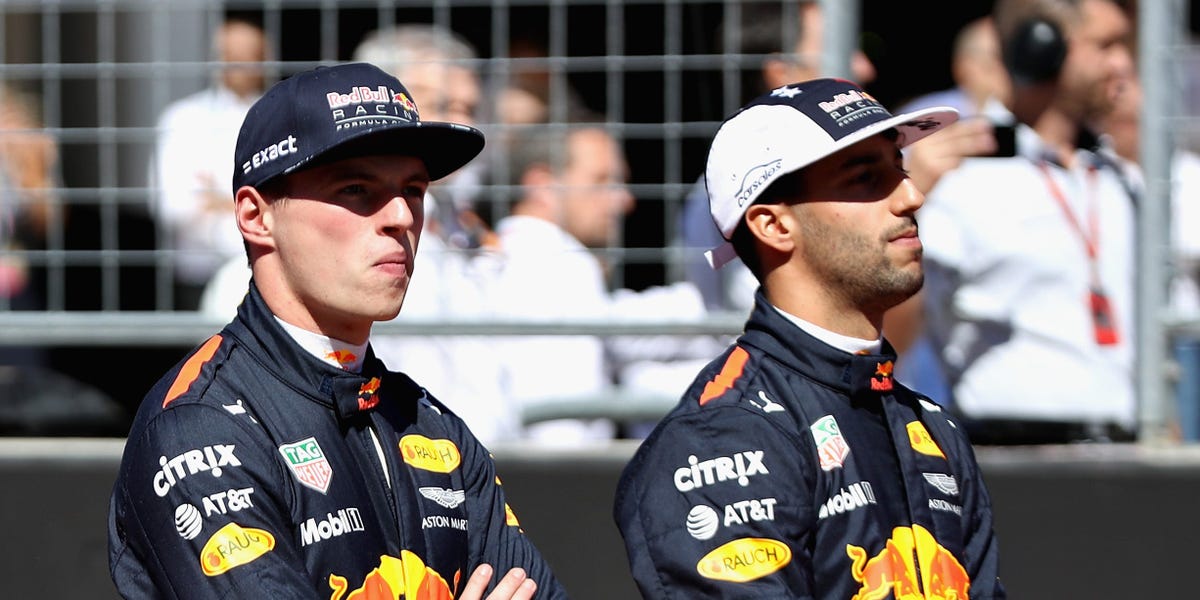 Red Bull team principal Christian Horner likes to remind his drivers that the Formula One cars are not theirs — they are just lucky enough to be able to drive them.

During a recent appearance at Cambridge Union, Horner explained the tough-love lesson he had to teach his two star drivers after an on-track incident left both Red Bull cars wrecked.

The incident came at the 2018 Azerbaijan Grand Prix. After teammates Max Verstappen and Daniel Ricciardo had already made contact earlier, Ricciardo tried to pass Verstappen and slammed into the back of his car, knocking both out of the race.

After the race, Horner announced that the drivers would have to apologize to all the employees at the team’s factory. During his session at the Cambridge Union, he explained how far they had to go, why he thought it was necessary, and how that might not have even been the worst part of the punishment.

“The most frustrating thing in the world is seeing your own cars collide with each other because that is a massive own goal,” Horner said, comparing it to a soccer team accidentally scoring into their own net. “[Verstappen and Ricciardo] got a major bollocking after the race. I said it’s not their car. So they both came back to the factory, and I made them go around to every single department and apologize for crashing the team’s car.”

Horner further explained the concept of “the team’s car” when speaking about his current drivers’ roles, especially with regards to Sergio Perez serving as an “incredible servant” in helping Verstappen and Red Bull win.

“[Perez] now believes in himself that he can be a world champion,” Horner said. “That adds then another dynamic, where, you know, yes, our main competition is Ferrari, but obviously the drivers want to race each other. But it’s like, ‘Guys, be careful. This isn’t your car. This is the 800 people that design and build it for you. It’s their car. You’re just lucky enough to drive it. So please respect that and look after it.'”

To make sure that point got across after the 2018 Baku race, Horner added one more element to the punishment that he thinks was even more painful for the drivers than apologizing to 800 co-workers face-to-face.

“We get everybody together [after the race] about what we learned and what we can do better, what we did well, et cetera, et cetera,” Horner said. “So both the drivers are a little bit sheepish. And now, what really hurts the driver is when they have to pay for something. So I announced at the briefing that obviously not only were they sorry, but they would be picking up the tab for the Christmas party, and drinks were on the drivers. That probably hurt them more than anything.”

Coolio Recorded Lines For Futurama Revival Series Prior to His Death