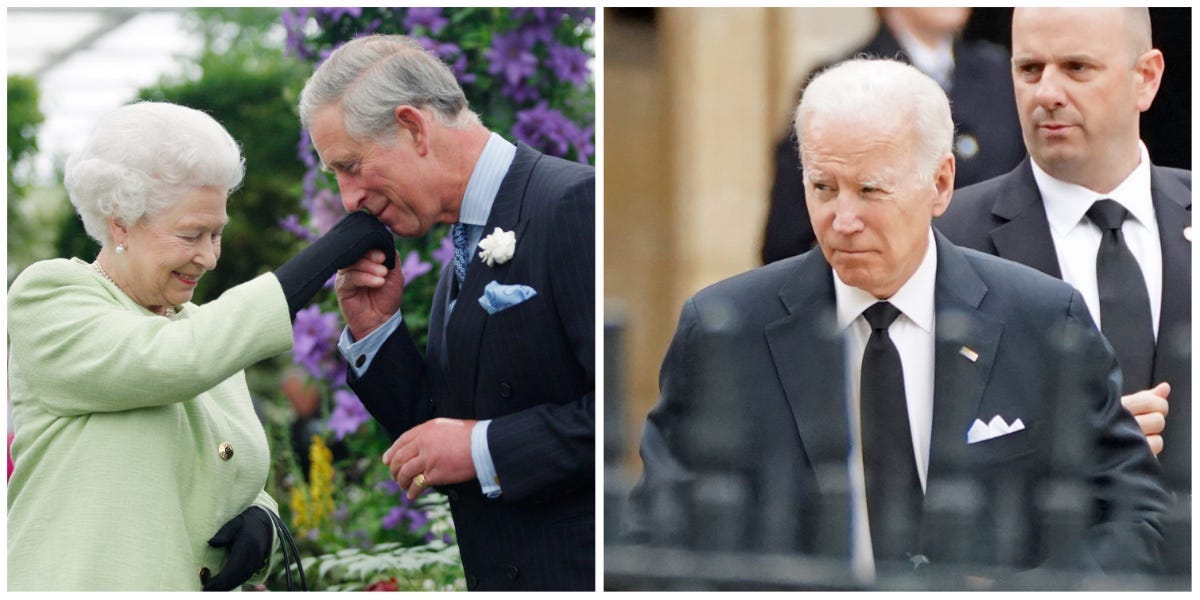 President Joe Biden and first lady Dr. Jill Biden flew to London to attend the funeral of Queen Elizabeth II and offer their condolences to the royal family.

“Our hearts go out to the royal family — King Charles and all the family,” he told reporters after signing the book. “It’s a loss that leaves a giant hole. And sometimes you think you’ll never overcome it. But as I’ve told the king, she’s going to be with him every step of the way — every minute, every moment. And that’s a reassuring notion.”

When news of the Queen’s death first broke, Biden also left a handwritten note in the British embassy’s condolence book in Washington, DC.

“The American people mourn today with people throughout the United Kingdom and the Commonwealth,” he wrote. “Elizabeth II defined an era. She led with enduring strength and dignity, devoting her whole life to serving her people. Jill and I will never forget meeting her and experiencing her warmth and kindness. She will be forever remembered.”

Biden is no stranger to grief, having lost his first wife Neilia and daughter Naomi in a car accident in 1972 and his son Beau to brain cancer in 2015, and often speaks publicly about his experiences with loss.

The Bidens were among 2,000 dignitaries invited to attend the Queen’s funeral at Westminster Abbey on Monday. The late monarch died at the age of 96 after 70 years on the British throne.

The Heartbreaking Way Frank Sinatra Is Linked To Seinfeld