Plainclothes officers in West Virginia interrupted a funeral by killing a pallbearer as he was mid-embrace — and seconds after placing his father’s casket in the hearse: report 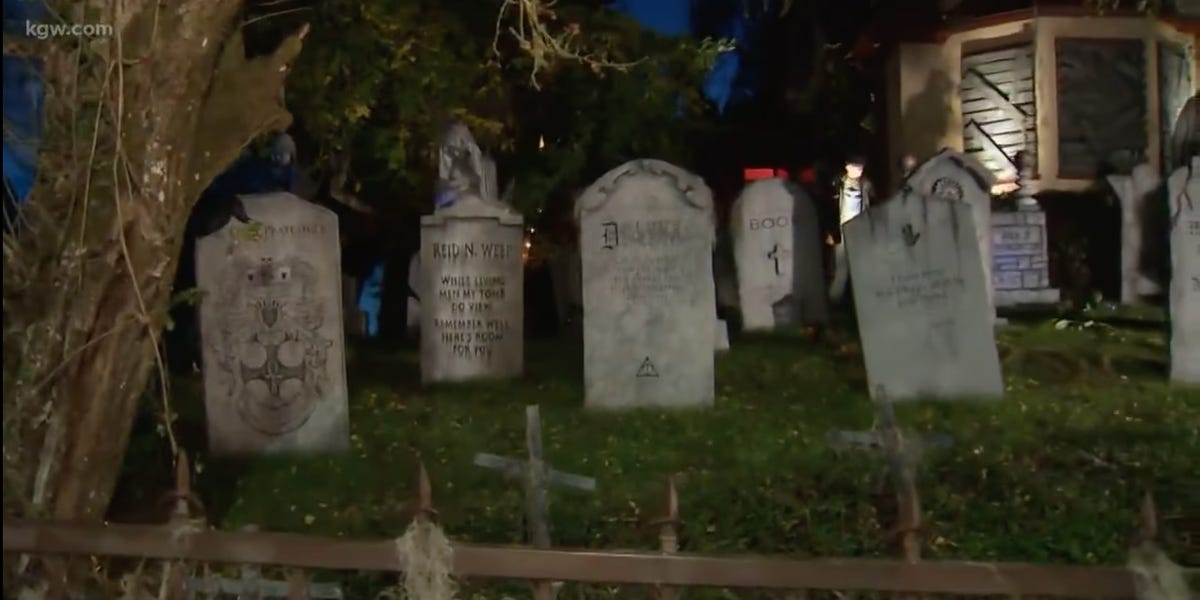 A West Virginia man died mid-embrace when police in plainclothes fired shots toward him just seconds after placing his father’s casket into a hearse.

Two officers with a fugitive warrant showed up outside a West Virginia funeral home on August 24, The Washington Post reported, and called out Jason Arnie Owens’ name before shooting.

Witnesses and funeral attendees said Owens, 37, was not armed, despite contrary claims from law enforcement, The Post reported.

“There was no warning whatsoever,” Cassandra Whitecotton, a family friend, told The Post.

When the two officers fired, Owens’ blood sprayed everywhere and caked his 18-year-old son, according to The Post.

“They yelled Jason’s name. They just said ‘Jason’ and then started firing,” Whitecotton said. “There was no identifications they were U.S. Marshals — anything. They did not render this man any aid at all. Never once they touched him to render any aid whatsoever.”

After Owens placed his father’s casket into the hearse, he embraced a relative. Then, seconds later, he died.

The US Marshals Service has not yet specified why Owens’ name was on a list of fugitives to be apprehended.

Owens received a prison sentence of up to 13 years in 2018 after fleeing from a sheriff’s deputy, The Post reported. Prosecutors said he had tried to strangle the deputy, and he was released on parole in April last year.

The two officers pulled up to the scene in separate cars, the Post reported. One of the cars almost hit Whitecotton, she said.

“It about hit me, so I jumped back up on the curb and kind of looked at him like, ‘What’s your problem?'” she told The Post.

A man wearing shorts and a T-shirt rushed out of the car. Another witness — Mandy Swiger, Owens’ cousin — said she saw a white truck nearly hit her mom’s car as the driver pulled into the funeral home parking lot.

Swiger said she and the other funeral attendees were told by the officers to step back from Owens’ body or they’d shoot.

“We want to know why you would do this in front of his family,” Swiger said, per The Post. “And what gives you the right to do that to an unarmed man?”

I’m transgender and started my medical transition when my child was 11 months old. I’m a better parent because of it.