Opinion | Gorbachev Freed the Soviet Union but Could Not Save It 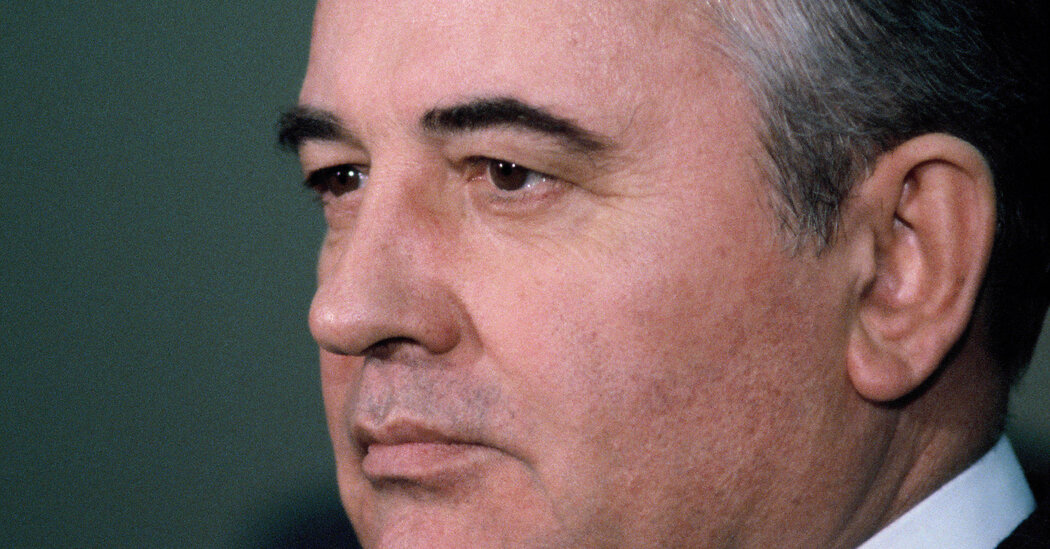 The citizens of what was then West Germany, who lived in a divided country amid a huge arsenal, greeted Mr. Gorbachev’s efforts to end the Cold War with a special passion. I remember crowds outside the baroque Old Town Hall in Bonn, then the West German capital, chanting “Gorby! Gorby!” while he signed the guest book inside. A public opinion poll on the eve of that visit in 1989 recorded an astounding 90 percent of respondents answering “yes” when asked whether Mr. Gorbachev was a man they could trust.

There were cheers of “Gorby! Gorby!” in East Berlin, too, when Mr. Gorbachev visited in October 1989 to join its aging Communist leaders in celebrating the 40th anniversary of the East German state — a visit that directly precipitated the fall of the Berlin Wall a month later. A popular myth in the United States credits Ronald Reagan with that historic event, but the forces that Mr. Gorbachev unleashed throughout East Europe were immeasurably more important.

Yet Mr. Gorbachev was a reformer, not a revolutionary. Only nine months before the Soviet Union was to collapse, he confessed before an audience in Minsk, in what is now Belarus, “I am not ashamed to say that I am a Communist and adhere to the Communist idea, and with this I will leave for the other world.”

What he failed to understand — and what his grizzled, ruthless predecessors in the Kremlin knew intuitively — was that to loosen a system built on coercion, power and fear was to destroy it. While Soviet society burst from the restraints of Soviet authoritarianism, Mr. Gorbachev’s efforts to reform the economy foundered on the same rocks as all previous reforms: the privileged, corrupt Communist Party apparat.

He tried economic shock therapy, then reversed course, then tried force, but it was all too little, too late. Without the cruel glue of repression, the Soviet Union disintegrated, and the economy ground to a halt. An attempt by Communist hard-liners to seize power by force in August 1991 was put down by Boris Yeltsin, and the U.S.S.R. would survive only a few months more.

In retrospect, it is intriguing to question whether things could have gone differently or whether the Soviet Union could have survived had Mr. Gorbachev taken different actions. China, which crushed the liberalizing forces set loose by Mr. Gorbachev in Tiananmen Square, suggests an alternative route.