‘Not My Choice.’ A TV Anchor Is Ousted, and Viewers Ask: Was Sexism to Blame? 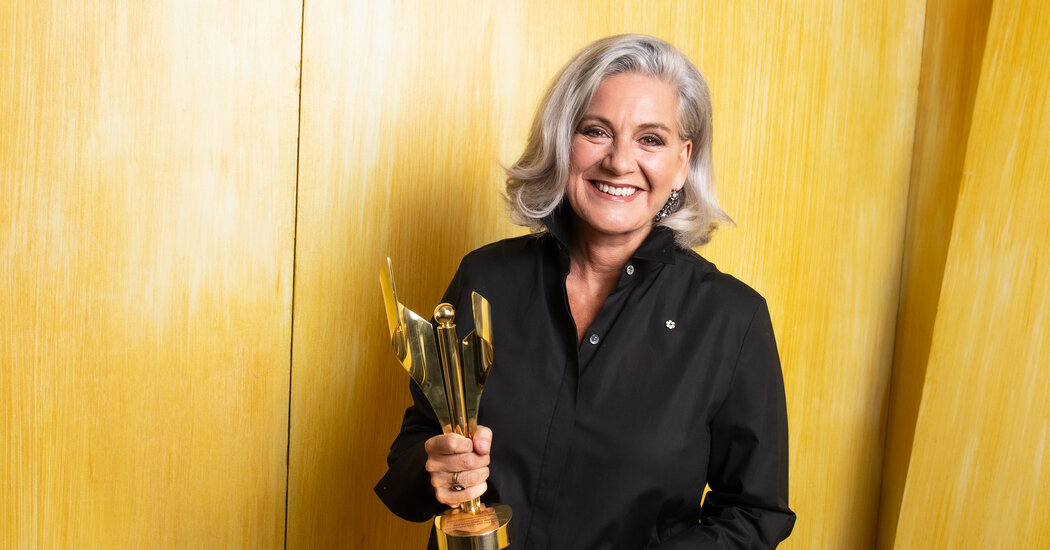 From a makeshift studio and with a news anchor’s measured tones, one of Canada’s most familiar faces shocked viewers, created a PR disaster at a national broadcaster and set off intense conversations about how employers treat women as they age.

She did it with a polite, unexpected farewell.

“I guess this is my sign-off from CTV,” the news anchor, Lisa LaFlamme said in a video that announced the abrupt end of her 35-year career at the network.

She made it clear that the decision was made by Bell Media, the company that owns CTV, and not by her. The company made “a ‘business decision’ to end my contract,” she said, adding that she was “blindsided” by the call.

Ms. LaFlamme said it was “crushing to be leaving CTV National News in a manner that is not my choice.”

In the two weeks since she posted the video online, Ms. LaFlamme, 58, has inspired a huge wave of support, with many women speaking out about their own difficult experiences in the workplace.

Neither Ms. LaFlamme nor Bell Media has described the specific reasons for her dismissal. But viewers, fellow journalists, former government officials and celebrities were quick to draw their own conclusions, accusing Bell Media of “shameful” and “shoddy” conduct, with some speculating that factors like sexism were at work.

After a Globe and Mail report, citing an anonymous CTV official, said that an executive had questioned Ms. LaFlamme’s decision to stop dyeing her hair and let it go gray, Canadian branches of companies like Wendy’s and Dove, in a gesture toward the anchor, turned their branding gray.

On Friday night, Mirko Bibic, the chief executive of Bell Media, pushed back against the accusations but said he would not disclose details of the case because of an agreement with Ms. LaFlamme.

“The narrative has been that Lisa’s age, gender or gray hair played into the decision,” Mr. Bibic said in a statement posted on LinkedIn. “I am satisfied that this is not the case and wanted to make sure you heard it from me. While I would like to say more on the Bell Media decision, we are bound by a mutual separation agreement negotiated with Lisa, which we will continue to honor.”

He did say that an executive, who some viewers have criticized over the dismissal, had been put on leave “effective immediately,” pending the findings of a workplace review. The review, he said, will be independent and will seek to “address concerns raised regarding the working environment” in the newsroom.

In response to an email, a Bell spokeswoman said, “We will not be responding to any further questions on this matter.” Ms. LaFlamme could not immediately be reached for comment.

Mr. Bibic’s post did not quell the growing anger over Ms LaFlamme’s departure.

Over the weekend, a former prime minister, Kim Campbell, joined the singers Sarah McLachlan and Anne Murray and other high-profile Canadians in condemning the dismissal, saying Bell had “confirmed one sad truth: Even after all the progress women have made, they continue to face sexism and ageism at work every day.’’

In its initial statement about Ms. LaFlamme, Bell Media said its decision had been driven by “changing viewer habits,” without offering further details. In a subsequent statement, the company said that CTV “regrets that the way in which the news of her departure has been communicated may have left viewers with the wrong impression about how CTV regards Lisa.”

In that statement, Wade Oosterman, the president of the company, and Karine Moses, a senior vice president, announced “an independent third-party internal workplace review of our newsroom.” The executives said they took “matters regarding any discrimination very seriously and are committed to a safe, inclusive and respectful work environment for all our employees, devoid of any toxic behavior.”

Though some speculated that Ms. LaFlamme’s dismissal was tied to the financial crisis in journalism, most conversations centered on a deeply rooted problem that extends far beyond the news industry: sexism. Many journalists and viewers noted that Ms. LaFlamme’s predecessors, both men, were able to retire at 69 and 77, and that both were able to offer their farewells on-air.

“The media landscape has obviously been pretty turbulent in previous years: We’ve seen quite a lot of firing and replacing of anchors and anchor teams,” said Sylvia Fuller, a sociologist at the University of British Columbia who studies inequality in the labor market. “But nobody of that stature, and nobody of that stature in a way that the departure has not been highly managed.”

Amanda Watson, a sociologist at Simon Fraser University who studies media, said Ms. LaFlamme’s dismissal resonated with many people because it spoke to the problem of economic precarity — the risk of losing a job despite significant success over a long career — and because of the anchor’s sex and age.

“Women were scared to see that, and also angry, because it’s a fear that we all have,” she said. Many women, she said, are asking, “Wow, if this could happen to her, how could it not happen to me in my low-profile job?”

Ms. LaFlamme was widely praised when she stopped dyeing her hair in 2020, a decision that many called laudable in the face of the double standards that women encounter over their appearances in the workplace. In a year-end special, Ms. LaFlamme said that after being unable to visit her stylist during the pandemic, she “finally said: ‘Why bother? I’m going gray.’ Honestly, if I had known the lockdown could be so liberating on that front I would have done it a lot sooner.”

Dr. Fuller said the decision to let her hair go gray was a way of signaling that “you’re beyond having to cater to social expectations. Your age and experience should be read as a gravitas, as power.”

Ms. LaFlamme was at the top of her profession, having interviewed heads of state and reported from countries in conflict and disaster-stricken cities, among them Iraq and Afghanistan after Sept. 11; New Orleans after Hurricane Katrina and Haiti after the 2010 earthquake. She covered the Olympics, royal weddings and the deaths of leaders like Fidel Castro and Pope John Paul II. In 2020, she won a lifetime achievement award.

Dr. Watson said her career might be compared to that of Katie Couric, who was the first woman to serve as the sole anchor of a major network evening news program in the United States.

Largely overshadowed by the controversy, CTV this month named Omar Sachedina, a national correspondent, to replace Ms. LaFlamme, an announcement that many hailed on its own terms. “A Muslim man helming the biggest national news program — history,” tweeted the Global News journalist Ahmar Khan. “But, diversity doesn’t cover the gaps of mistreatment.”

What Zac Efron Has To Say About Those MCU Casting Rumors