My family and I ate like Queen Elizabeth II for a week. We loved her simple, frequent meals and snacks, but it was too much meat for our tastes. 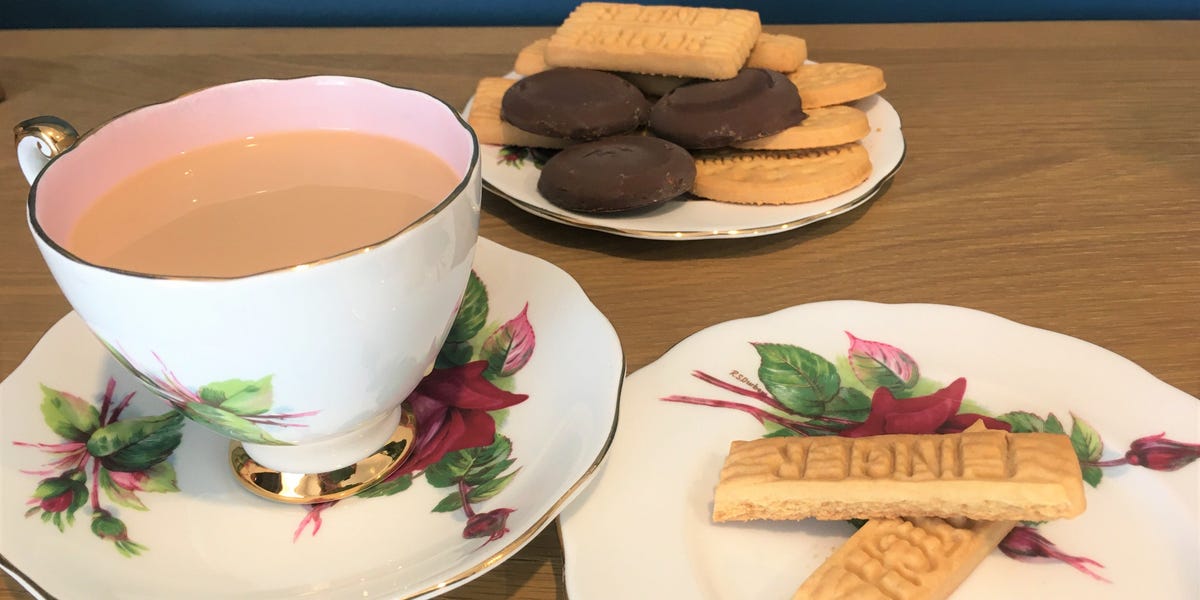 Whether you find the royal family interesting or not, the end of Queen Elizabeth II’s 70-year reign is a significant historical event. My family decided to commemorate it by eating like the Queen for a week.

With the help of my 12-year-old budding chef, I researched and planned out our menu to match the Queen’s diet, which included a surprising four-plus meals each day.

Here’s what we loved — and what wasn’t so great — from our week of royal eating.

We started the day with breakfast biscuits

We usually skip breakfast and eat just twice a day, but I found out the Queen started her day with a decent-sized meal, as well as a sugary kick to get things going.

We did make a substitution early on. The Queen’s favorite Earl Gray tea was quickly swapped out on day two for coffee and hot chocolate. No one is a big fan of tea here, but we loved her morning habit of pre-breakfast biscuits.

After a biscuit or two, we ate a bowl of cereal — apparently, she favored Special K as well as corn flakes — and if we were still hungry, toast with marmalade or smoked salmon and eggs.

The big breakfast was a shock to our systems, but we all agreed, a biscuit was a delicious — if slightly surprising — way to start our morning.

She was onto something with all those tiny meals

The Queen’s chefs delivered her food frequently throughout the day, but in far smaller amounts than most of us typically eat in one sitting. With pre-breakfast, breakfast, lunch, afternoon tea, dinner, and dessert, we felt like we were eating all day.

Because of this, we adjusted our portion sizes from those we were typically used to so we could eat as often as she did. I wouldn’t want to be preparing this much food on a regular basis. She had her own chefs for a reason, after all. And even though we were eating all day, it seemed to make us feel hungrier than usual.

Her menu is basically a meat lovers’ heaven

Our family generally eats meat about once a week, but the Queen was clearly a meat lover, so our usual vegetarian curries and veggie stir-fries were swapped out for steak, salmon, and venison burgers. Even lunch included chicken or fish with a salad.

Dinners were simple to prepare, as they were usually a basic meat-and-veggie meal, like salmon and green beans, or steak with broccoli and carrots. Most nights we were done with dinner prep within 20 minutes or less. I was happy to find out my family enjoys simple, quick meals just as much as the more complex ones I usually make.

The venison burgers took a little longer, with sliced venison steak, beetroot, lettuce, and zucchini, but they were a hit, and felt much healthier than regular hamburgers. We all loved the smaller, simpler dinners and the desserts of fresh strawberries or peaches and cream. But the extra meat pushed the grocery bill higher than we’re used to, and my environmentally conscious kids weren’t happy about eating so many animal products.

Afternoon tea was our favorite time of the day

The Queen’s afternoon tea quickly became our favorite time of day. Every day at around 4 p.m., she had what’s called a jam penny — a small sandwich made with white bread and jam and cut into a circle — often with other tiny sandwiches like cucumber or ham and mustard.

It was a lot of work preparing a selection of tiny sandwiches, cutting off crust and corners, but it did feel good eating a decent snack in the late afternoon before rushing the kids around to their various after-school activities.

Queen Elizabeth also liked a range of sweet food accompanying her sandwiches, from scones to cakes, and we decided to make her favorite — chocolate biscuit cake. This was the biggest hit of the week. It was easier to make than I expected and doesn’t even need to be cooked in the oven. It’s made primarily of dark chocolate and biscuits and hardens in the fridge to a gorgeous, rich slice. If we keep anything from our week of royal eating, it will be this recipe.

By the end of the week, we all had our clear favorites — venison burgers, pre-breakfast biscuits, fruit dessert, and chocolate biscuit cake — but we felt relieved to add our vegetarian meals back into our diet. And while we all loved eating like the Queen for a week, I can also see why she needed kitchen staff. Everything was simple, but eating so many separate homemade meals in a day is time-consuming.

It was fun having so many sugary treats in the pantry for a week, and preparing food with my 12-year-old — especially afternoon tea snacks — is something we’ll keep doing. We’ll just choose less sugar-packed, bread-based options, and make a version of her diet that works for us.