My Black son said he wants lighter skin and blue eyes. ‘The Little Mermaid’ is important for him, too. 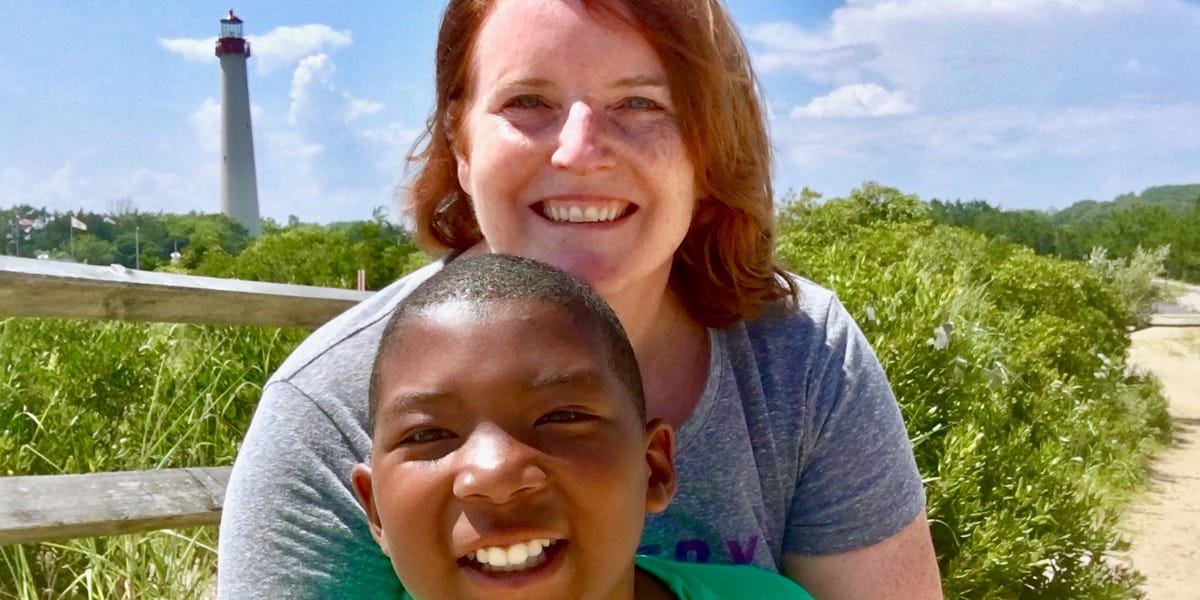 My son and I were walking our dog a few weeks ago when he told me something I’d hoped he’d never say.

Daniel said he wished his skin was white. We kept walking, but my insides froze for a moment as my insecurities rushed forward, each jostling for top billing.

Plenty of people would have agreed — I’m the white mother of a Black child adopted at birth. In 1972, the National Association of Black Social Workers published a position statement expressing its opposition to transracial, or interracial, adoption. More should be done, the association said, to keep Black families together and, if that was not possible, to find Black adoptive parents. The association was concerned, among other issues, about culture, identity, and survival skills.

Ever since I’d learned about that position statement, I’d kept it close, for better or for worse. For better: I dove into the education I needed and when making decisions about Daniel’s schooling and environment. For worse: I’d devolve into unproductive insecurity and second-guessing about my parenting.

On that night’s walk, thankfully, I fought the urge to interject and declare that he didn’t need to be anyone or anything else. Instead, I asked my 12-year-old son an important question.

It turned out that all of the YouTubers Daniel looks up to are white, so he figured he needed white skin if he was to make it in his current dream career as a video-content creator.

“Not as white as you,” he clarified, reaching out to touch my pale, freckled forearm. But lighter. And he also wanted hair that would flop over his eyes, which would be blue. Maybe he would even get a wig to accomplish that.

The importance of ‘The Little Mermaid’

I’m reminded of that conversation as I watch the current dialogue surrounding the revamped “The Little Mermaid” movie and its Black lead. Across every social-media channel, parents are sharing reaction videos of Black girls watching the trailer with delight.

“She looks like me!” they exclaim again and again.

We still have a way to go

I had tried to surround Daniel with enough books, shows, movies, and people in his life to stave off the “I wish I was white” experience. Instead, I was reminded that we still have a long way to go. It finds its way in.

Fortunately, we have more resources in 2022 than ever before. I still have work to do, of course; that’s a lifetime endeavor. But on the YouTube front, I’ll search for Black creators and make sure Daniel knows about them.

Daniel might wish for lighter skin again, but my goal is for that to happen in the way that any kid might appraise their physical attributes — and for it to be a fleeting thought that he quickly dismisses.