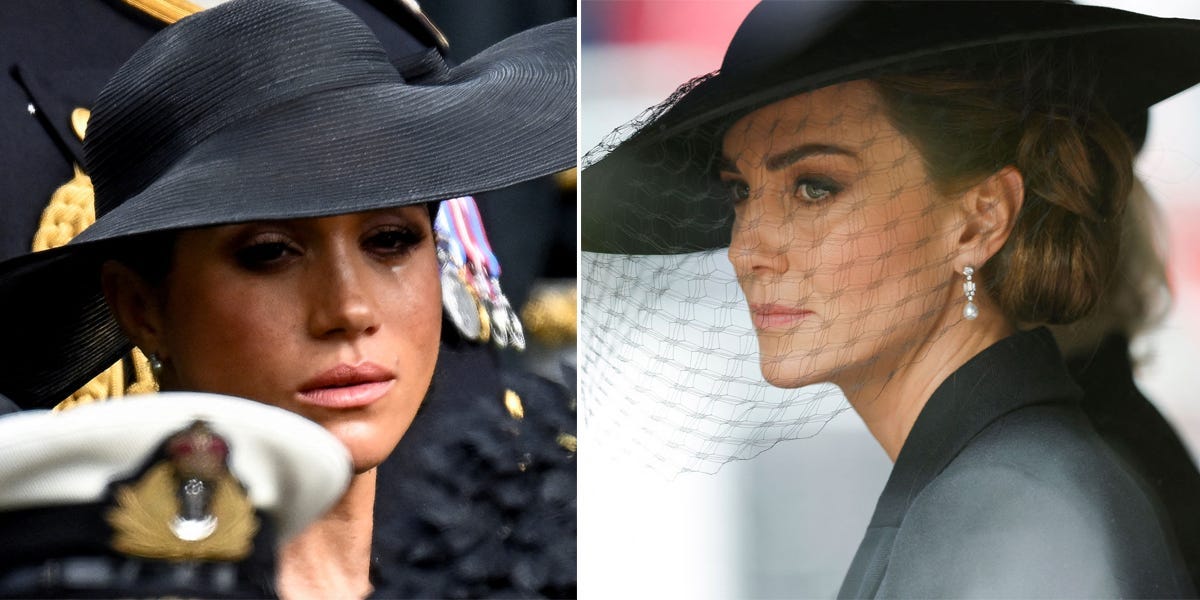 Kate and Meghan Markle were reunited before the funeral began.

Meghan rode to the funeral with Sophie, the Countess of Wessex, but she stood side by side with Kate and her children upon her arrival.

It marked the first time Meghan was seen publicly with her niece and nephew since she and Prince Harry stepped back from the royal family in 2020.

Meghan and Harry’s relationship with the royal family has reportedly been strained, but they seem to have made steps towards reconciliation in light of the Queen’s death, at least for the time being.

Share
Facebook
Twitter
Pinterest
WhatsApp
Previous articleChainsaw Man Trailer Reveals English & Japanese Voice Cast
Next articleI have over 20 years of experience in early education. This is what I wish parents would teach their kids before starting preschool.