More Children Are Swallowing Batteries and Landing in the E.R. 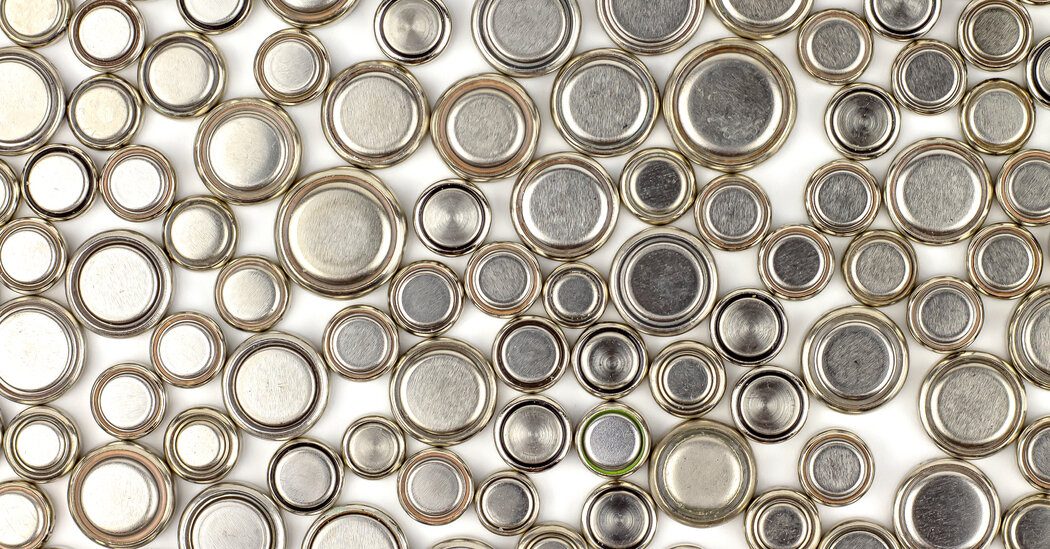 But the batteries, which are small, round and shiny, can pose a significant health threat to young children who swallow them or put them in their nose or ears.

And a report published Monday in the journal Pediatrics suggests that the problem is growing in the United States. There were more than twice the number of pediatric battery-related visits to the emergency department from 2010 to 2019 compared with 1990 to 2009 — a majority in children under 5.

From 2010 to 2019, there was an average of one battery-related pediatric visit to the emergency department every 1.25 hours, up from one every 2.66 hours in the previous decade, according to data from the National Electronic Injury Surveillance System.

“Parents may not realize that certain products in their home are powered by button batteries and are often unaware of the ingestion risk batteries pose,” said Mark Chandler, the study’s lead author and a senior research associate at Safe Kids Worldwide, a nonprofit that works to combat childhood injury.

Swallowing a button battery is dangerous because the battery generates an electric current when it comes into contact with bodily fluids like saliva that can burn through a child’s body tissue and lead to life-threatening complications or even death. The data in the new study did not provide detailed information on patient outcomes, but 12 percent of the children who were taken to the emergency department required hospitalization, most because of ingestion.

“The most common button batteries used in readily available household devices are about the size of a quarter, which is a perfect size to get stuck in the esophagus,” said Dr. David Brumbaugh, an associate professor of pediatrics with the University of Colorado School of Medicine who did not work on the new study.

“Serious damage to tissue can occur in a matter of hours,” Dr. Brumbaugh added. “So for pediatric gastroenterologists, otolaryngologists, pediatric surgeons and anesthesiologists — the teams that get these batteries out of the esophagus — these ingestions are really scary. You are in an emergency situation to get the battery out, and super worried about the damage being done.”

In August, President Biden signed into law a bill that strengthens safety standards for products with button batteries, requiring that they carry a warning label to keep the batteries out of children’s reach and ensuring they have child-resistant battery compartments. Known as Reese’s Law, it was named in honor of Reese Hamsmith, an 18-month-old child who died in December 2020 after she swallowed a button battery from a remote control.

Dr. Ian Jacobs, medical director of the Center for Pediatric Airway Disorders in the Division of Otolaryngology at Children’s Hospital of Philadelphia, said he believed the new law would help reduce the number of battery-related injuries and emergency department visits.

“I think we’ll start to see the curve bend a little bit, but it will take time,” said Dr. Jacobs, who is co-chair of a button battery task force created by the American Broncho-Esophagological Association and American Academy of Pediatrics. He noted, however, that manufacturers have a year to comply with the new regulations. Even after that point, families are likely to still have older electronic devices lying around.

Dr. Jacobs encouraged parents to go through their homes and check which electronic devices contain button batteries so they can keep them out of children’s reach. Parents must be vigilant, he said. The toy industry has already embraced voluntary standards requiring locking mechanisms on battery compartments, so other household devices may pose a more serious threat.

“The big worry now is consumer electronic devices, like remote controls,” echoed Dr. Brumbaugh. “Toddlers throw them against walls, or the floor, and the compartments pop open.”

Parents should keep all batteries locked and out of sight of young children, Mr. Chandler said. (Larger alkaline batteries are also dangerous if swallowed, though that is less likely because of their size.) Even batteries that can no longer power a device can still cause significant internal injury, so parents should wrap them in tape and promptly recycle them or put them outside in a garbage can, according to the American Academy of Pediatrics.

If parents believe their child has swallowed a battery, or put it in their nose or ears, they should call poison control and head to the emergency department immediately.

Symptoms can look very similar to other common infections, which can make diagnosis difficult if a parent is unaware their child found a battery. A child who puts a button battery in their ear, for example, may have drainage or pain — not unlike an ear infection. Signs a child may have swallowed a battery include, but are not limited to: coughing, refusing to eat or drink, vomiting or noisy breathing.

The American Academy of Pediatrics recommends that if a family has honey at home, they give two teaspoons every 10 minutes to any child older than 1 year who has swallowed a button battery within the past 12 hours, because it can help protect the tissue and slow the development of the injury. (Honey should not be given to babies under 1 year as it can cause infant botulism.) But parents should not put off going to the hospital in order to first get honey.

“If you suspect your child has swallowed a battery accidentally, get them to help right away,” Dr. Jacobs urged. “I mean, don’t even hesitate.”