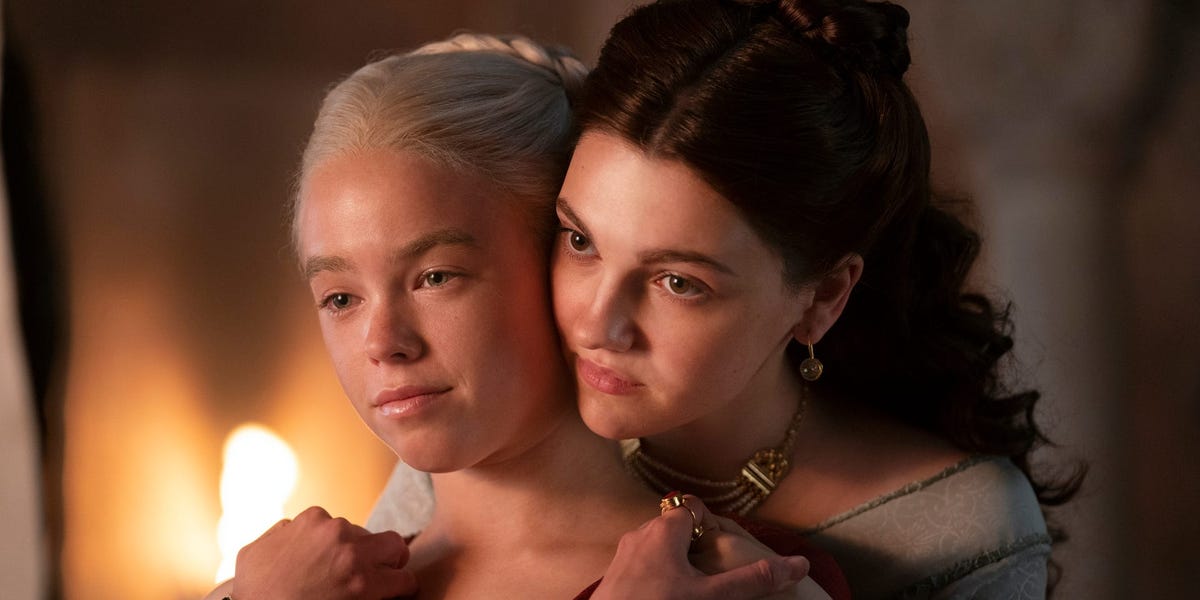 Milly Alcock and Emily Carey — who starred as Princess Rhaenyra Targaryen and Queen Alicent Hightower in the first half of HBO’s “House of the Dragon” — said it felt like they were “about to kiss” after filming a scene in episode four.

In the scene, the pair, who were once best friends, reconnect while sitting on a bench after a series of obstacles push them away from each other.

“I remember in rehearsal at the end of the scene, we were like, ‘Did you feel like we were about to kiss?'” Carey told  New York Times in a joint interview with Alcock.

“Yeah, dude, it felt like we were going to kiss,” Carey continued. “That was really strange.”

Rumors have swirled about Rhaenyra and Alicent having a romantic relationship on the show. Alicent ultimately marries Rhaenyra’s father, King Viserys Targaryen.

When asked whether there was sexual tension between the female characters, Carey said there was an “undertone” in the script that “could be played,” but that it wasn’t necessarily intentional.

She added that their relationship is “just a closeness between two young women that cannot be verbalized, especially in the world they live in.”

Alcock and Carey have now finished their run acting on the show after episode five aired Sunday night. Next Sunday, a time jump in the plot replaces Alcock and Carey with actors Emma D’Arcy and Olivia Cooke, respectively.