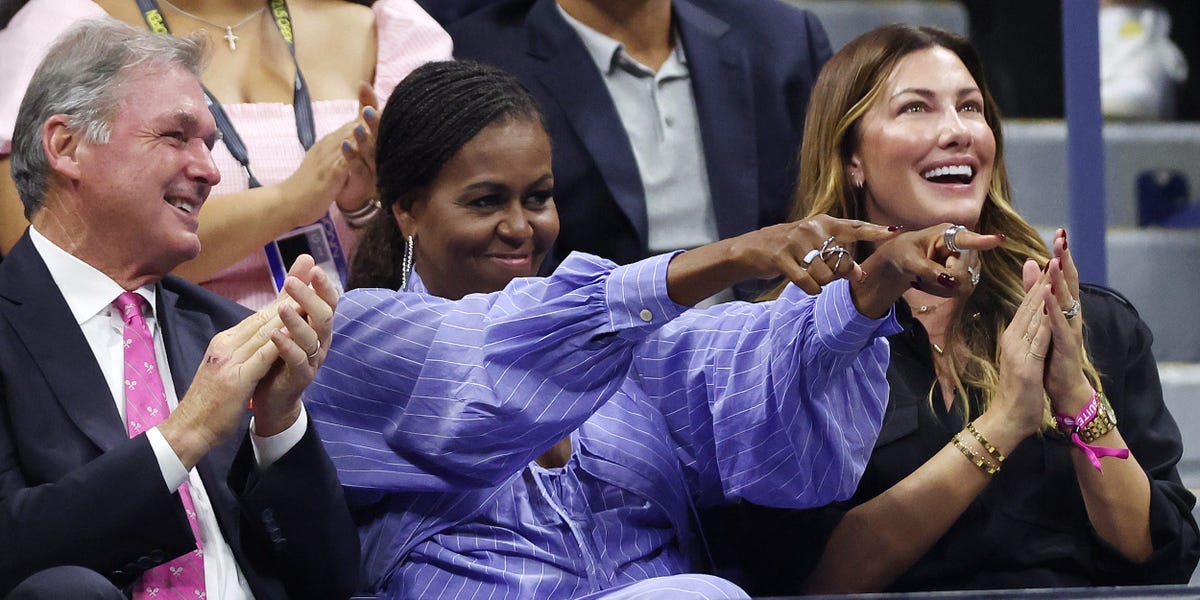 It’s only fitting, then, that he’d receive support from American royalty.

Michelle Obama was in the house for Tiafoe’s highly-anticipated US Open semifinal match against world No. 3 Carlos Alcaraz Friday night. She sat courtside at New York City’s Arthur Ashe Stadium to cheer on the 24-year-old Maryland native from up close.

Joined by USTA Board of Directors President Michael J. McNulty III and model-turned-philanthropist Jill McCormick, the former first lady made her rooting interest fairly obvious throughout the primetime match. She rose to her feet when Tiafoe won the tiebreak to secure the opening set and was seen chanting “TI-AH-FOE” early in the match.

She and Tiafoe even shared a glance and gave each other thumbs-up at one point during the contest:

Having reached this year’s US Open semifinal, Tiafoe is already the first American man to advance this far in the US Open since Andy Roddick reached the tournament’s final in 2006.

Should Tiafoe show out in front of Obama and survive Friday night’s marquee matchup against Alcaraz, he’ll have a chance to become the first man from the states to win his home grand slam in nearly two decades. He’d be the first Black man to do it since 1968.

Share
Facebook
Twitter
Pinterest
WhatsApp
Previous articlePixar’s Looking To Pluck Heartstrings Again With Inside Out 2
Next articleQueen Elizabeth owned more than 100 horses at the time of her death. Take a look at her lifelong passion for thoroughbreds.