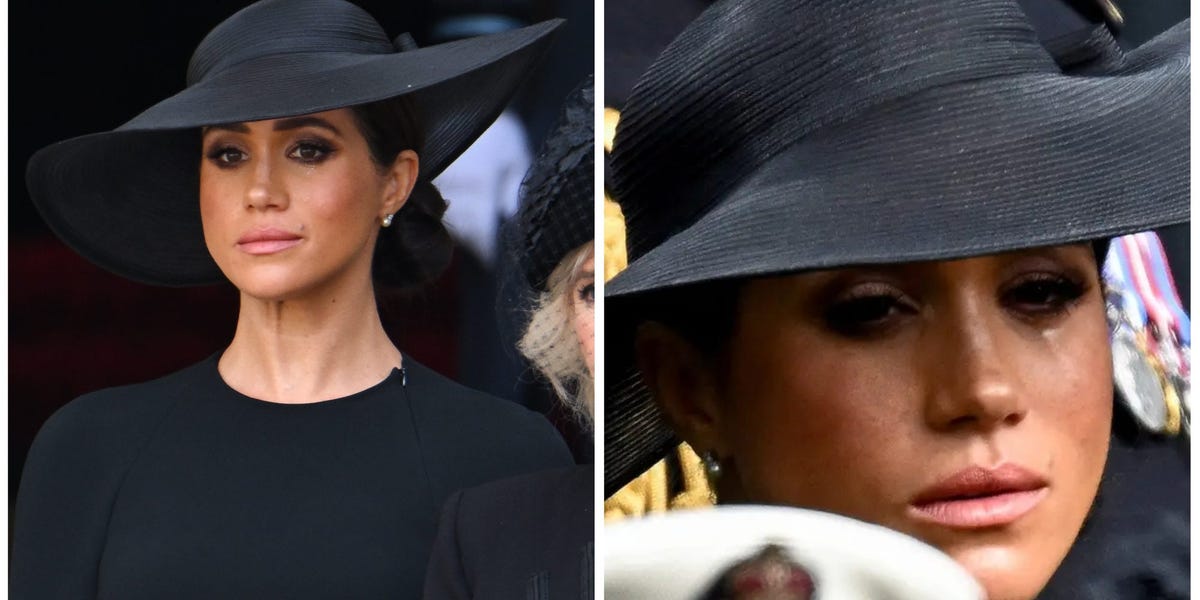 The world bid farewell to Queen Elizabeth II at her funeral at Westminster Abbey on Monday.

Members of the royal family, including the Princess of Wales and Princess Charlotte, found subtle ways to honor the late monarch with their funeral outfits and accessories.

Meghan, Duchess of Sussex, paid tribute to the Queen by wearing a pair of pearl and diamond drop earrings that were gifted to her by the monarch, Page Six reports.

The publication reports the earrings were a gift to mark the Queen and Meghan’s first solo joint outing together in Cheshire, UK, in 2018. They were taken from Her Majesty’s personal collection, the outlet added.

Meghan paired the earrings with a sleek updo and wore a black cape dress and a structured wide-brimmed hat to the funeral ceremony at Westminster Abbey. Photographs appear to show the duchess getting emotional at the service, which was attended by approximately 2,000 guests.

Foreign royal families, heads of state, overseas government representatives, and almost 200 people who were recognized in The Queen’s birthday honors earlier this year were in attendance, a Buckingham Palace press release states.

It marked the second time this week that Meghan has worn the earrings. She previously wore them to a service honoring the monarch on Wednesday, as her coffin was transferred from Buckingham Palace to Westminster Hall.

Representatives for the Duchess of Sussex did not immediately respond to Insider’s request for comment.