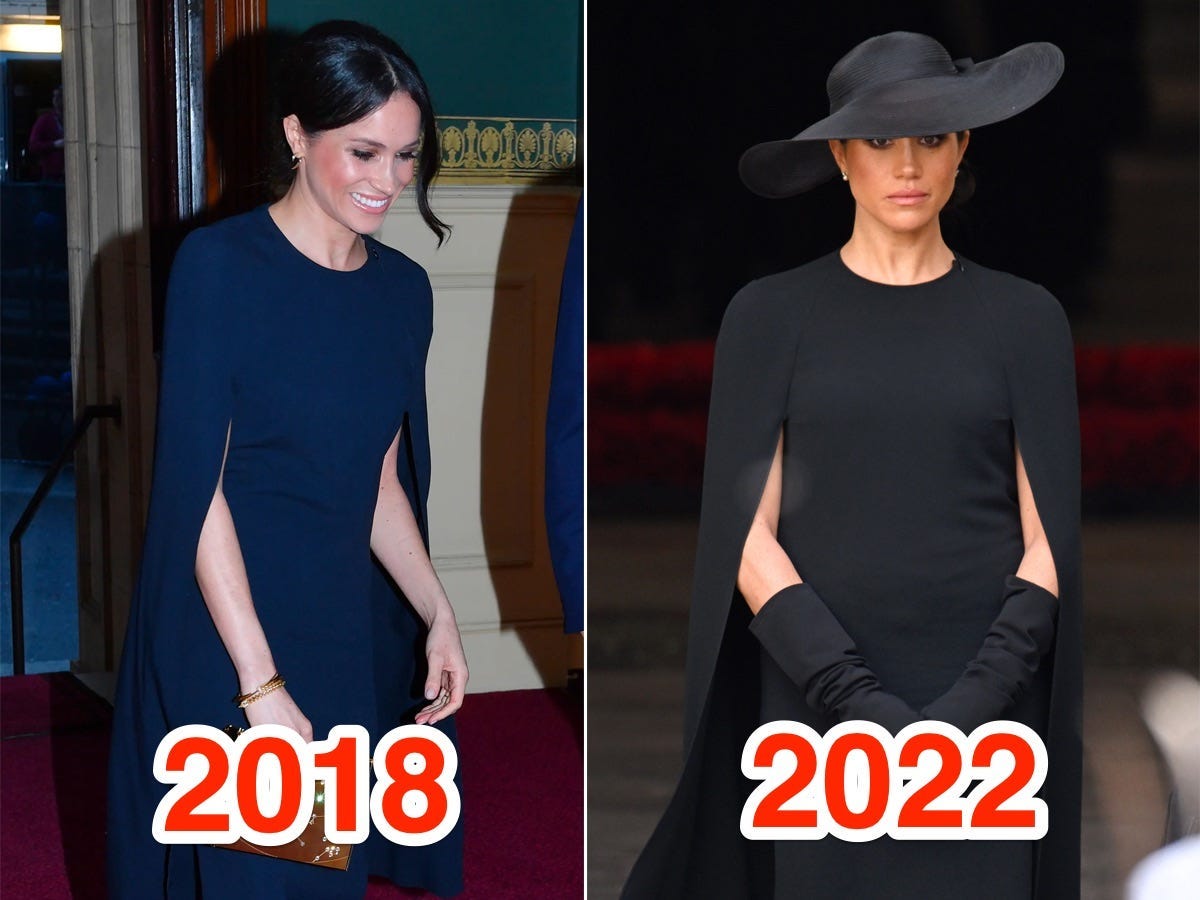 Meghan Markle paid tribute to Queen Elizabeth with the dress she chose for the late monarch's funeral.

Queen Elizabeth's state funeral was held on Monday, September 19, 11 days after Her Majesty's death. Meghan Markle and Prince Harry were among the 2,000 people who attended the event.

Harry walked behind the Queen's casket alongside his brother and father, King Charles III, while Meghan rode with Sophie, Countess of Wessex, to the funeral at Westminster Abbey.

She paired the look with black pantyhose, black gloves, and a wide-brimmed black hat.

Meghan's elegant ensemble may have looked familiar to some royal fans, as the Duchess of Sussex wore the same dress in navy a few years ago.

She wore the blue version of the dress to the Queen's 92nd birthday party at Royal Albert Hall, where Shawn Mendes and Sting performed.

Meghan styled the look similarly in 2018, as she wore blue shoes to keep the ensemble monochromatic and kept her hair in an updo.

Meghan also nodded to the Queen with the earrings she accessorized her funeral outfit with.

The duchess wore diamond and pearl earrings that Queen Elizabeth gave to her after she and Prince Harry announced their engagement in 2018, as a spokesperson for Duke and Duchess of Sussex confirmed to Insider.

Meghan was photographed crying at the funeral, where she was publicly seen with Prince George and Princess Charlotte for the first time since her and Prince Harry's step back from the royal family.

Read the original article on Insider
Share
Facebook
Twitter
Pinterest
WhatsApp
Previous articleRemoving moss from crevices of a roof
Next articleThe 13 best haircare brands and which products to use, according to professional hairstylists and trichologists