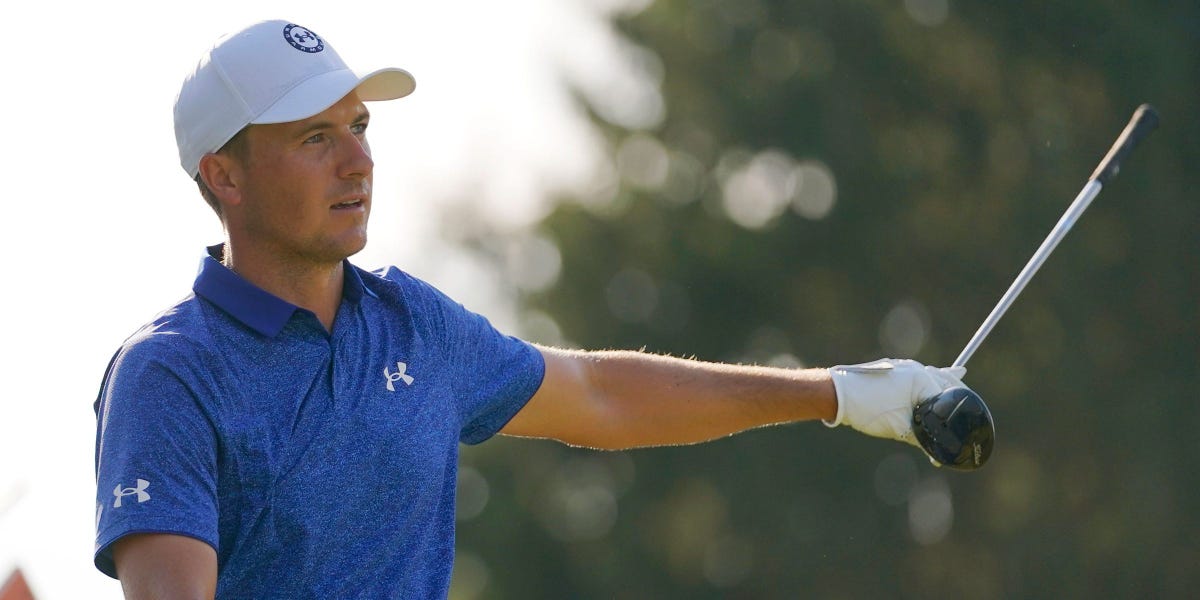 WILMINGTON, Delaware — Caddie Michael Greller has one of the hardest jobs in all of sports.

Carrying the bag of Jordan Spieth is no easy task, but talking the great golfer out of attempting ridiculous shots is an even tougher one.

Over the years, debates between Spieth and Greller about a specific shot have taken on the tone of a bickering couple, with an enduring sense of love underlying extreme momentary frustration.

This dynamic was once again on display on Saturday during the third round of the BMW Championship.

Heading into the par-4 No. 5 at the Wilmington Country Club, Spieth had a share of the lead, but a wayward drive left his ball in a fairway bunker.

With water defending the green, Spieth was faced with a choice — bail out and play safe, or go for broke out of the bunker.

“I mean, this is the same as where I was in yesterday,” Spieth told Greller from the sand. “So if I strike it well, if it’s up, it’s on the green.”

“Yeah, I know,” Greller replied. “What’s wrong with hitting right here, having a wedge to 15 feet?”

Greller tried and tried to convince his player to take a different course of action.

“I just feel it’s a cool Tuesday, Wednesday shot,” Greller told Spieth. If this was just a practice round, by all means, but Greller was pleading all he could that it not be attempted mid-tournament.

“I actually think I can do it,” he said. “And I think that the downside is almost the same. This one’s on me.”

You can guess what happened next.

Spieth set up his shot, took his swing, and immediately realized the error he had made.

The ball fell with a plunk into the middle of the water, and Spieth went on to double-bogey the hole.

It’s far from the first time Spieth and Greller’s debates have been broadcast to the world, and to Spieth’s credit, his decision to trust his gut has paid off brilliantly for him in the past.

On Saturday, it was his caddie who had made the right call.

Spieth went on to finish the tournament tied for 19th and sits in 18th place in the FedExCup Playoff standings.