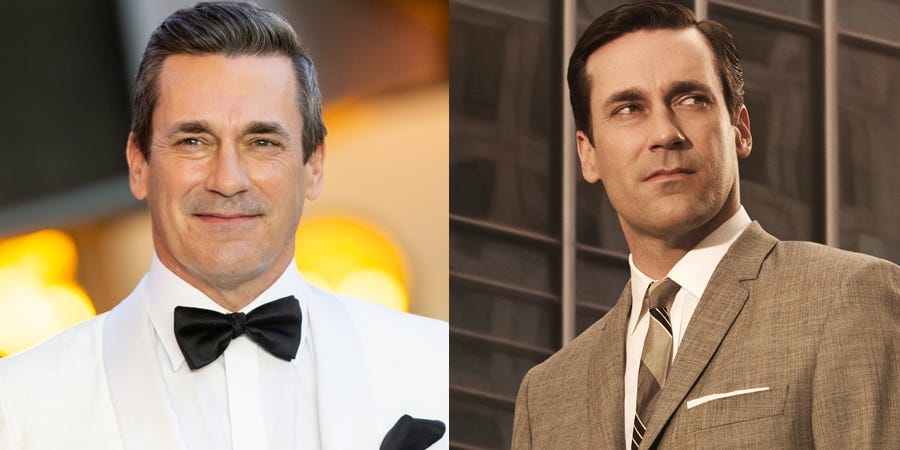 Jon Hamm admits he’s willing to hear out ideas for a movie version of “Mad Men,” but there’s a long road to make it a reality.

“I will never say never, but that’s an awful lot of moving parts that have to sync up,” Hamm told Insider while doing press for his upcoming movie, “Confess, Fletch,” an adaptation of the 1976 novel of the same name.

Hamm starred as Don Draper in the AMC series that spanned seven seasons and earned the actor instant stardom and an Emmy win. The show, which looked at the lives of people working at an ad agency in the 1960s, ended in 2015 and made fellow castmates Elisabeth Moss, John Slattery, Christina Hendricks, and January Jones into big-ticket actors as well.

Reassembling the all-star cast may be what Hamm meant by things having to “sync up.” It’s hard to imagine Hamm would sign onto the big-screen version without some or all of his major costars returning as well.

“I mean, there’s a lot of moving parts that have to come into alignment even before the money and the script could be given to me,” he said. “That’s a very complicated Tetris puzzle that I am glad I do not have to align.”

Since walking away from playing Draper, Hamm, 51, has forged an impressive filmography starring in movies like “Baby Driver,” “Richard Jewell,” and most recently “Top Gun: Maverick.”

Along with “Confess, Fletch,” he will soon be seen in the upcoming season of the Apple TV+ series “The Morning Show.”

Share
Facebook
Twitter
Pinterest
WhatsApp
Previous articleStay secure and connected with the best VPNs for working from home
Next articleThe most popular Netflix movies of all time, including ‘Red Notice’ and ‘The Gray Man’