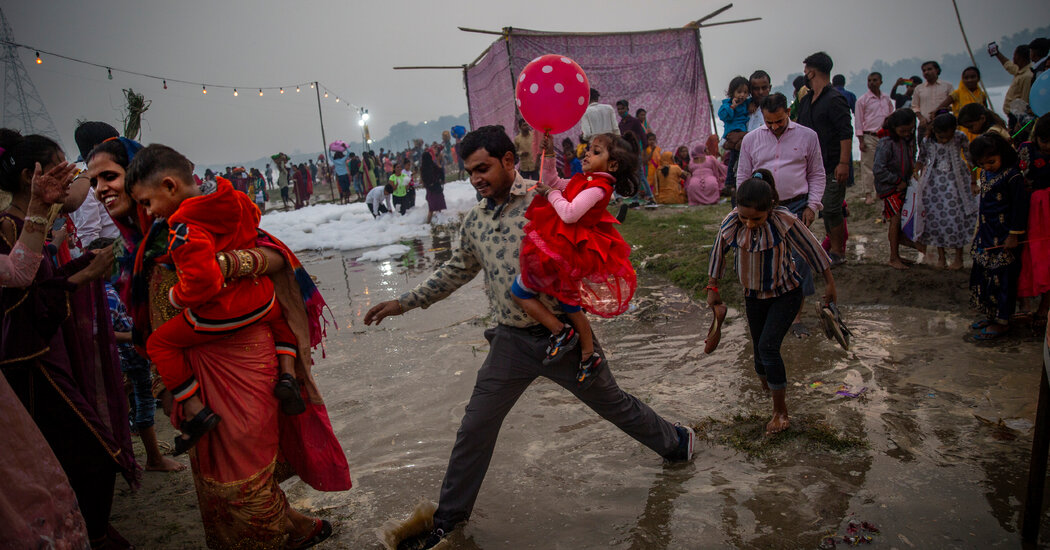 NEW DELHI — India’s Supreme Court has ruled that family benefits under the law must be extended to blended families, same-sex couples and other households the court considers “atypical,” widening its definition of family. It is the latest in a series of court decisions to challenge the country’s conservative mores, and it could have major implications for the rights of women and gay people.

The court ruled in favor of Deepika Singh, a nurse whose employer, a government medical institute in northern India, had denied her application for maternity leave after she gave birth because she had already taken leave to care for her husband’s children from a previous marriage.

“The concept of a ‘family’ both in the law and in society is that it consists of a single, unchanging unit with a mother and a father (who remain constant over time) and their children,” the two-judge bench said in the decision, which was made earlier this month and published this week.

“This assumption ignores,” said D.Y. Chandrachud, the justice who wrote the order, “the fact that many families do not conform to this expectation.”

The justice wrote that “family” could be defined by various configurations of adults occupying the roles of primary caretakers with both biological and nonbiological children.

“These manifestations of love and of families may not be typical, but they are as real as their traditional counterparts,” he wrote. “Such atypical manifestations of the family unit are equally deserving not only of protection under law, but also of the benefits available under social welfare legislation.”

Akshay Verma, a lawyer who argued Ms. Singh’s case, said the order had greatly “opened the scope” of parental benefits.

The Supreme Court’s judgment is final, but its enforcement abilities are limited, leaving open the question of how much immediate practical effect this order may have, particularly in more conservative parts of India. Moreover, many family matters are decided out of court.

Nonetheless, the ruling was hailed as a milestone in the march toward equality for women and India’s L.G.B.T.Q. community in a country where family issues — including custody of children — often pit unmarried parents against extended families in lengthy legal battles in family court.

For example, while Indian law stipulates that in most cases, custody of young children should be given to mothers, families have — and often exercise — the right to argue that the child is better off with the father, in the context of a traditional Indian joint family, in which several generations live under one roof.

In other cases, family courts have awarded custody to grandparents or other relatives because a child’s mother works outside the home.

“We welcome this ruling because it moves from the heterosexual ideas of the family and home that have been the bedrock of patriarchy for so long, especially for poor people,” said Anuradha Banerji, an activist with Saheli, a women’s rights organization. “This will help people not succumb to marriage because marriage was the only legally understood definition of family. So this is, I think, a very welcome change in the definition of the family.”

Some women’s rights lawyers in India have criticized family courts as being overly focused on preserving the institutions of marriage and traditional nuclear families, rather than negotiating individual rights.

Yet in the past decade, the Supreme Court has steadily chipped away at more conservative views of gender and sexuality, women in the workplace and now, family.

That court, the ultimate legal authority in India, consists of a chief justice and dozens of judges who form benches to consider constitutional matters. Appointed by India’s president, they are subject to the country’s mandatory retirement age of 65. In recent years, the court has increasingly pushed back against India’s societal norms on gender and sexuality, in an apparent nod to the fact that many Indians themselves are rejecting those norms.

In a landmark ruling in 2014, the court recognized transgender people as a third gender deserving equal access to legal protections and social welfare benefits.

The Supreme Court decriminalized homosexuality in 2018, overturning one of the world’s oldest bans on consensual gay sex.

In September, the court opened the door for women to pursue military careers at the highest levels, and in May, it ordered the police to respect the right for women to engage in prostitution.

Since the groundbreaking ruling on homosexuality, activists have been petitioning courts to legalize gay marriage, and to extend the benefits of marriage to same-sex domestic partnerships, as well as to allow same-sex couples to foster and adopt children.

That effort has bumped up against a complex approach to accommodating India’s religious diversity.

In India, marriage is governed by a set of religious, personal laws, which date to the colonial era and vary among faiths, and by a secular law called the Special Marriage Act. Both define marriage as a union of a man and a woman.

Legalizing same-sex marriage would require an overhaul of India’s legal system, the government of India has said.

In a Delhi High Court case last year, the government staunchly opposed such a change, arguing that it would cause “complete havoc with the delicate balance of personal laws in the country.”

Unlike the 2018 ruling, public reaction to this month’s judgment expanding the definition of family was subdued, although its implications could be as far-reaching, experts said.

The judgment does not specifically address parents who have children by surrogacy, adoption or assisted reproductive technologies. Similar cases may need to be decided to clarify the extent of rights of nontraditional families in a country where social realities are changing far faster than the law, said Ranjana Kumari, the director of the Center for Social Research in New Delhi.

“Science is changing, technology is changing. People’s relationships are changing,” Ms. Kumari said. “The whole society is undergoing social transformations. In the context of family, it needs to be recognized.”