I’m polyamorous, and I’m also Christian. Both parts of my identity are important to me. 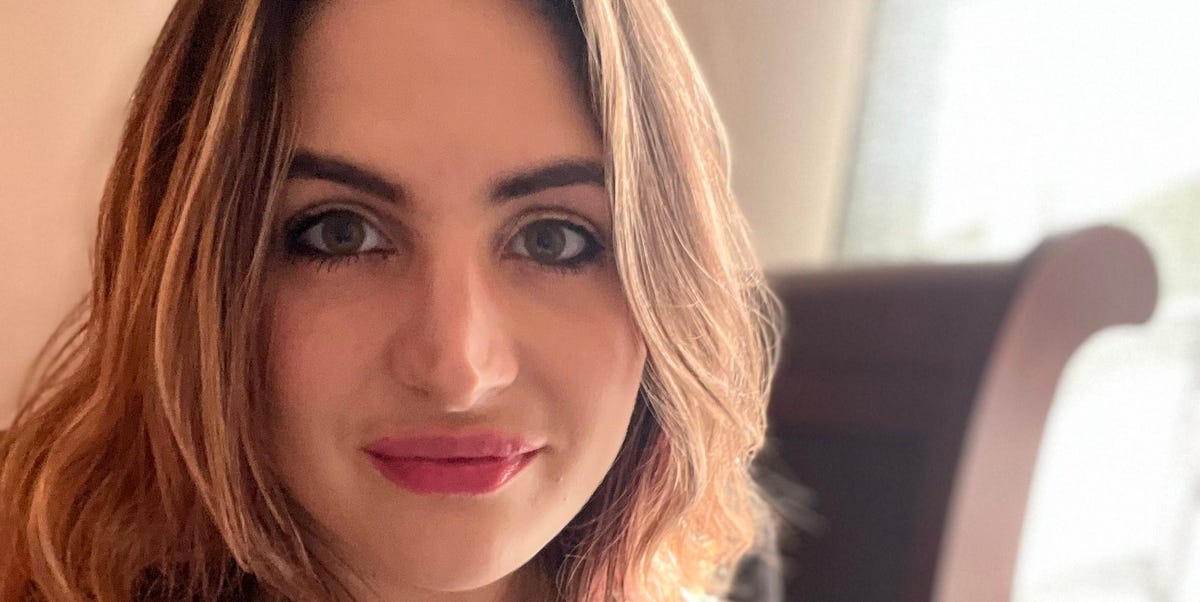 When I grew up, I was raised in a strict Pentecostal, conservative household where the only acceptable form of relationship was marriage between one man and one woman. Even divorce was considered fairly taboo; homosexuality and sex before marriage were definitely off the table.

I had certainly never heard about polyamory. I was aware of polygamy in the Bible and in Fundamentalist Latter-Day Saints churches, but that was an outlier, a relationship structure for people of a different time period. Having multiple partners wasn’t something for people today.

As I got older, I heard jokes about “swingers” in the media — but only jokes. They were punchlines, and ones that seemed extreme to me at the time. Despite that, I would often develop crushes in middle school and high school, and I’d often have them on multiple people at the same time; and not just on boys, either.

When I met my husband, Daniel, I thought I could finally put all of that to rest. We met when we were both 18 and got married when we were 20. Getting hitched at a young age wasn’t unusual in our evangelical community. We had two children by the time I was 25. However, by this time, I was starting to fall away from the theology and politics of my childhood. I found myself agreeing with more and more progressive ideologies every day and felt out of place at church and with my conservative friends and family.

We moved from Cleveland, Tennessee to Richmond, Virginia for a fresh start and I started going to a United Church of Christ. The denomination changed my life: They’re known for their progressive policies. They were the first to allow LGBTQ clergy to be ordained and the first to marry LGBTQ couples in general. It felt like home to me, like this was the type of Christianity I had always longed for.

At the same time I was going to a new denomination, I was discovering things about myself, including the fact that my ability to develop attraction to multiple people simultaneously had stuck around into adulthood. After a lot of discussion, research, and therapy, my husband and I opened our relationship, and now we live in a home with my partners and our two kids. I’m happily and openly bisexual and polyamorous, and I couldn’t imagine my life any other way.

Though many people don’t understand it, my Christian faith doesn’t conflict with my polyamory. I’m not a Biblical literalist, for one thing; I take a historical approach to the Bible. There is nothing about the concept of a “Biblical marriage” that appeals to me — one where I as a woman would be sold by my father to the highest bidder, then forced to serve him for the rest of my life. No, thank you. Even when people bring up Biblical polygamy to me as an example of scriptural nonmonogamy, I’m careful to point out that it’s very still patriarchal and has no benefit for people in modern relationships.

Well-meaning people ask why I’m still a Christian when I could be agnostic, or atheist, or something else. My answer is that I still believe in God and the teachings of Jesus Christ. I go to church every week, I pray, I read the Bible, and I still believe in Christlike values, like caring for the poor or fighting oppression.

In fact, I think my faith is stronger and more radical than ever. I really like Christianity, even with its many, many flaws, and I identify strongly with it. I’m happy to be able to raise my children with a form of Christianity that isn’t about who’s going to hell — which I don’t believe in — and teaches love as the most important commandment.

But obviously, many other Christians don’t agree that you can be gay and a Christian, much less that you can be polyamorous and a Christian. People tell me I’m “not a real Christian” all the time. Even other people in so-called progressive denominations have told me that they don’t agree with any form of nonmonogamy, and that they would only be willing to accept monogamous same-sex couples despite the fact that there’s a lot of overlap within queer and nonmonogamous communities. To date, the United Church of Christ is the only Christian denomination that has formally accepted openly nonmonogamous clergy and laity, though each church’s policies vary by congregation.

I’ve also faced some discrimination from other polyamorous people who have told me that my Christian faith is inherently harmful. I understand anger toward Christianity — I have a lot of it myself.

However, it doesn’t matter to me, because both my faith and my polyamory are important to me, and always will be. I think the key to good sex and relationships is all things being safe, consensual, enjoyable, and emotionally healthy for everyone involved. My Christian faith and my polyamorous identity might seem at odds, but for me, they never have been and never will be.