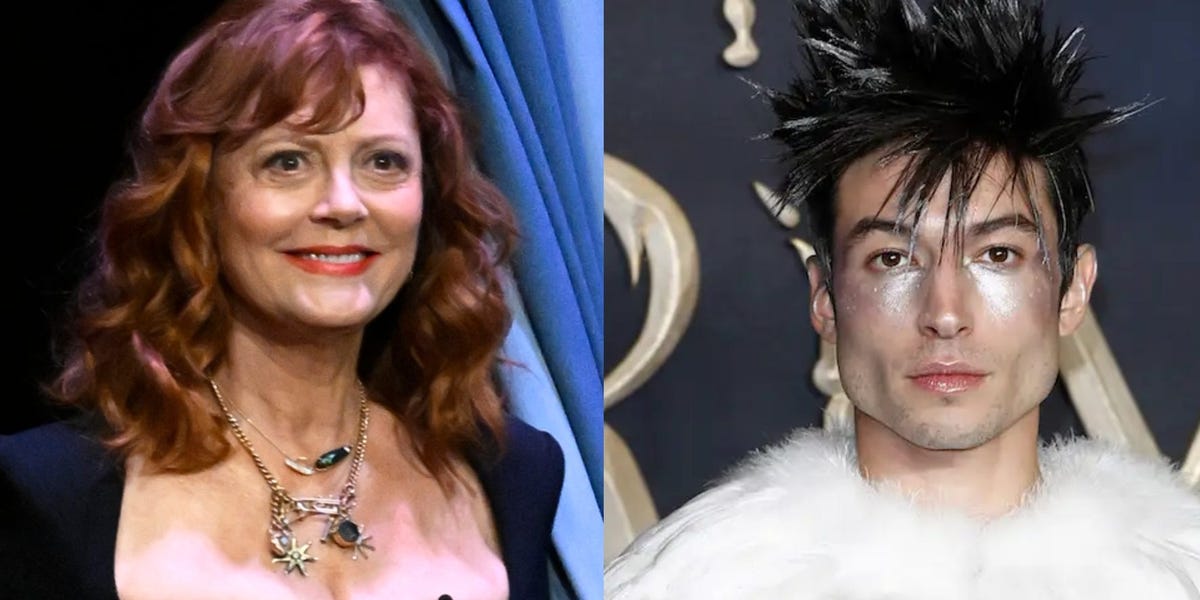 “The Flash” star Ezra Miller recently “freaked out” and demanded that Susan Sarandon come to their home to “pay tribute” at their so-called altar because she didn’t invite them to a dinner party, Vanity Fair recently reported.

People who visited Miller’s Vermont home told the outlet the actor has an altar full of “bullets, weed, sage, and Flash figurines.”

“A lot of times he makes the women put their cell phones on the altar when they come in, and other offerings,” the source, who Vanity Fair describes as a friend of Miller’s, told the outlet. “Ezra freaked out recently…demanding that Susan Sarandon come pay tribute to his altar because she didn’t invite Ezra to a dinner party.”

Miller, who uses they/them pronouns, was at times misgendered by the sources in Vanity Fair who told the outlet the actor doesn’t insist on those pronouns in private.

A representative for Miller told Vanity Fair that the “Perks of Being A Wallflower” star is “dear friends” with Sarandon. The representative added that Miller “would probably call this [anecdote] total bullshit if asked,” per the site.

Representatives for Miller and Sarandon didn’t respond to Insider’s request for comment on the story.

According to several reports, Miller has been exhibiting worrying behavior for about three years.

In April 2020, a video of the actor appearing to choke a woman in Iceland went viral online. Miller’s representative told Vanity Fair they had “a spontaneous reaction” after being provoked by “a group of teens.” The representative said that they were not choking the woman but “went at her collarbone.”

Miller also got into legal trouble in Hawai’i in March and April of 2022. In August, they were arrested on felony burglary charges in Vermont after police alleged they took “several bottles of alcohol” from an unoccupied residence.

The actor’s representative told Vanity Fair they were “cooking with their mother, needed rice wine, and grabbed that and another bottle of wine from the home of a close childhood friend. The rep says Miller did not realize that the friend didn’t want to be friends anymore,” according to the site’s report.

“I want to apologize to everyone that I have alarmed and upset with my past behavior,” added Miller, per the outlet. “I am committed to doing the necessary work to get back to a healthy, safe, and productive stage in my life,” the statement read in part.

Sources told Variety that Miller decided to seek help when they learned that their role as The Flash in DC’s cinematic universe was in jeopardy.

In August, Miller and their agent Scott Metzger met with Warner Bros. film chairs Michael De Luca and Pamela Abdy to talk about how Miller could “stay on course for ‘The Flash’s’ June 23, 2023, release date” and “reaffirm their commitment to the movie as well as apologize for bringing negative attention to the production and the company,” according to The Hollywood Reporter.