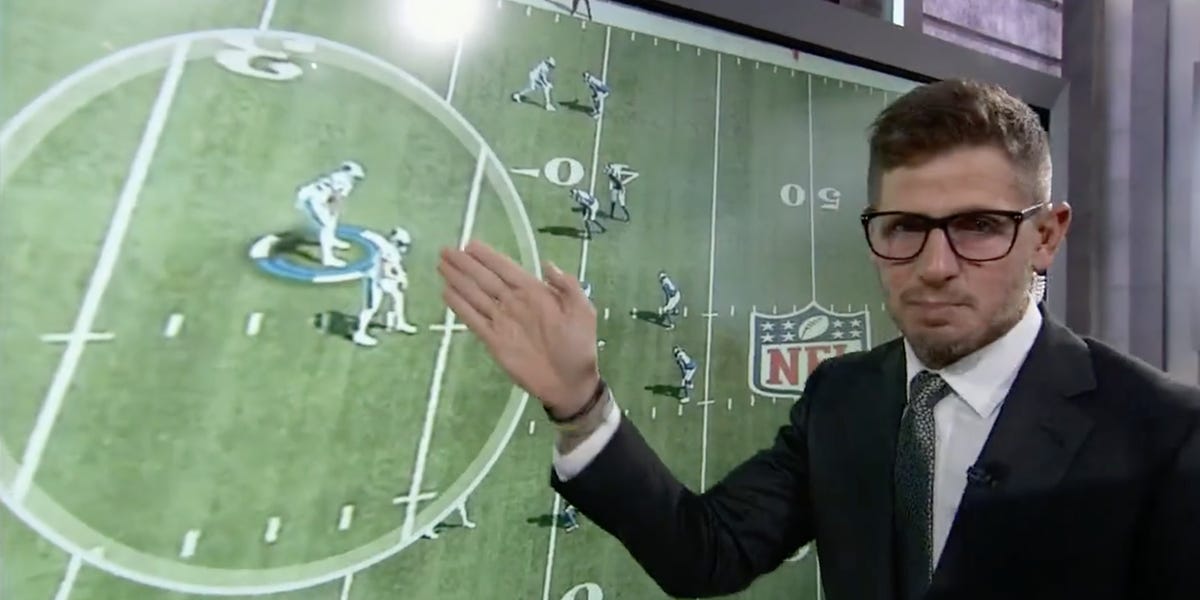 Okay, actually, Orlovsky is also pretty mad at them.

Breaking down a bit of film on ESPN’s “NFL Live” on Thursday, the former quarterback-turned-commentator accused Matt Rhule and his Panthers staff of “coaching malpractice” after he quickly identified a tell in the Carolina offense.

“This is my favorite tape of the year so far,” Orlovsky said. “Straight up, this is unacceptable. Candidly, it’s coaching malpractice. And any Panthers fan from home, you literally need to go send this to the Panthers organization.”

In the tape, Orlovsky explains that the Panthers were telegraphing plays on Sunday based on where running back Christian McCaffrey was positioned in the backfield on shotgun snaps.

“These are not cherry-picked clips,” Orlovsky stressed, as he showed the same scenario play out in the Panthers backfield again and again.

“Right now, the Carolina Panthers are giving away the play — run or pass — to defenses,” Orlovsky said.

On Friday, Rhule responded to Orlovsky’s criticism after being asked about it after practice.

“Yeah, I saw Dan’s thing,” Rhule said. “I’ve been around long enough. I’ve seen enough coaches get out there and say, ‘Every time they do this, they’re going to do this.’ And then it’s wrong. I disagree with it.

“For us, when we put Christian at depth, we are kinda getting into a run set. From that — we either run it, we zone read it, we RPO it, we run it to the left, we run it to the same side run. Our biggest pass play was from that backfield set, that we play-action off of it. So if you tell me that we line up in a formation, and we run it, we throw and we play-action from there, it’s pretty balanced.”

Indeed, several people following the drama posted videos of plays where McCaffrey was lined up offset from Mayfield, but the Panthers were still passing the ball.

While I have yet to go back through and mark every play from this game, chances are that both Rhule and Orlovsky have a point.

Yes, the Panthers ran some plays that went against their tendency of passing when McCaffrey was hip-to-hip and running when he was lined up behind Mayfield. Still, Orlovsky noticed a trend, and an NFL team doesn’t have to follow a trend 100% of the time for the defense to gain an advantage based on a tendency.

With Carolina winless and hosting the Saints this week, there will be a good opportunity to check back in with the Panthers offense next week. Maybe Orlovsky’s trend holds true, and the Saints know what is coming, but it’s also possible Rhule takes a shot at flipping a long con and switches things up entirely.