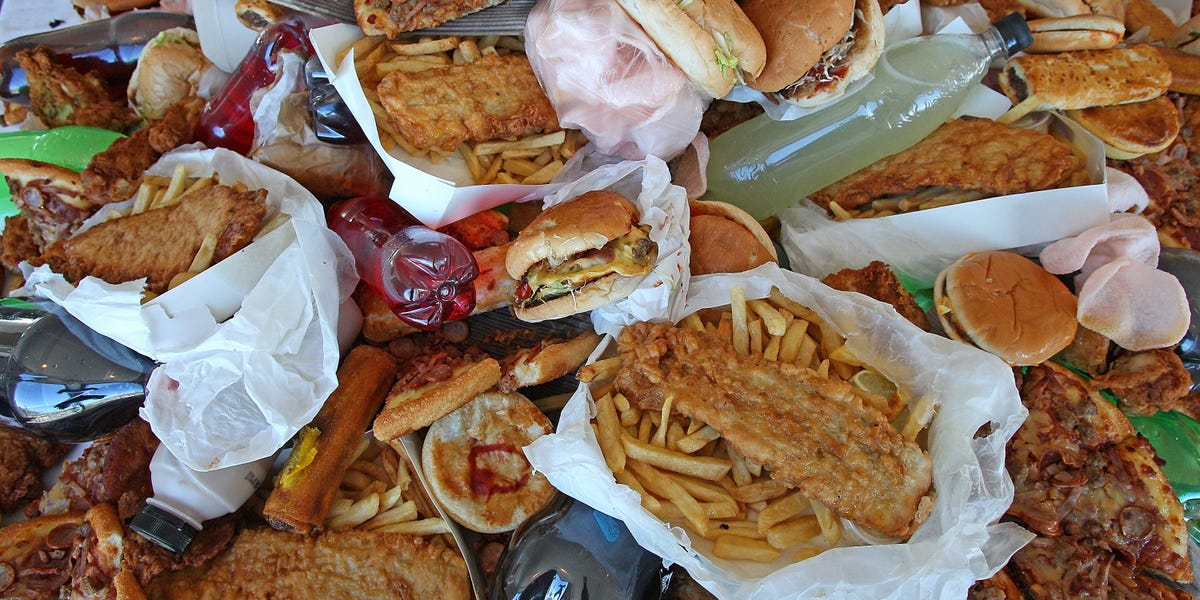 Hundreds of studies have linked processed foods to health risks including cancer, obesity, and early death.

The latest evidence against ultra-processed foods — a category that includes hot dogs, potato chips, and frozen pizza — shows that consuming too many unhealthy snacks increases the risk of colon and rectal cancer for men, as well as premature death due to heart disease for both men and women.

Two separate research teams analyzed the eating habits of adults in the US and Italy. The US study, published in the British Medical Journal on August 31, specifically examined the relationship between ultra-processed foods and colorectal cancer.

Eating ultra-processed meats like cold cuts and beef jerky has long been linked to bowel cancers, according to the American Cancer Society. The recent study showed that, for men, eating other ultra-processed foods can contribute to that risk.

The Italian team not only tracked processed food intake, but also monitored consumption of “nutrient-poor foods” by more than 22,000 people over five years. Their findings, also published in the BMJ, demonstrate that ultra-processed foods were “paramount to define the risk of mortality,” lead researcher Marialaura Bonaccio told CNN.

Processed foods include everything from fruit juice to store-bought bread, which are full of added sugar, salt, and preservatives to extend their shelf life. These foods might be considered unhealthy because of their high sugar or trans fats contents, but ultra-processed foods have reached another level of poor nutrition.

Ultra-processed foods contain more additives and “food substances” than whole, naturally-occurring ingredients — making them more processed than food, according to a 2019 commentary in the journal Public Health Nutrition.

Eating lots of ultra-processed foods has not only been linked to a risk of early death, but also to worse mental health, including greater odds of developing anxiety or depression, according to a study published in Nutrients this July.

The Italian study found that people who ate ultra-processed foods, as well as those whose diets were classified as “nutrient-poor,” had a greater risk of early death and chronic disease. This was especially true for cardiovascular disease, echoing past studies linking ultra-processed foods to heart disease risk.

In the breakdown of processed and non-nutritious foods, there was a massive overlap: more than 80% of the foods classified as “nutrient-poor” were also ultra-processed.

This would suggest that there is something added to these foods that affects health outcomes. Scientists have not yet determined whether specific food groups within the ultra-processed category — such as lunch meats or soft drinks — are associated with different levels of risk.

The US study found that men who scored in the top fifth of ultra-processed food consumption had a 29% higher risk of developing colorectal cancer compared to those with the lowest processed food intake. However, the authors noticed, men might be more likely to consume processed meats, which could in turn reveal a more specific association.