Dem strongholds beg the White House for help with migrants 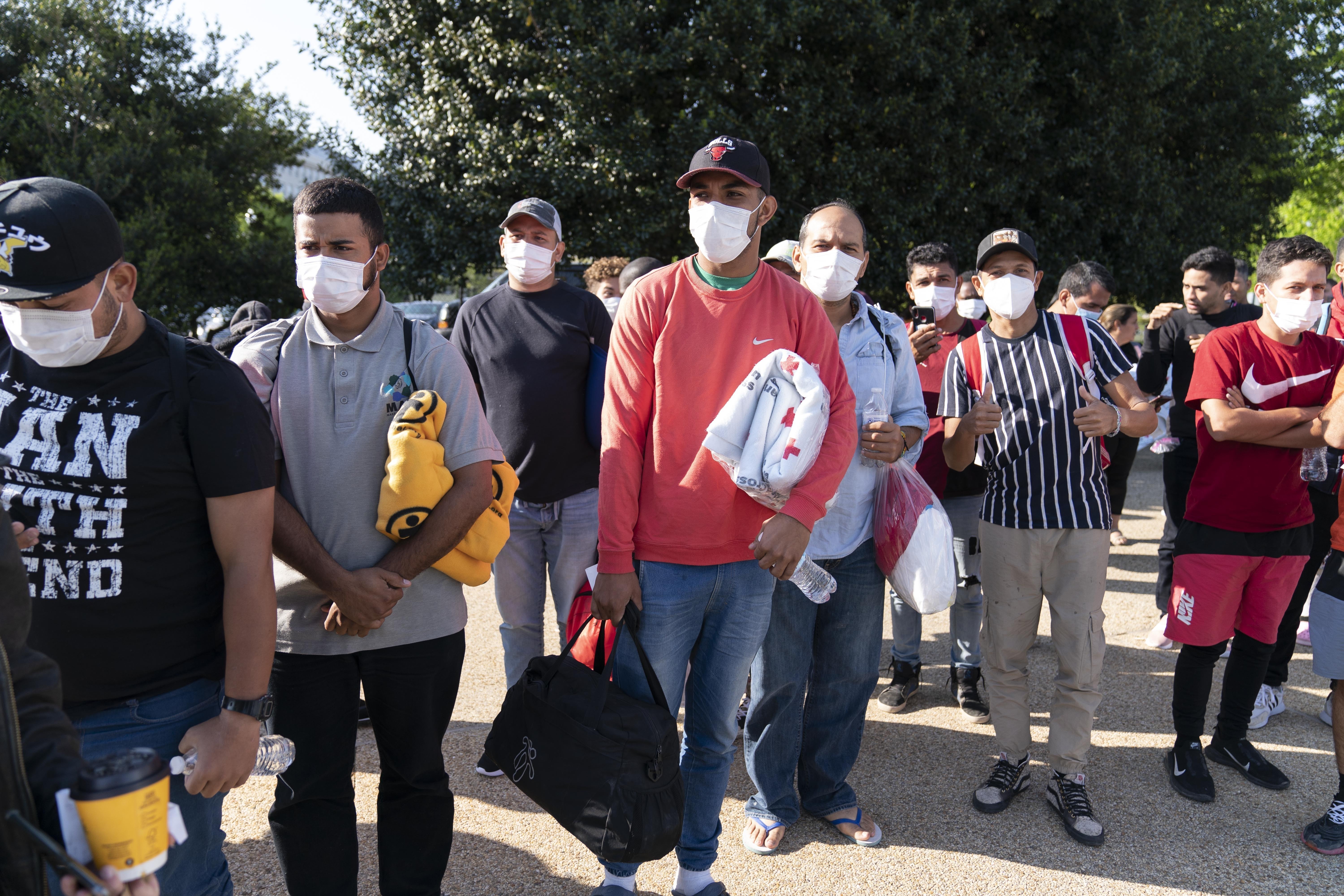 “We do need help. We need the federal government, the state government, to play a role,” Adams told reporters on Tuesday. “This is a humanitarian crisis created by human hands.”

Chicago Mayor Lori Lightfoot, also a Democrat, last week said that she met with officials at the Department of Homeland Security and other agencies and “made it very clear” that they need a plan to help.

“We need federal support, resources, communication and collaboration,” she said. “And that has to come in short order.” But that can’t happen, however, until the city first applies for funding from the Federal Emergency Management Agency.

The issue of Republican governors shipping migrants to Democratic strongholds was thrust into the open after Florida GOP Gov. Ron DeSantis flew dozens of mostly Venezuelan asylum seekers to Martha’s Vineyard, an elite summer vacation spot for the nation’s elite.

But Abbott has spent millions of dollars to bus migrants from his state to Democratic cities since April. He sent about 2,500 to NYC, more than 800 to Chicago and almost 10,000 to Washington, D.C., including several busloads deposited directly in front of Vice President Kamala Harris’ residence at the Naval Observatory.

Abbott’s move has burdened resources and drawn outrage from city leaders, who say the Texas GOP governor and DeSantis are using migrants as pawns in their political stunts. The Republican governors, who are both running for reelection this year, have said they’re trying to draw attention to the Biden administration’s border policies — but the Democratic city leaders say the transports are creating a humanitarian crisis.

“It is difficult to predict the erratic behavior of an erratic governor,” Adams said of Abbott. “We have no idea what’s next for him and what he’s going to do.”

The White House, however, said it is continuing to do “everything we can to support cities as Governor Abbott and Governor DeSantis intentionally create chaos and confusion with their cruel political stunts.”

“While we continue to work with our regional partners to manage the new migration challenge caused by failing authoritarian regimes in Venezuela, Nicaragua, and Cuba, we are also leading a comprehensive effort to support cities that are welcoming the people fleeing communism who Governor DeSantis and Governor Abbott are using as political pawns,” said White House Assistant Press Secretary Abdullah Hasan in a statement. “For instance, FEMA has personnel dedicated to supporting each city, expediting requests for reimbursement as they come in, mobilizing local service provider and non-profit support, and working with other federal agencies to identify additional resources.”

D.C. Mayor Muriel Bowser in early September declared a public emergency over migrants bused to her city, which allows the city to access $10 million to help in the effort. But, as the Washington Post reported at the time, the emergency declaration was also an acknowledgement that the Biden administration wasn’t going to help her.

The Department of Defense had twice rejected Bowser’s request for National Guard troops to help in unloading migrants Abbott and Arizona GOP Gov. Doug Ducey sent to the nation’s capital. The Pentagon, according to the Post, rejected the mayor’s request because National Guard troops aren’t trained in sanitation and food service and deploying them to assist the city could take away from the Guard’s readiness.

The D.C. Council this week, at Bowser’s urging, voted to create a government office that will help provide asylum seekers with food, legal services and temporary shelter, among other things.

“What our country needs is for Congress to fix the immigration system,” Bowser said in a statement after the vote. “We also encourage the Administration to fulfill the requests of cities and states that are receiving buses and planes with no coordination or notification from those sending them.”