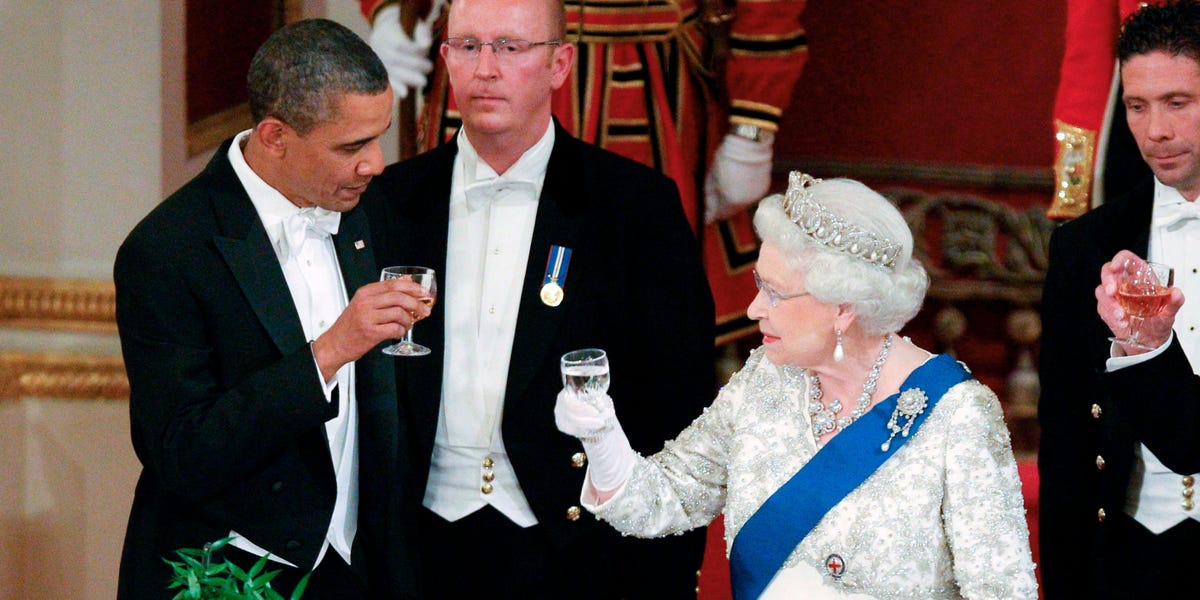 Former US President Barack Obama said Queen Elizabeth II reminded him of his grandmother the first time they met.

In a new tribute posted to Obama’s Twitter account on Monday — the day of the Queen’s funeral — the former president recounted memories shared during their relationship that began during his presidency.

“She reminded me very much of my grandmother which surprised me,” he said in the video tribute. “Not just in appearance, but also in manner.”

Obama said the Queen was “very gracious, no-nonsense” and had a “wry sense of humor”

He added that she was an “excellent listener” and “had a genuine curiosity.”

“She could not have been more kind or thoughtful to me and Michelle,” Obama said.

He then recalled when Michelle visited England with their daughters, Malia and Sasha. Obama said Buckingham Palace reached out unprompted, inviting the three of them to tea.

Once there, Obama said the Queen invited Malia and Sasha to drive around the grounds in her golden carriage.

“It was the sort of generosity and consideration that left a mark in my daughters’ lives that’s still there,” Obama said.

He then spoke of a 2011 State Dinner at Buckingham Palace that both he and Michelle attended, a particularly fancy event to which Michelle brought Her Majesty “a small, modest broach of nominal value.”

After seeing how dressed up the Queen was at the dinner, Michelle became concerned with her gift, Obama said.

But the following night, he said they “reciprocated” the event by hosting a dinner at the American Embassy. The Queen showed up wearing the broach gifted to her by Michelle.

“It was an example of the subtle thoughtfulness that she consistently displayed not just to us but to everybody who she interacted with,” Obama said.

Obama poked fun at her punctuality, recalling how she was “mindful of guests at Buckingham Palace not overstaying their welcome.” Likewise, she was very aware of not overstaying her own welcome wherever she went, often looking at her watch then saying “well, okay, it’s time to go” or “alright, I think we need to wrap this up.”

“The combination of a sense of duty and clear understanding of her role as a symbol for a nation and as a carrier of a certain set of values combined with a very human quality of kindness and consideration I think that is what made her so beloved,” Obama said of Queen Elizabeth. “Not just in Great Britain, but around the world.”

Yep, we’re still ordering our groceries online in 2022 — these are the 7 best apps and sites for getting groceries delivered