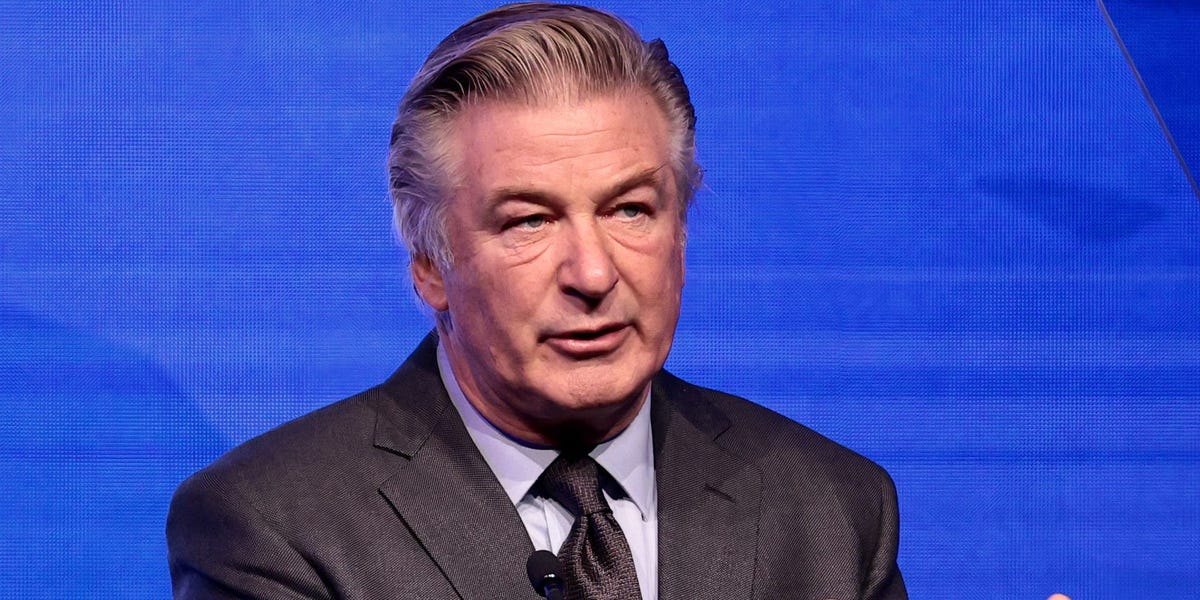 Alec Baldwin is being sued once again by the family of a fallen Marine, who say he sicced his 2.5 million Instagram followers on them when he figured out the Marine’s sister was at the Capitol on January 6, 2021.

Baldwin was initially sued by the family of Marine Lance Corporal Rylee J. McCollum in Wyoming in January, but that case was dismissed in May by a federal judge who said the court didn’t have jurisdiction over the matter, the Associated Press reported at the time. It was refiled last week in the Southern District of New York, where Baldwin lives.

Luke Nikas, an attorney for Baldwin, issued a statement to Insider on Wednesday, saying they “expect to prevail in this lawsuit, as we did the last time they filed it.”

Baldwin first reached out to the family of LCPL McCollum, following his death in Afghanistan in August 2021. McCollum was one of 13 US service-members killed in an attack on the Kabul airport as troops withdrew from Afghanistan.

Baldwin sent $5,000 to Roice, to be passed on to Jiennah. But the McCollum family says Baldwin’s “seemingly benevolent overtures turned into a nightmare” for them when Baldwin later learned that Roice was in DC during the insurrection, according to the lawsuit.

On January 3, 2022, the lawsuit says Roice posted a picture she had taken at the Capitol riot to her Instagram account, to mark the one-year anniversary.

When Baldwin saw the post, he reached out to confirm that Roice was the same woman he sent $5,000 to in honor of her dead brother, according to the lawsuit.

According to the lawsuit, Baldwin wrote a private message to Roice, reading: “Your activities resulted in the unlawful destruction of government property, the death of a law enforcement officer, an assault on the certification of the presidential election. I reposted your photo. Good luck.”

Roice, her sister Cheyenne, and Jiennah — who make up the three plaintiffs in the lawsuit — say that shortly after Baldwin made the post, they started receiving “hostile, aggressive, hateful messages from Baldwin’s followers,” including “death threats.”

“Get raped and die…Your brother got what he deserved,” one of the hostile messages read, according to the lawsuit.

The McCollums say that Baldwin “unequivocally understood” that posting about Roice to his millions of “like-minded followers and posting his commentary would result in the onslaught of threats and hatred that it did.”

The lawsuit says that “at no time did Baldwin discourage these posts even though he was copied on them.”

The lawsuit also says he “continued to chime in on the increasingly hostile feed, saying that Roice ‘participated in the insurrection’ and that she was an ‘insurrectionist.'”

The family argues that this wasn’t true because, while Roice was present at the demonstrations on January 6, they say she “did not take part in, nor did she support or condone the rioting that erupted.” Neither Cheyenne nor Jiennah were in DC for the demonstrations that day, according to the lawsuit.

The lawsuit says about Roice: “During the rioting she was stuck in place outside the Capitol Building next to multiple police officers for hours after the rioting began due to the fact that so many people were around her and the area had been locked down.”

“Later, a neighbor who was unhappy that Roice attended the demonstration turned her in to the authorities. Roice was interviewed by the FBI after the event and was cleared of any wrongdoing. She was never detained, arrested, accused of or charged with any crime,” the lawsuit states.

The FBI did not immediately return Insider’s request for comment on Wednesday about Roice’s activities on January 6, 2021.

Roice, Cheyenne, and Jienneh McCollum say the unwanted exposure from Baldwin left them “fearful for their lives” and gave them from headaches, nausea, the inability to sleep, severe anxiety, and severe mental distress.

They are asking a jury to award them $25 million in damages at trial.

John Vincent Golaszewski, the attorney representing the McCollums, did not immediately return Insider’s request for further comment on Wednesday.