A YouTuber said he traveled nearly 3,000 miles from California to Panama to be in a MrBeast video, knowing he’d likely appear for just 90 seconds 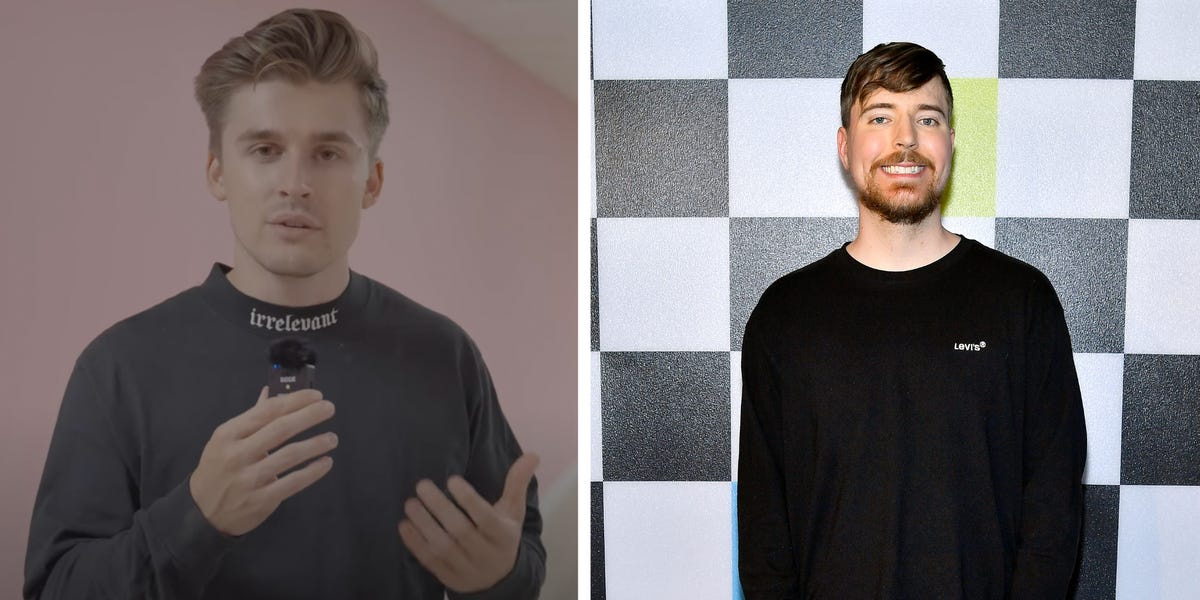 A California-based YouTuber said he traveled to Panama, Central America, to film a video with influencer MrBeast, describing the experience as “awkward” because crew members were “constantly filming” him during the trip.

Ludwig Anders Ahgren, known as “Ludwig” on YouTube, typically posts gaming, comedy, and challenge videos to his 3.5 million subscribers. In a September 9 episode of “The Yard,” a podcast he co-hosts with three other creators, he teased an upcoming collaboration with YouTube superstar MrBeast, who has 104 million subscribers.

Ahgren said that filming took place in Panama, which is roughly 2,950 miles from his home in Los Angeles, saying he expected that only snippets of the footage involving him would make it to the final cut.

“It’s 24 hours of living, and then they use it for 90 seconds of the video. It’s just weird,” he said, adding that he felt that he constantly needed to play up to the cameras while filming with MrBeast.

“You have to kind of be weirdly on for a stretch when any moment could be used because they’re like constantly filming, which I find weird,” he said, adding, “it was awkward.”

The YouTuber did not explain what his purported collaboration with MrBeast was about in the episode, and a collaboration between Ahrgen and MrBeast set in Panama has not currently been posted on either YouTuber’s channel. Ahgren appeared to tease the collaboration in a series of Instagram pictures showing him standing with MrBeast, whose real name is Jimmy Donaldson.

Donaldson is one of the most-followed and highest-paid creators on YouTube. He is known for posting extravagant, high-budget competitions on YouTube involving up to hundreds of featured guests.

In November 2021, Donaldson recreated the set from the Netflix series “Squid Game” and invited 456 contestants to compete for a prize of $456,000 provided by a video game company. His most recent video posted on September 3 involved him playing hide-and-seek with 100 of his subscribers, with an opportunity for each person to win $10,000 by evading capture.

In 2018, Donaldson told The Verge that he funds such projects by reinvesting YouTube ad revenue into new videos. “Every dollar I’ve ever made came from YouTube, and YouTube just pays better than you think,” he said.

Donaldson and Ahgren have filmed several video collaborations together in the past, for example, when the two played a game of poker against one another in September 2021.

Ahgren is primarily known for posting gaming content, first making his name on streaming platform Twitch in 2018. In 2021, Ahgren pivoted from Twitch to YouTube, continuing to post gaming content and also launching an in-person YouTube game show called Mogul Money, which featured famous YouTube and Twitch streamers such as Pokimane and Mizkif as contestants. The show’s concept was similar to American gameshow “Jeopardy!” with contestants having to submit answers around a given theme in the form of a question.

Ahgren and Donaldson did not immediately respond to Insider’s request for comment.