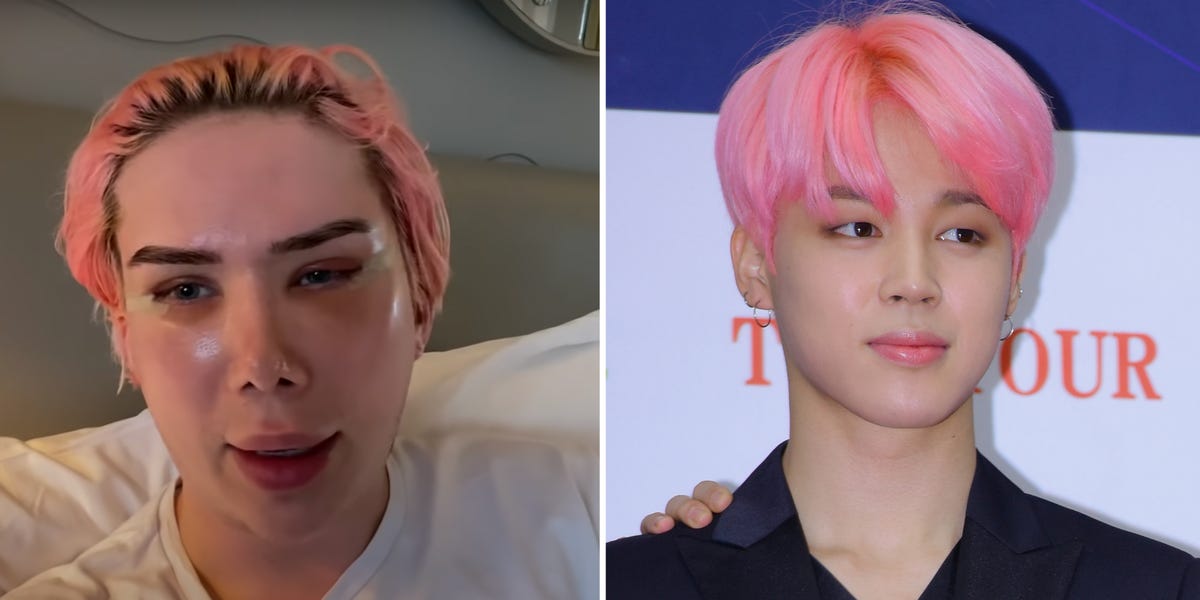 Oli London, a white British influencer who said they had 32 plastic surgeries to look more like BTS band member Park Ji-min, has apologized to the singer and to the Asian community, saying their behavior was “obsessive,” as well as “wrong and unhealthy.”

London, who has 1 million TikTok followers and uses “they” and “them” pronouns, has previously faced backlash and criticism from experts and academics for saying they identify as Korean.

“It was wrong of me to try to emulate Ji-min in such an obsessive way,” London said. “I can’t be another person, I just need to love myself.”

London said they suffered bullying at school, which led to self-esteem issues, and when they discovered Park they saw him as the “path to happiness” and tried to “become” him.

London said they had no “bad intentions” but they “realize now it wasn’t the right thing to do.” They said they had realized they could be happy without trying to emulate Park thanks to their recent marriage to a person they describe as a “Ji-min look-a-like.” In an interview with Newsweek and SWNS in early August, London said they were paying for their husband, Danny Richardson, 19, to undergo plastic surgery to look like Ji-min.

London went on to say they still “identify as Korean.”

In a statement provided to Insider, London said they consider themselves to be “transracial” — a term they have used to describe themself many times in the past.

The statement went on to say they hope to become an honorary Korean citizen and “live as a legally recognized Korean.”

London also said they had been going to therapy to deal with an “addiction to plastic surgery.”

“I changed my entire life thinking I could become as beautiful and as talented as Jimin. But I have finally come to realize this was wrong and unhealthy,” the statement continued.

While the video received some support in the comments, many viewers criticized the video, saying they did not think the influencer should have apologized while maintaining that they identify as Korean.

“You can love Korea and recognize what its culture has done for you (which I am genuinely happy for you) but that doesn’t make you Korean,” one top comment with 229 likes said.

Share
Facebook
Twitter
Pinterest
WhatsApp
Previous articleTikToks by crime-scene cleaners are gaining millions of views, but the gruesome content has led to backlash and even legal trouble
Next articleI spent 13 hours in a first-class sleeper car on one of Thailand’s longest train rides. Here’s how it compares with second and third-class travel.