A reporter’s Siberian memories of Gorbachev, and that Pizza Hut commercial. 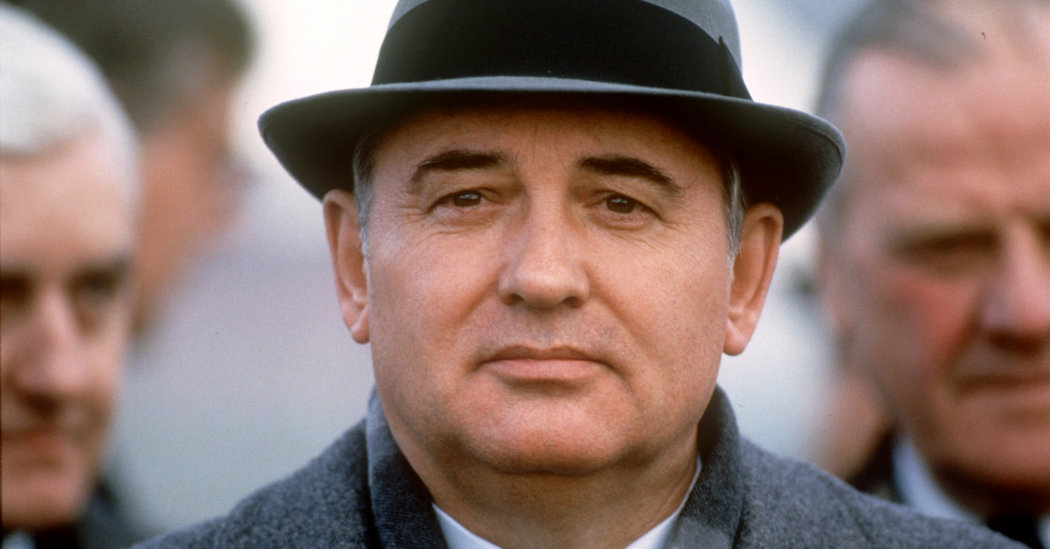 I was 6 when the Soviet Union broke up.

I had no idea at the time that the person most responsible for the overwhelming changes transforming my hometown in Siberia was a man called Mikhail Gorbachev. I remember standing in line for bread in the dying days of Communism, but I don’t remember much discussion of his perestroika (or rebuilding) programs.

It was too cold for that.

I recall sitting on my father’s shoulders at pro-democracy rallies and surveilling the huddled masses in the plaza, but the snatches of conversation I could hear were about people being fed up — not about the man with a distinctive birthmark sitting in the Kremlin, a man I sometimes saw on television.

The name on everyone’s lips at that time, the man of the hour, was Boris Yeltsin. Mr. Yeltsin, the charismatic former leader of the Russian Communist Party, had supplanted Mr. Gorbachev to become the first president of a new, chaotic, violent, poor but democratic nation called Russia.

Ironically, my first distinct, independent memory of Mr. Gorbachev, as perhaps for many of my generation, dates to a 1998 commercial for Pizza Hut. In it, the last Soviet leader takes his granddaughter to the newly opened American fast-food restaurant near Red Square, a move meant to show Russia’s inexorable modernization.

“Thanks to him, we have Pizza Hut!” the grateful restaurant visitors cheer in the ad.

For some reason, the ad always rubbed me wrong way. In our Siberian backwater, we never got any Pizza Huts — few could’ve afforded them. Why is everyone in that ad so smug? I wondered.

A few months after that ad aired, the Russian economy cratered, in its first major crisis since the fall of the Soviet Union — a sign of the superfluousness of the progress envisioned by Mr. Gorbachev.

When I moved to the West to study, I was surprised by the respect and praise Mr. Gorbachev commanded there. His general image in the West — that of a shrewd, iconoclastic statesman who outmaneuvered Soviet hard-liners and brought the Cold War to an end without a nuclear catastrophe — was in jarring contrast to how most Russians saw him.

In Russia, he was widely despised. The Communists, still a major political power in the 1990s, blamed him for breaking up a country they had believed in. The nationalists accused him of giving away a superpower for nothing.

At home, he was viewed by many as a traitor, or at least a naïve fool.

That sense of betrayal is alive in Russia to this day, helping to fuel the rise of Vladimir V. Putin, who six months ago invaded Ukraine, its closest neighbor, railing against the expansion of NATO.

Analysts have drawn a through line to Mr. Gorbachev’s agreement to withdraw hundreds of thousands of Soviet troops from East Germany and allow Germany’s reunification after George H.W. Bush’s secretary of state supposedly assured him that NATO would expand “not one inch eastward.”

History, however, has played out differently. NATO troops are now stationed on Russia’s doorstep.

Many in Russia, even those who cheered the fall of the Soviet Union and the arrival of capitalism, say they are haunted by the thought of what could’ve happened if Mr. Gorbachev had only stood his ground.

Share
Facebook
Twitter
Pinterest
WhatsApp
Previous articleBefore Mikhail Gorbachev’s death, a close friend said the former USSR president was ‘upset’ at the state of Russia and felt his ‘life’s work’ was ruined
Next articleWhy The Terminal List’s Author Was On A Mission For Chris Pratt To Be Cast