A man discovered a gigantic dinosaur skeleton in his backyard, and it could be one of Europe’s biggest finds 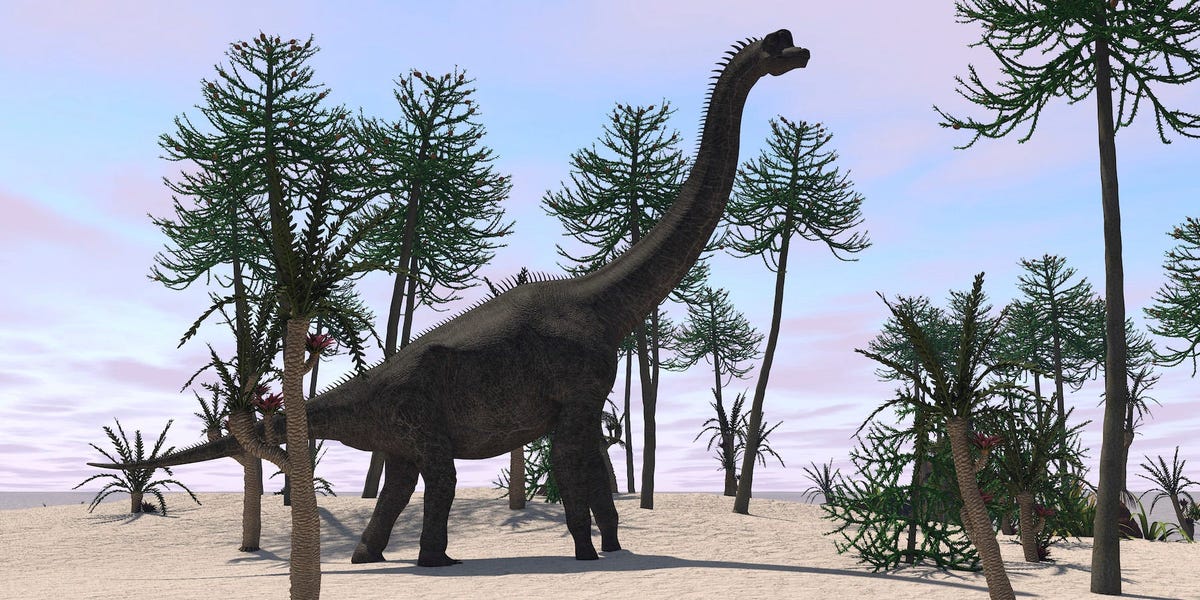 One of Europe’s biggest dinosaur finds may have been unearthed in the backyard of a Portuguese man, according to multiple reports.

Researchers completed an excavation earlier in August of a massive brachiosaur in the city of Pombal, about 25 miles from Coimbra, according to the University of Lisbon.

The fossilized bones were first discovered in 2017 when a Portuguese man began excavations for building work on his house, the BBC reported. Excavations started that year, Phys.org reported.

A brachiosaur is a type of dinosaur known as a sauropod that roamed the planet during the late Jurassic era through to the early Cretaceous — roughly 160 million and 66 million years ago.

The researchers have unearthed the creature’s ribcage and some vertebrae and hope to find the entire skeleton, per the university.

With their long necks and tails, these giant plant-eaters were the largest of all land dinosaurs and could grow to around 82 feet long and 39 feet high, according to Phys.org.

Once fully dug up, it could be among the most gigantic dinosaur finds in Europe, the university said.

Speaking to Phys.org., researcher Elisabete Malafaia said: “It is not usual to find all the ribs of an animal like this, let alone in this position, maintaining their original anatomical position.”