‘A Decade of Fruitless Searching’: The Toll of Dating App Burnout 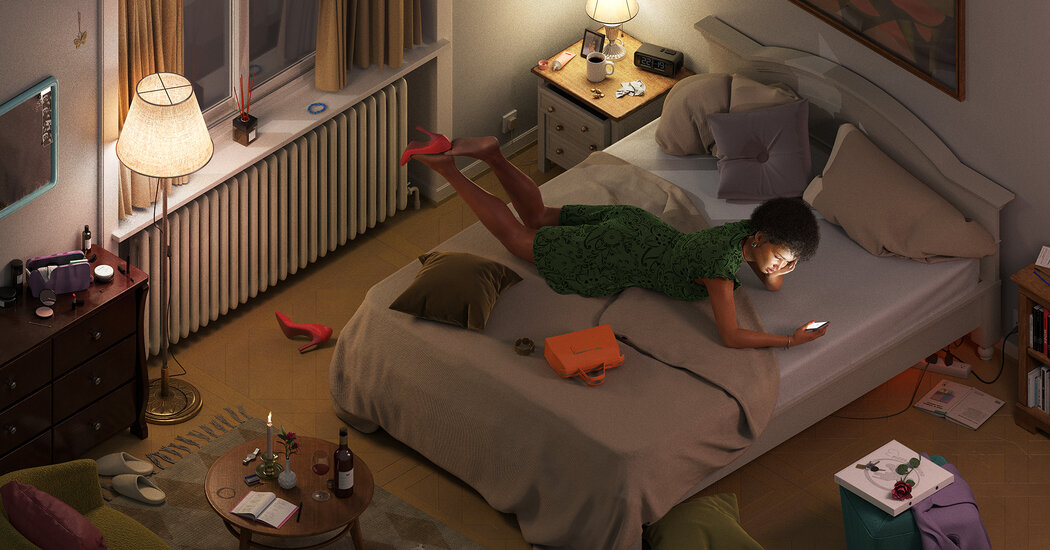 There is evidence that exhaustion may be common, however. An April survey of 500 18- to 54-year-olds by the data analytics company Singles Reports concluded that nearly 80 percent said they experienced emotional burnout or fatigue with online dating. In 2016, Match included a question about fatigue on its annual survey of 5,000 single Americans, and about half of respondents said they were burned out with their dating life.

“After a decade of fruitless searching, I started to ask myself: What has all that time, all that effort, all that money, actually given me?” said Shani Silver, 40, a podcaster and the author of “A Single Revolution,” whose work focuses on changing negative societal narratives about being single.

In the end, she decided that dating apps had taken her time, money and energy, while giving her nothing in return. So on Jan. 26, 2019, Ms. Silver deleted her apps (Tinder, Bumble and Hinge), a decision she described as a kind of epiphany that was the “culmination of a decade of misery.”

The improvement in her mood and energy levels was swift and profound. Before she deleted the apps, she spent any moments of downtime swiping; after, she found she had time throughout the day to rest. She realized she had been feeling anger and resentment toward the happiness of others, and emotionally, mentally and physically drained by existing in a state of constant anticipation.

“Imagine anticipating receiving something good for years,” Ms. Silver said. “Existing in that state of ‘any day now’ for an extremely extended period of time is incredibly unhealthy.”