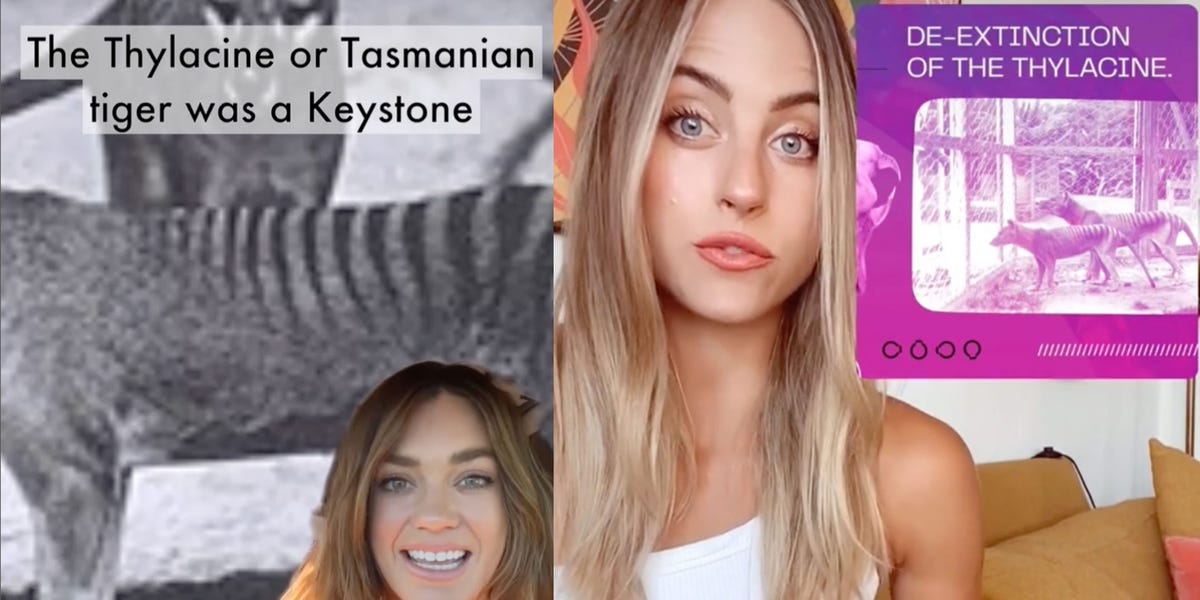 The US biotech company Colossal Biosciences — known for its ambitious “de-extinction” projects  — appears to have hired several social media influencers — including a former “Bachelor” contestant — to promote its multimillion-dollar plans to revive the extinct Tasmanian Tiger.

Colossal previously raised $15 million to revive the woolly mammoth with genetic engineering and reintroduce it to the Arctic tundra, 10,000 years after its last relative roamed the land. Earlier this year, the Texas-based biotech company raised an additional $60 million to advance “de-extinction” technologies and announced its plans to revive the Tasmanian tiger, extinct since 1936, and return the animal to the forests and grasslands of Tasmania.

Some in the scientific community are skeptical of Colossal’s attempts to use influencers to sway public opinion around its projects.

“A research project is not meant to be a brand. You’re not trying to sell something,” Dr. Belinda Barnet, a senior lecturer in media at Swinburne University, told The Guardian. “So, the fact that this has happened should tell us something about research culture, and about how competitive funding has become,” she said.

And while the company’s partnerships with social media influencers may be unusual, it’s also not the first time the firm has enlisted influencers to drum up publicity.

Long, who appeared on Season 22 of “The Bachelor” and describes herself as a science-lover and curiosity-enthusiast in her social media bios, made multiple promotional TikToks for Colossal in the fall of 2021. Long made #ads about the company’s research, and discussed why Colossal’s plans to “re-birth” the woolly mammoth wouldn’t result in a real-life “Jurassic Park” in an October 2021 video, calling the research instead a “solution.”

Despite being publicized to millions of viewers, scientists remain divided on the merits of de-extinction projects. The field is highly controversial, raising concerns around cost, morality, and feasibility. Some argue reviving animals such as the woolly mammoth has conservation and biodiversity benefits, while others insist the idea is “fascinating but dumb” — negatively impacting endangered species by decreasing resources and diverting scientists from working on projects that meaningfully protect the planet.

Professor Kristofer Helgen, chief scientist at the Australian Museum, told The Guardian he was convinced, based on the animal’s molecular biology, that the project was doomed to fail. “I feel very strongly that the underlying science is not there,” he said.

Email tips on all things internet to [email protected]