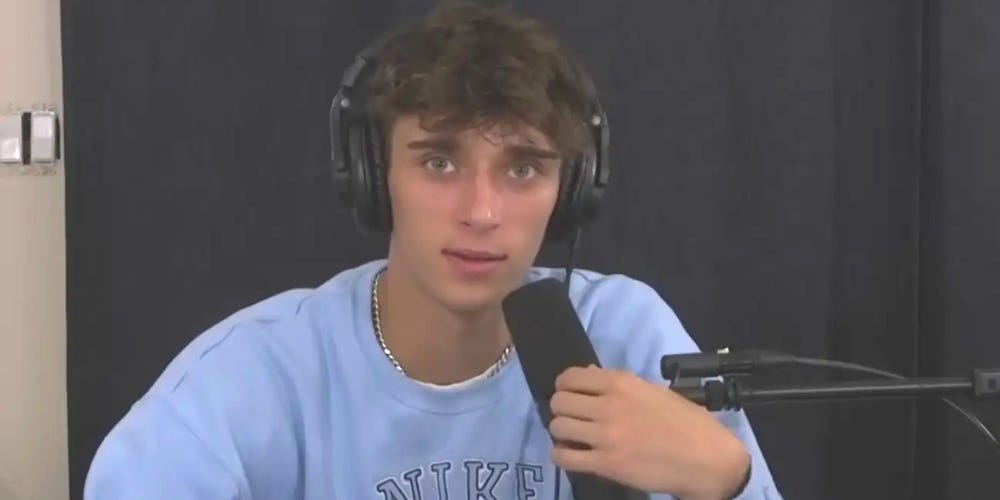 TikTok star Josh Richards has compared the misogynistic comments made by Andrew Tate to women saying “men are trash” on social media in a clip that has been widely circulated online.

Speaking on the August 25 episode of “BFFs,” the podcast he co-hosts with controversial Barstool Sports owner Dave Portnoy, Richards discussed the fact that Tate was recently banned from TikTok, YouTube, and Instagram for violating their policies on misogyny and hate speech.

“I’m not trying to defend him or nothing. I’m just saying, there’s definitely both sides. Like, there’s definitely female creators that are telling females ‘men are trash’ and they’re OK to do that,” Richards, who has 25.6 million TikTok followers, said in the episode.

The YouTube upload of the podcast has received over 295,000 views, and the clip of Richards discussing Tate has been reuploaded by various online commentary accounts on TikTok and Instagram.

The phrase “men are trash” is commonly used online, especially “by women to express their personal anger, hurt, and frustration,” Vicky Spratt wrote in Refinery29.

It is also considered divisive by some. In 2019, the Brazillian gamer and streamer Gabriela Cattuzzo was dropped by her sponsor Razr for using it in response to a sexist remark, while writer Salma El-Wardany claimed that her posts containing the phrase were removed from Instagram for violating its community guidelines.

In the episode, Richards also said, “There’s other guy creators that are just as misogynistic or worse than Andrew Tate that are still online” and went on to discuss the ethical implications of companies like Meta (which owns Facebook and Instagram) deciding “what information goes through and what doesn’t,” which Portnoy said was a “slippery slope.”

Tate exploded in popularity on social media, particularly among men’s rights activists and far-right influencers, in recent months after clips of his misogynistic and violent rhetoric went viral on TikTok and YouTube, gaining millions of views.

The hashtag #AndrewTate had over 13 billion views on TikTok as of mid-August, and several fan accounts continued to thrive on TikTok despite the ban. TikTok has since taken down multiple fan pages after Insider requested comment about whether the accounts violated TikTok’s policies.

Richards is a Canadian influencer who rose to fame on TikTok, where he posts dance videos, lip-syncing videos, video skits, and clips of him participating in popular trends. He also has 2.2 million subscribers on YouTube, 2 million followers on Twitter, and 6.8 million followers on Instagram.

According to a Forbes report published in January 2022, Richards is the fourth highest-earning TikTok star, only beat out by Charli and Dixie D’Amelio and Addison Rae.

Tate previously appeared on Episode 88 of the BFFs podcast, titled “Andrew Tate and Dave Portnoy goe toe to toe,” with Portnoy saying it was Richards who originally wanted Tate as a guest as it would be a “huge, huge episode.”

Richards did not immediately respond to Insider’s request for comment.

Share
Facebook
Twitter
Pinterest
WhatsApp
Previous articleI tested 11 Instant Pots and electric pressure cookers, and these 4 stood above the rest
Next articleAn influencer’s meet-and-greet has gone viral after it descended into chaos, with fans saying they waited hours in line leading to fights and injuries